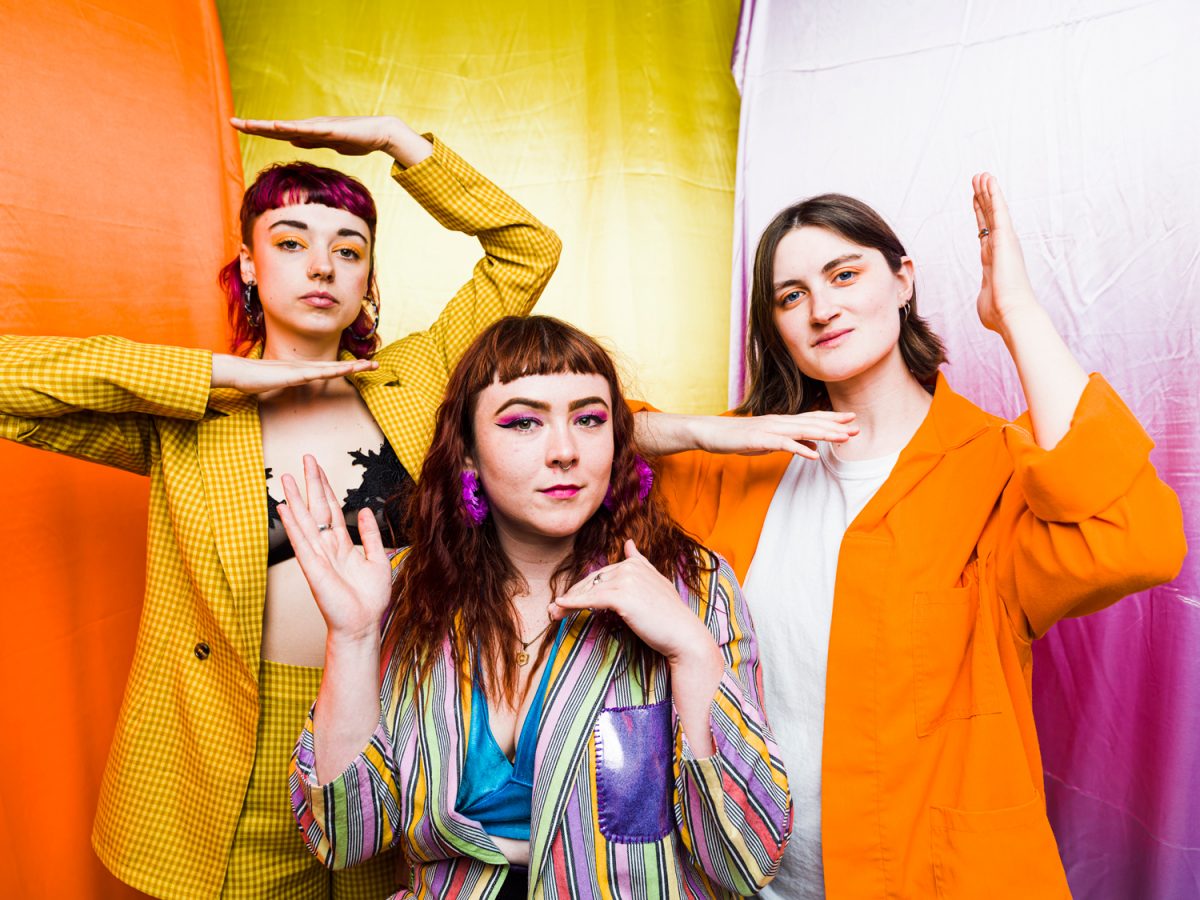 Recent winners include Boy Azooga, Meilyr Jones and Gwenno, each noteworthy in capturing a sense of the now both in Wales and beyond.

This the Prize’s ninth year sees women featuring strongly and upfront, with debut records or new projects by established male and female artists making up much of the rest of the shortlist. All albums were released between August 1 2018 and July 31 2019.

Independent Welsh labels or artists themselves have done most of the heavy lifting this year, showing in itself the strength and worth of creativity of those at industry grassroots.

The final twelve records are chosen out of a list of 89.

Echo The Red showcases half Welsh, half Dutch musician  Accü’s ethereal spell-binding electronica, somewhat unexpectedly including vocals by comedian Stewart Lee on one of the songs. The album was recorded and mixed in Accü’s  caravan in Carmarthenshire and is one of two from Libertino Records on the shortlist.

Clocking up a 6 Music session, multiple support slots and festival dates Adwaith‘s first headline tour took in Manchester’s YES, the venue bustling with fans from Yorkshire, Merseyside and Manchester itself.

Estrons themselves may have called it a day in February, a mere four months after You Say I’m Too Much I Say You’re Not Enough was released, but the fiery angst within did not go unnoticed by the Prize’s judges, earning a place on the list.

Cate Le Bon’s Mercury Music Prize-nominated Reward is widely and enthusiastically received, with sell out shows and a noteworthy appearance on Later…

The record, her fifth, written whilst the musician studied furniture making in the solitude of the Lake District is classic Le Bon, airy synths and trademark saxophone with strong melodic structures and edgy undercurrents.

Rapper Deyah‘s Lover Loner is yet another debut. The long player of RnB soul is self released and carries deeply personal lyrics with a universal messages of love and forgiveness. Not one to rest on her laurels, Deyah releases a new EP in a couple of months.

On her most experimental, powerful and moving album to date, Lleuwen Steffan weaves together ancient Welsh history with personal compositions.

Fresh off tour supporting Metronomy in Europe, the duo’s stories are told through a meld of elegant synth hooks and dancefloor bangers.

Colorama’s Carwyn Ellis is the globetrotter of the twelve artists selected this year. His travels add a different layer to the tropical bossa nova grooves of Joia! with each passport stamp and travel mile.

A suggested idea coming from The Pretenders’ Chrissie Hynde the record was recorded in Rio, jetted back home for Welsh musicians to add some homegrown magic, then off to London for a final polish.

And the lyrics are in Welsh to boot. This is Carwyn’s first album under his own name, with Rio 18.

Mark Roberts has been in various Welsh bands over the years. After countless gigs and tours with Y Cyrff, Y Ffyrc, The Earth and Catatonia, Mark – under the name Mr – presents his first solo album Oesoedd, filled with bouncy bars and relatable humour of the modern world.

Cardiff based singer song writer Lucas J Rowe supported Sean Paul shortly after releasing Touchy Love, his debut album. The self released work is a soulful blend of RnB on this album fuses influences from the likes of Craig David, Usher and Justin Timberlake.

And finally, folk trio VRï return with Tŷ ein Tadau this memoir of Welsh heritage loaded with inspirations from traditional hymns and Sunday morning church bells. The album is earthy, rooted and beautiful.

The Welsh Music Prize will take place in Cardiff on 27 November alongside other activity in celebration of Welsh musicians.

A mixer – last year’s featured 2019 shortlistees HMS Morris and Adwaith in addition to promising countrymen Buzzard Buzzard Buzzard – will take place nearby during the afternoon to showcase short performances from three emerging artists and an opportunity to network with those from the wider UK music industry.

Huw Stephens said, ‘Every year I’m blown away by the music coming from Welsh artists and the popularity of music made in Wales is just growing and growing. I know it’s always such a difficult decision for our judges to decide. None the less, all of the artists have streams of creativity that will take them onward in today’s music world.’