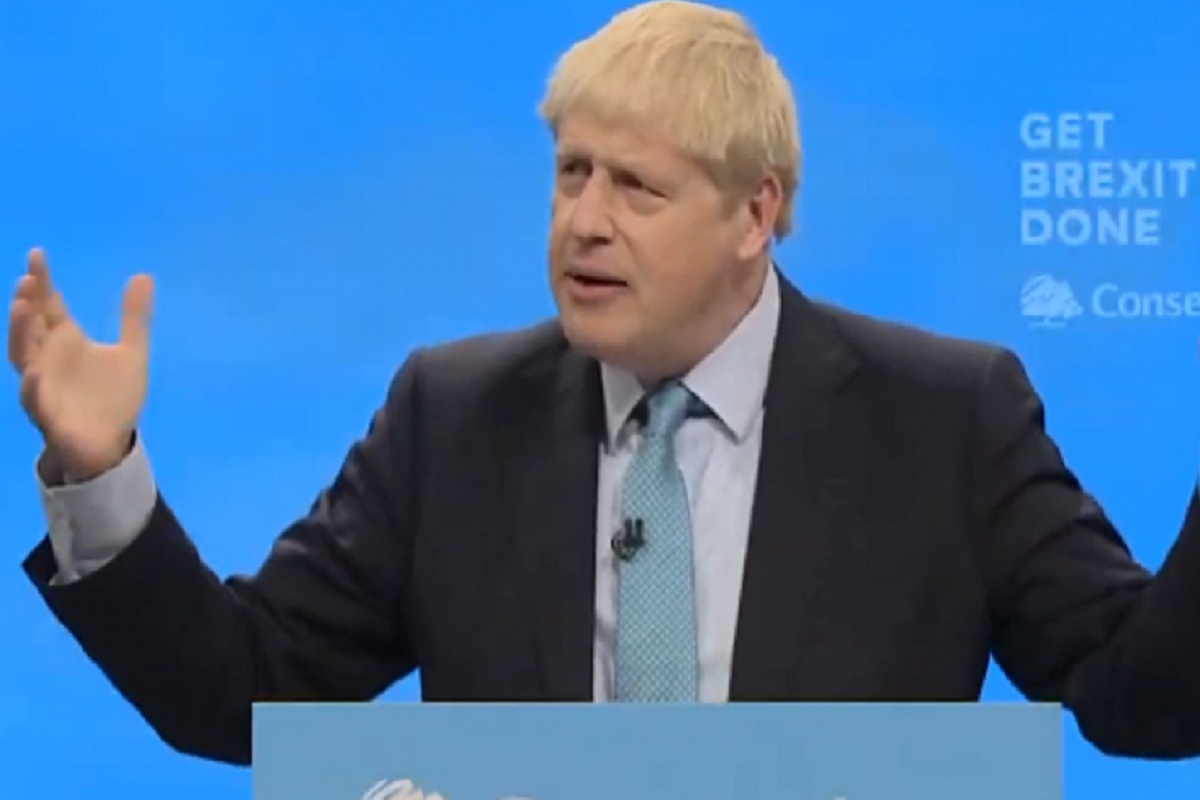 The General Election is only weeks away, Getintothis’ Jono Podmore looks at the nastiness and desperation peddled by those at the top.

There’s some profoundly nasty and desperate behaviour coming from the Conservatives as the election campaign gathers pace.

There’s the usual palimpsest of Johnson’s lies and reversals, layered over each other in order to deliberately bewilder and distract anyone conscientious enough to take him to task; there’s the suppression of the report into Russian interference in British democracy; there’s the outright contempt for the suffering of people outside of the Tory constituency of privilege and/or ignorance; there’s the courting of vile (including anti-Semite) racist thuggery in order to capture the Brexiteer vote; all issues among others that deserve proper scrutiny as the weeks go by.

Yet they all gather behind the one central lie from Tory central office. The mendacious rallying cry of their entire campaign: the promise to Get Brexit Done!

Over and done with.

Put it behind us and move on.

This shameless reduction has the fingerprints of Dominic Cummings all over it.

As untrue as the “350 million quid and Turkey” that he used to galvanise the Leave campaign back in 2016, now reduced down to just one simple, single untruth.

He’s banking this entire election on the premise that the English people have been encouraged over generations to care little for European politics, and less for European people.

That they have been trained to resist at all costs the swarthy hands of the Frog on our delicate pallid island, the goose-stepping Kraut stamping upon our clouded hills, or even worse the Muslim hordes of Turks gnashing their sharpened teeth along our coast.

Cummings is making an emotional appeal to this racist and ignorant rump of the population with an utter shameless lie: vote for us and IT WILL ALL END.

The Frog, Kraut and Turk will all go away and have no power over the sceptr’d isle ever again.

Not only is this racist and myopic, it is utterly and deliberately misleading. In fact the reverse will be the case.

To quote a BBC Reality Check: “Brexit would not be done. The legally binding deal we’re talking about at the moment covers only the divorce, not the future relationship.”

Any Brexit deal will mean up to fifteen years or more of negotiation with the EU.

If the Tories get their way and the oft-postponed Brexit day finally dawns, it will usher in years upon years of negotiations – and tough negotiations too.

Far from the plucky English and Welsh patriot never having to clap their sorry eyes on the like of Michel Barnier again, the reality is that anything other than revoking Article 50 and staying in the EU will mean YEARS of the beloved silver-haired renard holding British negotiators to account in the interests of the other 27 countries who have the wit to actually co-operate with each other.

Brexit does not mean Brexit.

Brexit means more EU in your face, painting your incompetent politicians into corners for a generation.