With Mac DeMarco’s Liverpool show next week, Getintothis’ John Witherspoon provides a heartfelt account on the slacker king and his style over substance.

Mac DeMarco’s likability has long outweighed his substance, and I still love him.

Next week, Liverpool welcomes the indie rock icon to perform at the Mountford Hall.

Back in May, the Canadian’s almost-laughably safe release, Here Comes The Cowboy received the lukewarm reviews it deserved. On the road once more though, at this point  in a remarkable career, you get the feeling the slacker king doesn’t give a damn.

The thing is, neither do I. Nothing will excite me more than lining up for this one. I will smile warmly at every knackered-Vans-wearing Mac disciple I see, and hope that we get chatting over a cigarette.

This is a curious confession to make for an increasingly angry cynic such as myself.

I should not love Mac DeMarco. Though I found recent single, Nobody, to be a thing of simple beauty (and my all-time favourite Mac song), I can very much take-or-leave the albums.

And yet, love him I do. I love him as a performer, a person, and perhaps a bona-fide spiritual leader. To put it in newspeak, Mac DeMarco is my absolute favourite thing on Youtube.

Mac can pen a lovely tune, but his likability and charisma have long outweighed his musical qualities.

Ode to Viceroy’s Clapton-nicking riffs weren’t for me until I saw the video. In a brilliantly trashy 90’s homage, Mac’s love affair with the camera becomes quickly apparent, and already had me chuckling.

Next, I watched him doing tunes from Salad Days live on KEXP.

It was in this video, where despite touring fatigue and a stinking cold to boot, Mac displays such carefree and infectious titting about that I became hooked on how he made me feel. All funny voices and faces. All laughter. All energy. He was like the closest thing in real life to Wayne Campbell I’d ever seen. I never knew you could be silly during the actual singing of the song.

I hoovered up every interview, documentary, and scrap of live footage I could get my hands on.

In 2015, I tried extra hard to love his mini-LP Another One, and when I could not, it was already pretty much an irrelevancy. Because that Making Of video! Mac DeMarco gold. One of my favourites.

His sweetheart Keira films as Mac tracks every instrument himself at their house in Rockaway, New York. Mac showboats at a keyboard in a Simpsons T-shirt, spilling drinks on the floor. Keira giggles helplessly. They talk rubbish in the car on a shop run. They are adorable.

By this point I was half tempted to jump on a plane and knock round. Surely it was time for Mac and me to be great mates. As it happens, plenty of fans tried it. One might have sympathy for DeMarco, had he not signed off on the record by disclosing his full address and the words, “come on over, I’ll make you a cup of coffee.”

Legend has it that more often than not, he put the kettle on.

I still turn to these videos on a regular basis. They are my instant cure for self-pity and general funk. Watch Pepperoni Playboy (a 2014 documentary on the Salad Days album and tour), and I bet you treat what’s left of your day with a healthier, sillier perspective.

Songs From Under the Floorboards #7: The Anemic Boyfriends, Camille, Jackie Brenston

Watch his beautifully inclusive (and hungover) gig at ‘House of Strombo’, and you’re sure to feel included. See him strolling through a park in Paris, singing and strumming a classical guitar, and remember that life should just be kindness and smiles. To watch Mac work is to remember that happiness and silliness are choices, however you’re getting on.

I am of the opinion that his music is over-rated. As a songwriter myself, this usually inspires in me both bitterness and jealousy, but not where Mac is concerned. Like all the best personalities, he is just too damn devoid of arrogance. Utterly without pretence. Humble. I am the Evertonian to his Jurgen Klopp: not the biggest fan, but it’s impossible not to wish him well.

If infectious playfulness and a gap-toothed grin are the principal tools that made Mac the oft-labelled Prince of Indie, it says a lot about where the kids are at today.

In a frightening and fractured world that we are intent on destroying, sheer positivity has never been more attractive. Perhaps the more shy and serious performers, helplessly within themselves on stage, are just an increasingly disappointing night out. 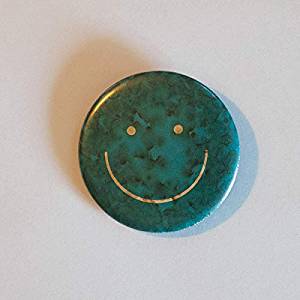 The tortured songwriter isn’t always a contrived persona (see Elliott Smith), and above all else, we want authenticity. But we also want a show. We want some faith in humanity restored.

Most frontmen are not Mac DeMarco because getting out of one’s head and wretched worries is a difficult skill to master. Most of us shit the bed when a camera is on us. Most of us deliver weak jokes between songs that don’t land.

Most of us shirk the responsibility to include the crowd, as though that falls on the crowd themselves. I know that people paying to see me is a gift. People listening attentively is a bonus. How dare I assume they owe me an atmosphere too?

Mac DeMarco taught me that. Leave the ego and preciousness backstage. Loosen up for Christ’s sake, and give them the show they came for. Mac has done this relentlessly for the best part of a decade.

And for one whose discography is comprised mostly of gentle love songs, the shows are wild, sweaty and unpredictable. Expect crowd-surfing, semi-nudity and hard-rocking covers at the end. A respectful There She Goes perhaps? Or The Beatles? It could just as conceivably be Limp Bizkit.

Inclusivity is the thing. The best performers are such because they have powers of inclusivity that are as crucial as the art itself. Get them singing along, get them playing their part in an atmosphere of love and happiness.

If there’s one city that demands inclusivity at a gig, it’s Liverpool. Mac DeMarco is unlikely to disappoint.