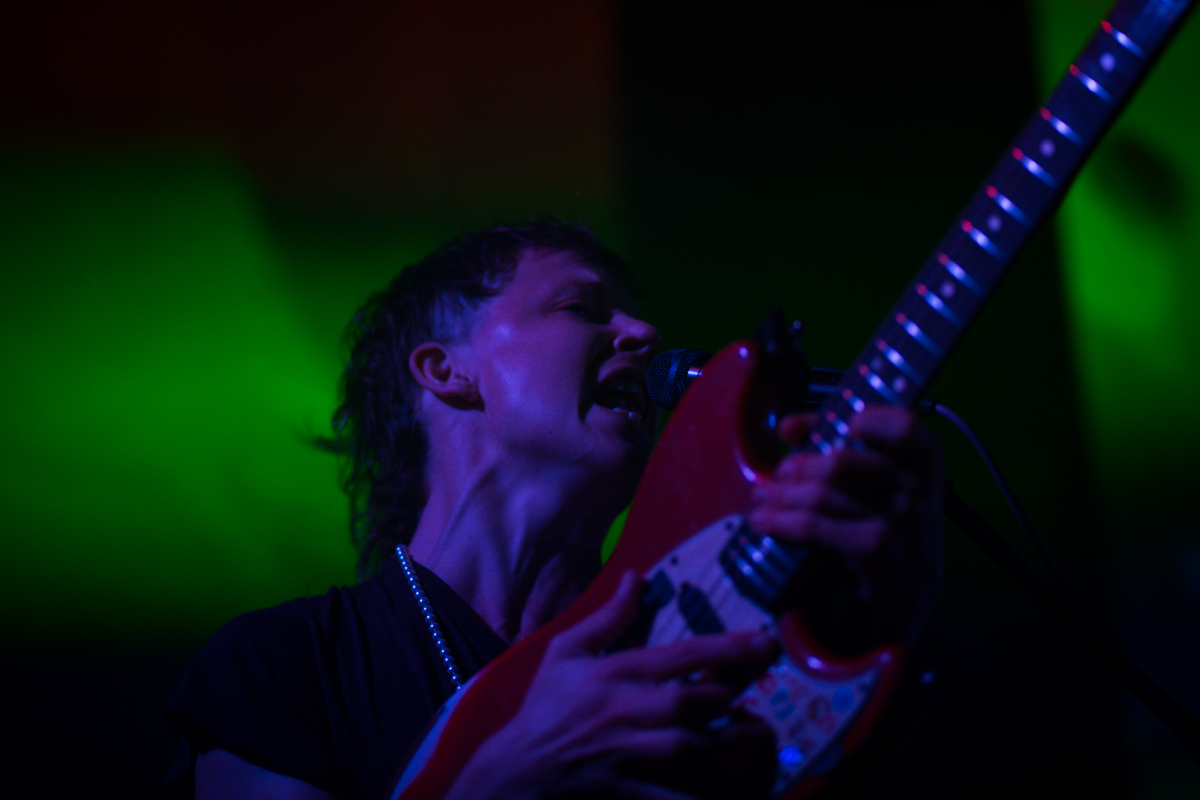 Aussie 5-piece Pond brought their melodies to the Midlands in an almost-sold out show at The Crossing, Digbeth. Getintothis’ Emily Clark was there to see them make a splash.

Located on the outskirts of Birmingham, Digbeth is the perfect setting for a pre-gig warm-up. The streets are lined with quirky bars serving local ale at low prices; what more could you want?

In Dig Brew Co., we drink hoppy, mosaic pale and snack on the huge Neapolitan-style pizzas. It is clear this is a hang out for those attending the show, and the atmosphere buzzes with excitement and mumbles of what is expected on the setlist.

Tonight kicks off the UK leg of the European tour, after performing in the likes of Copenhagen and Berlin. Across the rest of the week, the band will travel to Glasgow, Manchester and Leeds, before ending in the Electric Brixton, London.

It’s all to celebrate their eighth studio album, Tasmania, which was released earlier this year.

The support act, Jade Imagine, get the crowd going with a mix of catchy choruses and upbeat tracks.

The band explain that The News is about not being able to keep up with goings on, which appears apt amidst this current political climate.

As soon as Pond appear onstage, it is clear that lead singer, Nick Allbrook, was born to be a performer – the stage is where he belongs. He is effeminate and dramatic in his dancing, strutting across the stage as though he owns it.

He shares several anecdotes, from attempting to perform fewer songs about meth to being detained in America for “being an unsavoury character”; which provokes laughs that ripple across the room.

At one point, he hands the microphone to a fan in the crowd who proceeds to shout “F*** Boris Johnson!”, which elicits a roaring cheer from the rest of the audience.

Throughout the rest of the gig, he interacts with us in other ways – jumping into the middle of the crowd during Don’t Look At the Sun (Or You’ll Go Blind), and crowd surfing during Burnt Out Star.

The band wow with hits such as Paint Me Silver, Sweep Me Off My Feet and Daisy. Allbrook’s voice falters at points and a few of the songs are sung an octave lower than their recorded versions, but the crowd aren’t complaining.

It is a great show made better by the fact that the band seem to be thoroughly enjoying themselves. They dance along to the music and share the occasional laugh between songs, creating the impression that they really want to be there.

After a powerful set, they return to chants of “one more song!”, to perform an encore consisting of Giant Tortoise and Man It Feels Like Space Again.

Pond are a spectacular live act, and we wouldn’t expect anything less of the band that basically birthed Tame Impala. Do not miss.