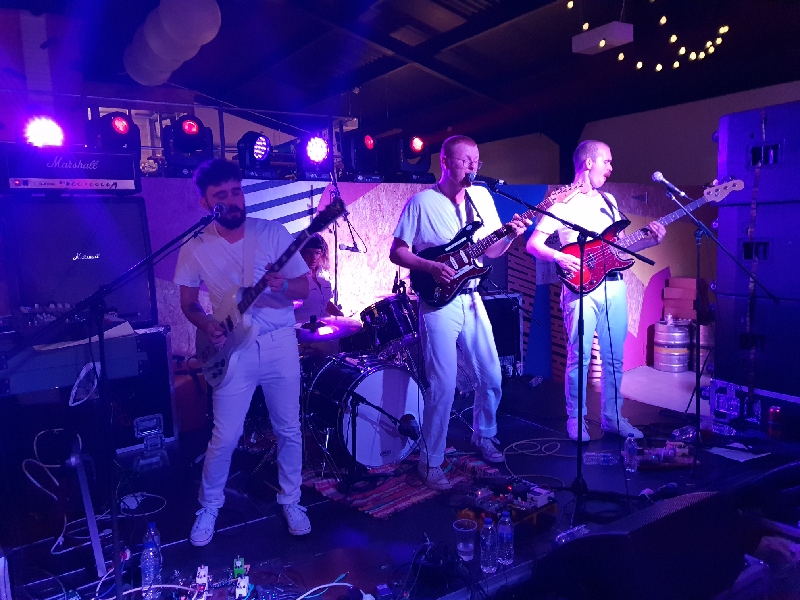 SPQR played the second of their sold out nights at the Stockroom, Getintothis’ Lewis Ridley headed down.

There aren’t many bands who can boast to selling out two nights in this city.

There are the obvious names, the arena contenders, and there’s been a couple of residencies too. But SPQR made a statement earlier this year when they penned theselves in for back to back gigs at one of the city’s newest venues.

Stockroom, the baby of the Kazimier gang, is an intimate venue, anyone who has been down knows that.

It is one of the smaller venues in Liverpool, but as attendees were to find out, the beauty of these gigs was in the fact they were contained within this atmosphere.

As faces moved from the garden into the venue itself in anticipation for SPQR, it became clear that this gig was a celebration, the band played accordingly.

They cut the figures of a band that really enjoy making music, and thrive in an environment such as last night where everyone in attendance was there to have a real good time.

Songs from their second EP, released in April, feature on a sharp setlist.

Slowly especially is once again a highlight – last night, it was met with a mosh pit. Why not?

The band are joined by Salt the Snail frontman Krystian Hudson and trombone wizard Charly Reed, it all went collaborative for a while, making for a cool Liverpool spectacle.

These shows felt like so many things. Mostly good. We can’t thank everyone enough for giving us moments we won’t forget! Thanks to our special guests Beija Flo, Charly Reed Salt The Snail and to Lennie Dies and Chupa Cabra for opening for us! We are a lucky band.

They have a good time playing here, but with music that is as likeable as they have, you can see why people from further afield are taking a lot of notice.

They suppot METZ on November 30 at Phase One.