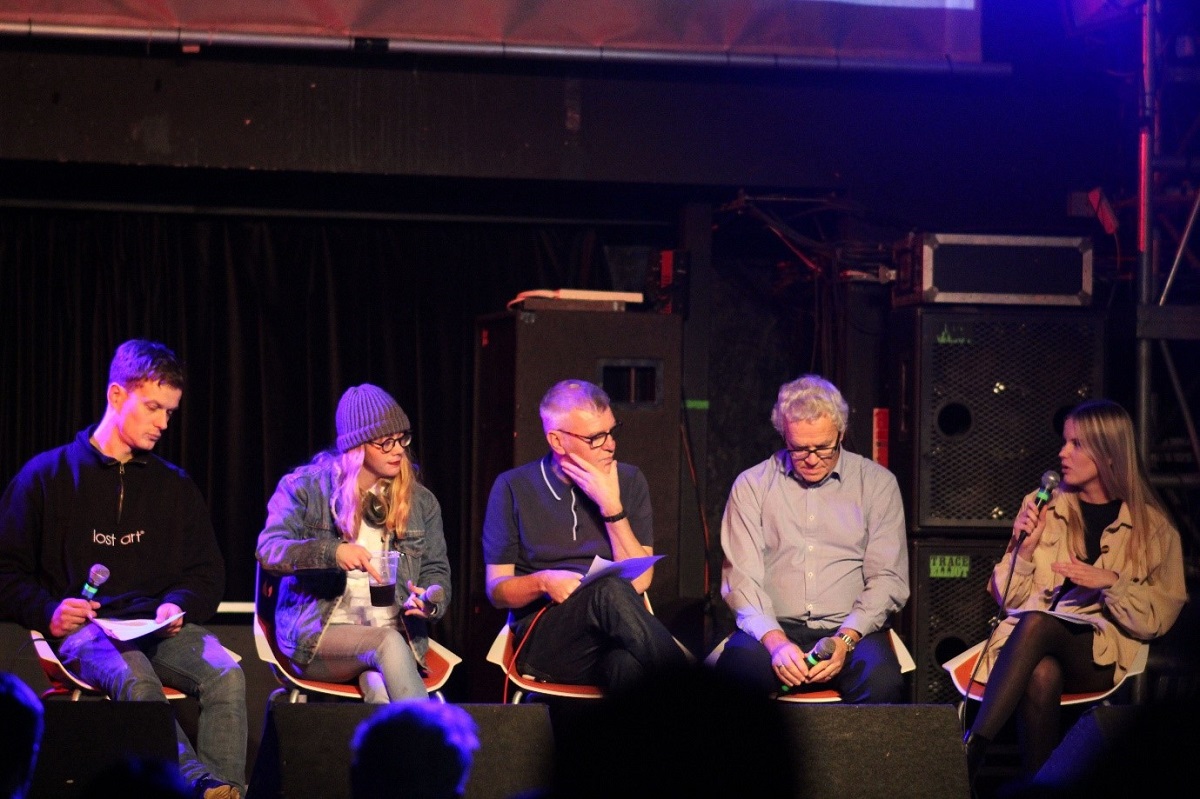 Anyone who has been part of the pub, club and venue scene in the city will have experienced the regular venue closures or noise limitations that have dogged the night-time economy.

Some closures have been caused by property owners evicting the tenants. Some have been closed or severely restricted because of noise complaints.

Cultural businesses often feel like they are “regeneration fodder”, used as early occupiers to make an area cool. The Kazimier was the poster child for the city’s culture offering. The same year it was demolished!

Thursday 28th November 2019, Friday Vision hosted and event at the wonderful District, a venue in the Baltic Triangle, so that we could hear some real stories of what’s going on and hear about new national guidelines, recently adopted by Liverpool City Council called Agent of Change.

The hope is that these new guidelines will put the responsibility on developers to ensure that new apartments are adequately insulated for sound and that the residents know when they are moving into an area that has music venues.

Around five dozen representatives from the cultural side of Liverpool shuffled in from the cold damp dusk to grab a bevvy and have a natter in the gloom before the show started. Some huddled in groups, some hid in the corners, cat-like, sizing up the others.

The panel assembled on the stage, each with a Shure SM58 mic and a fancy chair.

Becca Frankland, Liverpool-based music journalist of Friday Vision introduced herself as the host and invited the panel to say who they were.

We heard what Agent of Change (AoC) is all about. It isn’t yet legislation, it’s a recommendation for planning decisions where there might be a noise issue.

Stated simply, if a development is applying for planning approval and it’s going to be next to an existing music venue, then the new development has to take measures to protect the new tenants from noise emanating from the venue.

Historically, many new developments have not taken this into account and residents have complained, resulting in closure of the venue.

There is still work to be done, lobbying to convert the AoC guidelines into actual law, but that’s the next stage.

In the meantime, the Council can use the guidelines to protect venues.

The latest sad news is that 24 Kitchen Street are now facing serious risk of closure due to planning proposals.

In a statement today, 24 Kitchen Street said ‘Unfortunately it looks like our worst fears are being confirmed, we’ve just found out that @lpoolcouncil are looking to give permission for the neighbouring block of flats to install windows that will, according to acoustic surveys conducted both on our behalf and the developer, almost certainly lead to noise complaints once residents move in (Sept 2020). As has happened with venues up and down the country, noise complaints get venues shut down.’

Surely this goes against everything that Agents for Change is supposed to protect venues from. Maybe AoC is just that bit too late in coming to help 24 Kitchen Street.

Hopefully this is not an indication of how toothless AoC will be if it does not become law.

2/4 fantastic independent venues. Planning permissions for residential development must always take the needs of venues into account. These places are the very soul of the area & were here at the beginning – adding so much to the growth & the profile of the area…

4/4 Baltic Triangle fully supports the #savekitchenstreet campaign and the need to find a solution that satisfies all parties – whilst also protecting the rights of venues to exist and to flourish.

But as is clear that venues like 24 Kitchen Street are still currently at risk.

We need  the Council to show they are prepared to back up their rhetoric with action on the street and start protecting these valuable cultural assets.

The fact that AoC is not a law is a primary weakness, but the audience were assured that the Environmental Health Department worked hard to listen to all sides and make evidence-based decisions, not just side with the money.

❌ This is grim – Liverpool's iconic @24KitchenStreet under new threat of closure: https://t.co/56zRO2hBjP

Noise assessments, we were told, would take place at the times when clubs were active, not when they were closed and quiet.

This is important as it sets the benchmark for what the developer needs to protect residential tenants from with sound insulation, glazing, building design, etc.

Of course whatever the decision, someone will be unhappy.

We heard the story of the past three years where 24 Kitchen Street have transitioned from club culture facilitators to acquiring knowledge about local planning processes.

They have had to pay vast sums to commission their own noise surveys to oppose the developer, following suggestions that noise surveys were originally done in a way to disadvantage 24 Kitchen Street.

Obviously, 24 Kitchen Street are now suffering from this, and there are plenty of examples of venues closing and very few successes stories when it comes to fighting big developers.

‘Liverpool is a Unesco World Heritage site for music, so it is ironic that the council is failing to protect grassroots & independent music in the city.’

We hope that 24 Kitchen Street are able to overcome their current crisis and continue to provide a well planned, well operated and essential venue.

The advice for venue owners going forward is to get your own noise consultant, as they will probably find flaws in a developer’s study.

The way it works is that a developer will conduct a noise survey but might be tempted to measure the noise at a quiet time, behind a wall or in a lobby facing away from the club. They will then design the building to cope with that sound level.

The new residents might not know there is a club next door, so when they move in, they will immediately start complaining that the venue is too noisy, and they can’t sleep.

To counter this, the venue must anticipate this and commission their own survey and present that as part of the planning discussion. Then, hopefully, the developer will be required to insulate to the actual noise requirements.

The agreed noise level – in decibels taken from a sensible position and at a typical club operating time – is what is checked when any complaints are received by the council.

The hope is that if the AoC guidelines have been followed, then the complaint will not be upheld if the noise measure is less that the approved level. The show can go on.

We wait to see if Agent for Change can help with the situation facing 24 Kitchen Street, as residents prepare move in to the nearby development.

It’s quite likely that the buyers of the apartments will not have conducted local searches to discover that there is a club next door, and the residents might not have been informed.

Apparently, there is no legal requirement for this, so it could all get a bit tasty.

Many people we have spoken to think that there has been too much residential development in the Baltic Triangle and that is was counter to the original mission when the Baltic Quarter was set up.

However, the good news, announced by Kevin McManus, is that funding has been applied for to support music businesses in the city with a focus on infrastructure, marketing and a web presence.

How AoC is actually applied and how much support venues get against large, aggressive developers, is unfortunately yet to be seen.

Re: @24KitchenStreet – also demand more from the developer, who ultimately are the ones seeking permission to build with inappropriate building materials.

Show dissatisfaction at the architects who designed it; the acoustician who worked on it; @ISGplc for building it!

Tonight’s event was a call-to-arms to lobby the council and support the venues and clubs so that they can set the right precedents to keep our thriving grass-roots culture there for us. Fight for your right to party!

Melodic Distraction have recorded the Friday Vision event made it available on their website and Mixcloud as a podcast.

Editors comment: “Truly grim. Our hearts goes out to Ioan, Saad and the team at 24 Kitchen Street – they’ve jumped through hoops, attended every meeting available, co-operated with every channel available, played ball every step of the way.

Why have a Music Board. This kind of message is utterly against everything those at the top are preaching. Joe Anderson wants a BRIT school kind to help all musicians of all backgrounds he told a packed room at the BME earlier this year.

Well try retaining the venues which allow these people to ply their trade and most importantly help support the people who turn abandoned spaces into vital spaces which draw world class artistry from all over the world.