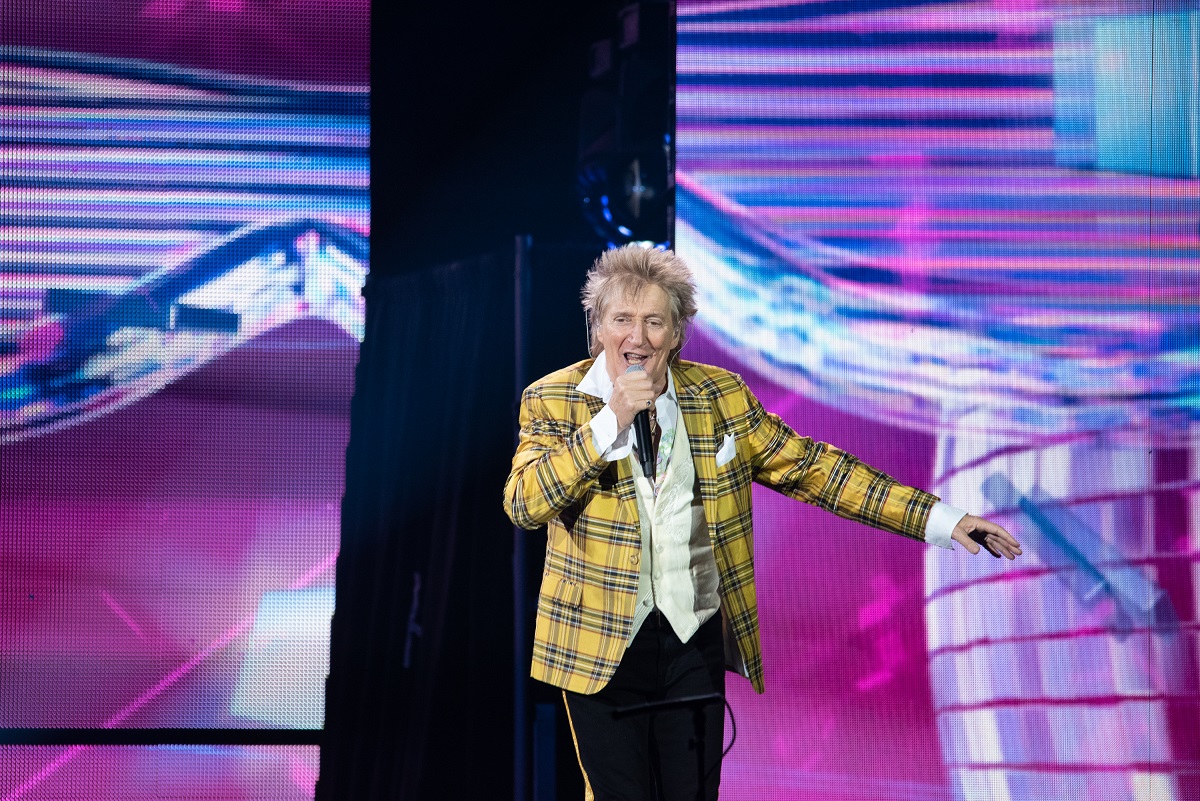 Rod Stewart played Liverpool on the windiest night of the year Getintothis’ Rick Leach was blown away by a master storyteller.

Sometimes you have to pinch yourself.

Rod Stewart has been around for ages but even at the age of 74 he shows no sign of slowing down.

He promised us a show at the M&S Bank Arena and on a cold and wet December night, we got one to remember.

We figured we knew what we’d get in advance; a highly professional band, well-honed backing singers and a run through his large and surprisingly varied back catalogue.

Rod has been doing this so for so long, we half-anticipated that he’d be dialing it in a touch. After all, at 74 that’s understandable. Rod, like the rest of us, deserves to put his feet up just a little bit now he’s hit his three score years and ten.

What we didn’t expect was such a vibrant and quite frankly, barnstorming show.

And we use the word show rather than gig, because this is what he gave us; a show. We may have been on the banks of the Mersey but this was something that could just as easily have fitted it in the desert in Nevada. Las Vegas or Liverpool; it doesn’t matter. Rod is a consummate showman.

The word “show” however, comes with all sorts of cheesy connotations. There’s an implication of style over substance, a lack of sincerity and tired old tropes.

Yet there was none of that with Rod Stewart.

Stewart is someone who clearly loves his music. He’s been doing it for so long; over half a century. No one does anything for that long if they don’t love it. That’s longer than most people work for.

Most people have hung up there working boots a decade earlier than Rod, but he still keeps going, still with that urge to both entertain and communicate.

Despite the really foul weather (more Reykjavik than Vegas it must be said), everyone was determined to have a good time and Stewart kicked it off big style with a stirring rendition of Some Guys Have All The Luck and followed that up with a cover of the great Sam Cooke’s Having A Party.

“It’s pissing down out there,” he said two songs in. “But we’re going to give you a show.” And he did.

Brian Wilson, Pet Sounds and the making of a masterpiece

Rod Stewart has that rare gift of not only being able to pen some marvelous songs himself; Maggie May, The Killing of Georgie (both of which were highlights of the show) but he’s a prime interpreter of other’s tunes.

Yet he doesn’t simply cover songs. He does more than that. There‘s something about him that harks back to an earlier age. It’s the songs themselves that are important.

Stewart seems to add more, add something intangible and his own unique touch and he’s done this throughout his career, whether with The Jeff Back Group, The Faces or as a solo artist.

There’s a deep love for the music and for the songs. A deep understanding- and it should be said, a deep reverence for them. We could hear it in his versions of It Takes Two and Downtown Train.

It’s too easy and too lazy to rush to instant judgement and presume that he’s simply going through the motions but when you see and hear him performing such classics as these, then it hits you. He’s been listening to music for longer, much longer than most of just have been alive (something he mentioned between songs with a wry smile).

What a fantastic evening @MandSBankArena watching the legend that is @rodstewart. Thanks to @RadioCity967 for inviting us, much appreciated. Hope you enjoyed the gig if you went, Sir Rod did not disappoint. #Liverpool pic.twitter.com/IYH0r31xUh

And he kept those songs going through the show; Forever Young, First Cut Is The Deepest, I Don’t Want To Talk About It, Have I Told You Lately. Stewart kept them coming one after another and with a remarkably powerful voice which seemed to get stronger and stronger as the show went on.

At the end, it was a great night, a perfect two hours away from the storms crossing the Atlantic and whipping the shores of the Mersey, in the company of master storyteller who still loves his craft as much as he does his famed model trains.

He made us forget the pissing down rain and by the time we left the Arena with those songs in our heart and smiles on our faces, it had stopped raining. The magic of Rod. 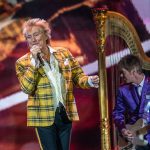 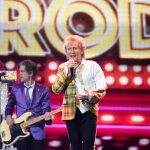 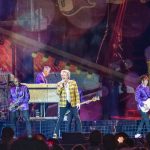