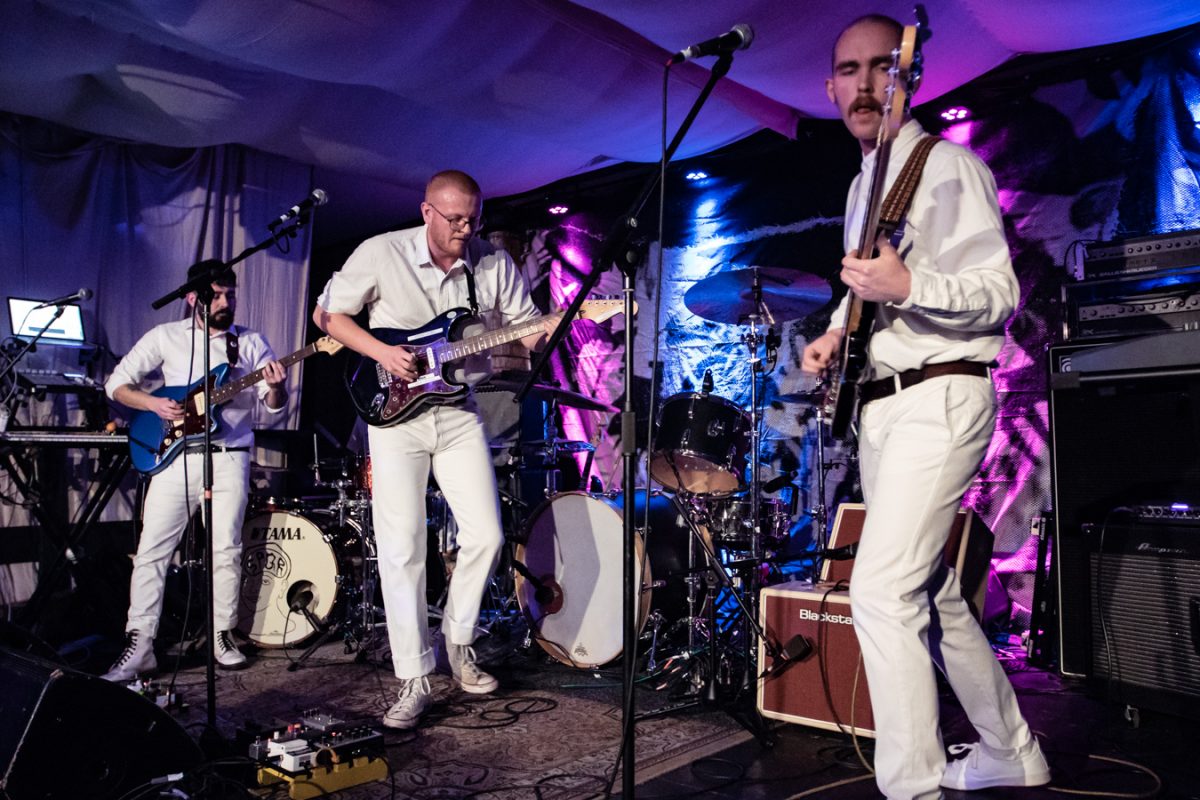 Liverpool outfit SPQR have announced they’re heading up their own record label, Getintothis’ Lewis Ridley has the video for the single of the same name.

Liverpool trio SPQR have revealed that they have founded their own label, Nuthin Gud Records.

Commenting on the news, the band say: “It feels nice to be doing things ‘ourselves’. We put that in quotations ‘cos it’s never just one person really is it, it’s loads!

“The idea of self-releasing is something we’ve always aspired to do, having grown up following loads of DIY bands doing just that. It’s kind of that concept of spending as little of someone else’s money as possible, too.”

The first release on the new label is the band’s latest single Nuthin Gud, which is out now with a haunting cultist video to align.

Commenting on the single, self-produced by front man Peter Harrison and mixed by Alex Quinn (The Blinders, She Drew The Gun), Harrison says: “‘Nuthin Gud’ is about having a distance from yourself. Grappling with your egos; trying to decipher not just which are healthy and which aren’t, but which are true to your ‘core’.

“It’s a bit of an anthem, which I’m not super into the idea of, but…you can’t help what comes out, so here it is.”

The news follows two sold out hometown dates at Kazimier Stockroom last month, as well as a support slot for METZ in Liverpool.

SPQR have been announced to play Hit The North festival in 2020 and assure fans there are more dates to come for next year.