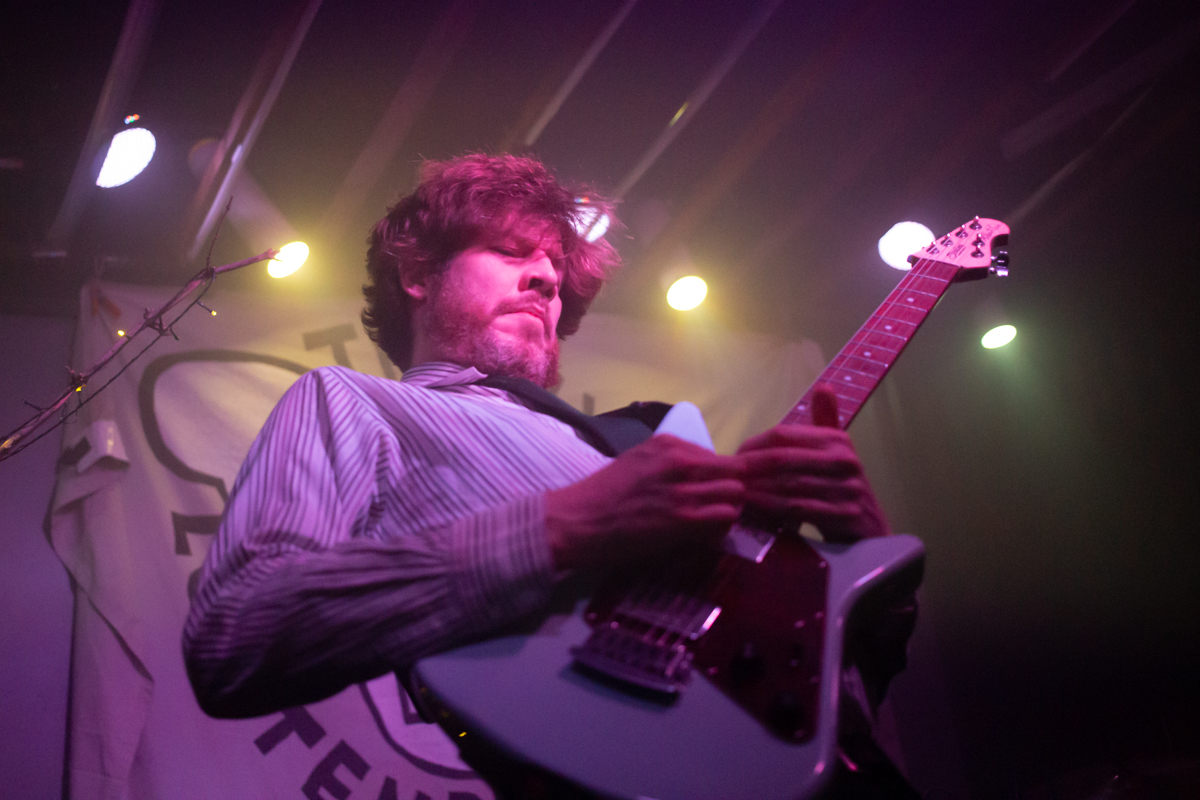 The Flying Luttenbachers are the perfect antidote to Christmas Number Ones, Getintothis’ Peter Goodbody was embracing his inner Scrooge.

Recent release Imminent Death hasn’t been out for more than a couple of weeks and has drawn some curious reviews.

Responding to one of them on Facebook, the main man Weasel Walter said: “I make exactly the albums I want to hear, nothing more, nothing less, and I don’t make music to please anybody else. Like pretty much most of the albums by the band, this is yet another tangent, in a long line of tangents. Some people will hate it, some people will love it, most will ignore it. Either way, the next one won’t sound like this one and somebody will complain about that too, so . . .”

So. What to expect of tonight’s gig?

Well, we don’t hate the album and we haven’t ignored it. But we get where WW’s coming from. It’s uncompromising noise. A mash of jazz and punk. And dischord.

And Walter hitting stuff (drums, mainly, but we can only speculate) while a sax noodles away, sometimes in the background. Sometimes to the fore. There’s no doubt, it’s a mess.

But we quite like that. There’s something intriguing about bands who can create seemingly chaotic noise and yet keep it all together in a sort of coherent pattern. Pigs x 7 are masters at this, especially in their first album, Feed The Rats.

So, too are Lonesaw with their crazed head banging noise music that sounds like it’s going to fall apart at any moment, but somehow always manage to keep it together.

These are skills to be admired. There are plenty of bands who can throw together a three chord pop song, and that’s fine when you’re in the mood. But tonight, we’re not in that frame of mind.

We quite fancy watching a band who can thrash out tracks of 10+ minutes of atonal sax and off beat drums.

Maybe it’s the time of year. Maybe we should chill and mellow.

Get in to the seasonal spirit. Fuck that. The Flying Luttenbachers are in town. Let’s party.

“Hello, I’m Claire Welles, I’m on first”. Her electronic, home made, pop always goes down well. Perhaps even more so tonight given the seasonal atmosphere. There’s a definite sense of release about the place on this last Friday before Christmas.

Surreally, Claire plays in front of a video of the 1989 BDO darts championship final between Eric Bristow and Jocky Wilson. A classic, says Claire, which to be fair it was, as Wilson came from 5 : 1 down to take the title. The audience loves it. Tonight is not a normal Friday night in town.

Yossarians’ party trick is the three guitar, bass, drums line up, with one of the guitars being a 12 string affair. They start off slow, but it doesn’t take long before they launch into Birthday Party esque angular clashes of guitar and rhythm. It’s frenetic and hypnotic.

The 12 string bringing depth to the sound for sure, but this is a band that loves to play around with effects pedals too.

There’s a distinctive American punk feel to a lot of the songs. Taut riffs repeated over and over, increasing in intensity as they go until battered into submission and there really is nowhere else left.

It’s utterly in your face and right up our street. Brilliant. It’s not Christmas music, of course. It’s party music. At our kind of party, that is.

It’s all fun and games.

The Flying Luttenbachers are one song / wall of noise in and the bass amp’s fucked. Has anybody got any questions? asks Walter Weasel.

“You might just need to slave into the DI. Yeah, that might work”. We have no idea what that means, but it seems to have worked and we have bass once more. Or, we did, for a brief moment. Move one plug into another socket. We’re good to go. More racket.

The sax takes the lead for the most part, but the guitar and bass fill in a powerful backdrop, while the drums appear to go all over the place.

There is only one intention here. The band are doing everything they can to turn the Stockroom into an open air venue.

And they damn near succeed. It’s interesting watching noise merchants like this operate. There’s a nod here or a raise of the hand and the tempo picks up, or stops completely. But what never lets up is the effort and the skill.

You can’t make a racket like this unless you know what you’re doing.

It’s not punk and it’s not jazz. Not at least to our ears.

It’s not really good to try and ascribe labels anyway. It was the perfect antidote to that ridiculous song about sausage rolls that got to number one.

ok DOOMer – of to town on mad friday to see flying luttenbachers – pray for me pic.twitter.com/07qHvlUsqJ

And for that we have a great deal to be thankful there are bands like The Flying Luttenbachers, who push boundaries. And, ultimately, don’t care. We do, though.

And in about an hour it’s all done, because that’s all there is required.

But the crowd wants more. “Just try and fucking stop us”. But the bass amp doesn’t agree. Again.

It’s plugged into something else and we do indeed get one more. The Stockroom survives. But it was a close run thing. 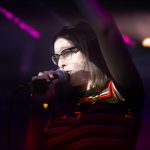 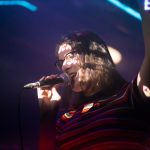 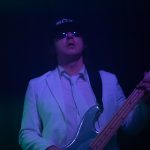 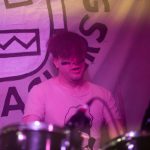 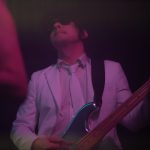 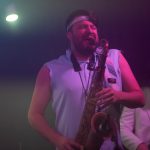 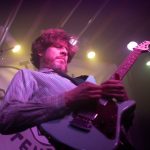 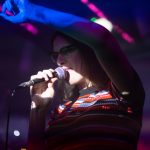