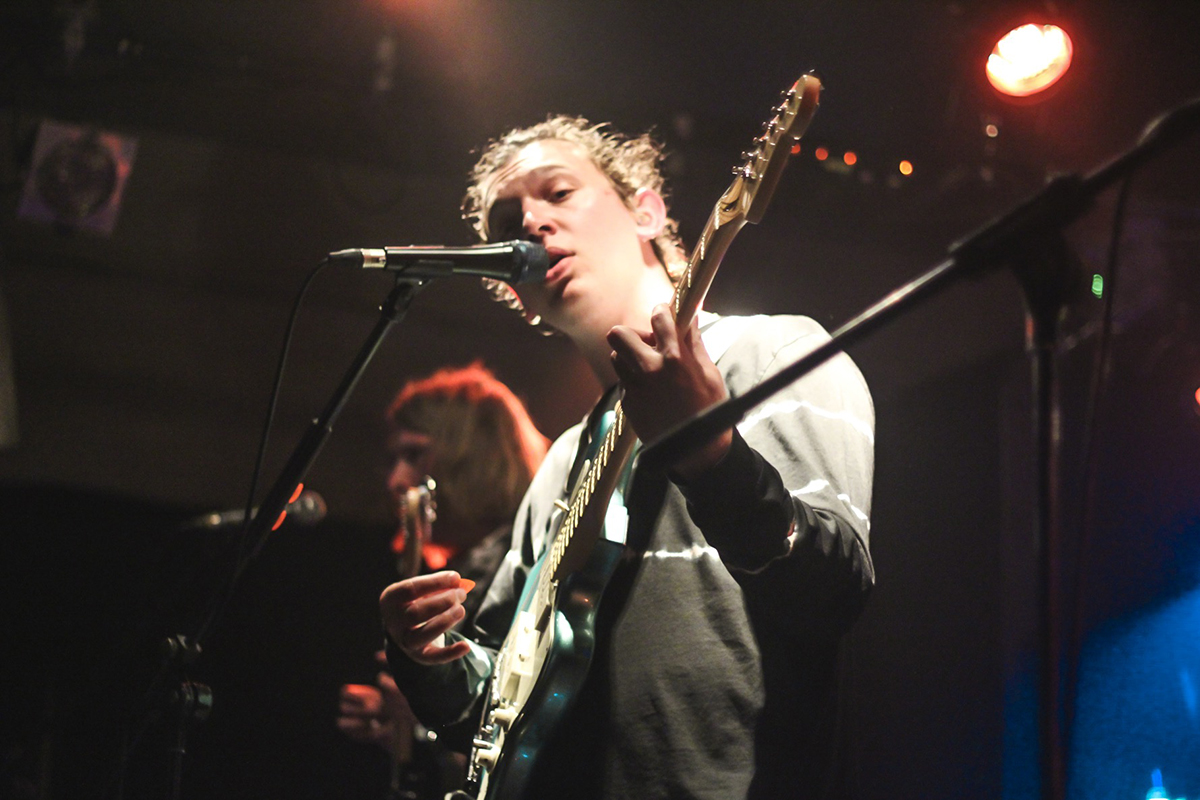 First take the UK… then, the world? Larkins might do just that.

This Mancunian alt-pop band spent the end of last year taking their first steps of taking over the UK. Well… more thirty-plus steps through the shape of a humongous tour which covered pretty much everywhere you could think of.

This year they’ll be cementing domination with a host of new material (Debut album? Yes please!) and a spring tour; including a homecoming date which puts them in the history books. The band have become the first band in over fifty years to sell out Manchester Academy before releasing their debut album. Quite the tour finale, isn’t it?

Their current catalogue is growing by the month it seems lately, with the build-up to an upcoming EP presenting us with the stunning releases of Pieces and more recently Flood. The anthemic feel to these tracks is enough to tell you that the dates for their just announced tour will fly.

My advice? Get some tickets while you still can, then thank me later.

Listen to their new track Make You Better below.

The first of two Alfie’s I’m here to introduce to you, Alfie Templeman is certainly going to be big this year. I mean… how many artists can you name that have played Brixton Academy at just sixteen years old?

Signed to Chess Club Records, Templeman has the perfect indie label to promote his work, sitting alongside the likes of Sundara Karma and Bloxx.

20 Albums for 2020: Grimes to Tame Impala, Wire to Caribou – the records we can’t wait to hear

This signing being a turning point for the massive amounts of hard work he’s put in over the past two years to get there.

Recent EP Sunday Morning Cereal got the radio waves interested in his bedroom-pop sound and if you’re a ‘ones to watch’ kind of person, he’s most definitely on your list.

If he’s not, or you have no list, put him on there and get listening. Stop Thinking (About me) is a must listen, so start there.

The second of the Alfie’s is Brighton-based singer/songwriter Alfie Neale. The funk and soul in Alfie’s voice and guitar pairing will give you some serious Tom Misch vibes, but judging by the variation in his current few releases, he is by no means sticking to one sound.

Taking inspiration from the likes of Amy Winehouse and Anderson .Paak, Neale pulls off a slick mix of indie, funk, and hip-hop into his work. Recent release Elevator shows a moodier side to the singer, and with that kind of tone seeing a rise in popularity lately it seems like a smart time to drop such a song.

Alfie spent last year snapping up various support slots such as Cassia’s last tour and a spot at Larkins’ sold out gig at Dingwalls in the summer.

As well as these he had his own first headline shows in London and Manchester which were both sold out well before their dates. His next batch of shows includes an April date at Colours Hoxton (formerly Hoxton Square Bar & Kitchen), which will surely be a treat.