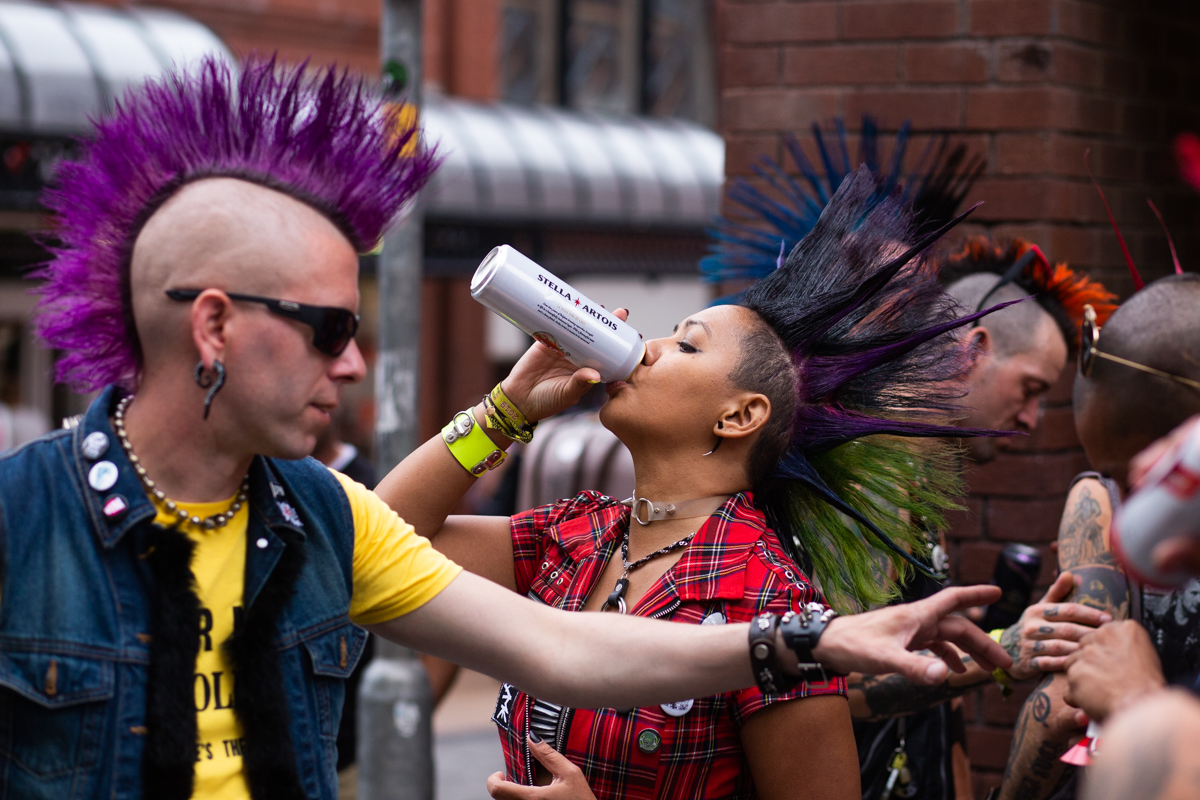 Rebellion Festival bookers have been busy over the holidays as yet another raft of bands is announced for Blackpool, Getintothis’ Peter Goodbody is getting giddy at the prospect.

Rebellion Festival has announced the latest in an ever expanding line up for 2020.

There are now 192 acts confirmed on the bill for Blackpool in the summer and this year’s version looks like a belter.

There’s been some great additions recently and as usual they range from US bands, UK ’77 bands, Anarcho bands, a whole host of last year’s Rebellion Introducing bands being rebooked and many more.

A few to highlight so far are Circle Jerks who will be special guests to Bad Religion on Thursday in the Empress Ballroom. This is the first time they’ve been to the UK since 1987 and is one of only 2 UK gigs the band are doing, so don’t expect to see them anywhere else.

Rebellion is the place to be for this if you’re in the UK! Also joining them on what’s shaping up to be an amazing Thursday is Anti Flag.

Friday night Opera House headliners are the Tom Robinson Band, another first for Rebellion as Tom has not played this gig before.

Also confirmed is another first and that was the return of Honey Bane.

“HAPPY NEW YEAR to all of our followers, Rebellion family and friends. If you’re a Rebellion regular or if this year will be your first one, then we equally look forward to seeing you and sharing the best times of our lives. 2020 is already shaping up to be an amazing year, with lots of bands that have never played before.

Other bands recently added to the list include The Rezillos, Adolescents, The Mob, Random Hand, No Fun At All, Strung Out, The Pack.

These join an already amazing line up including: Bad Religion, Stiff Little Fingers, Sham 69, The Undertones, Peter Hook and the Light, The Adicts and a return visit from for a very special set by Steve Ignorant playing Crass songs. 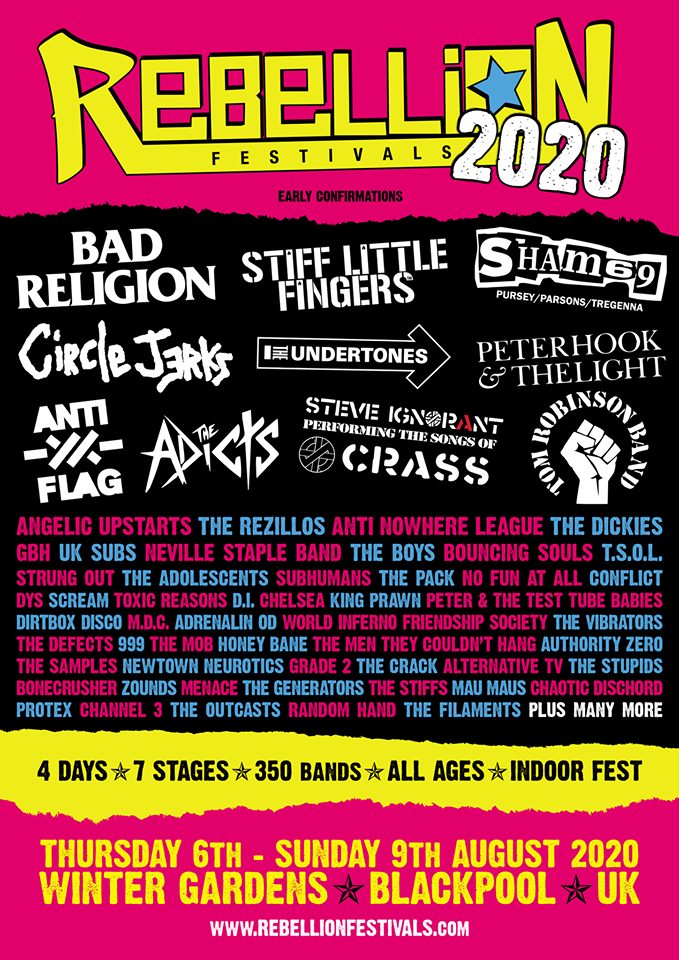 You can now buy day tickets and prices have been held from 2019. Each day will cost you £65.

Bands aren’t generally put into days until the organisers are close to finalising the line up in a few months, save for those mentioned above.

If you’re feeling the pinch after Xmas, then there’s still time to get your weekend festival tickets by paying a small deposit and then paying it off with monthly instalments. In January this will be a deposit of £33 and then 5 instalments of £30. Check out the online ticket shop for full details.

Viki Vortex has been collating a Spotify playlist, which will no doubt grow into a behemoth in the next few months.