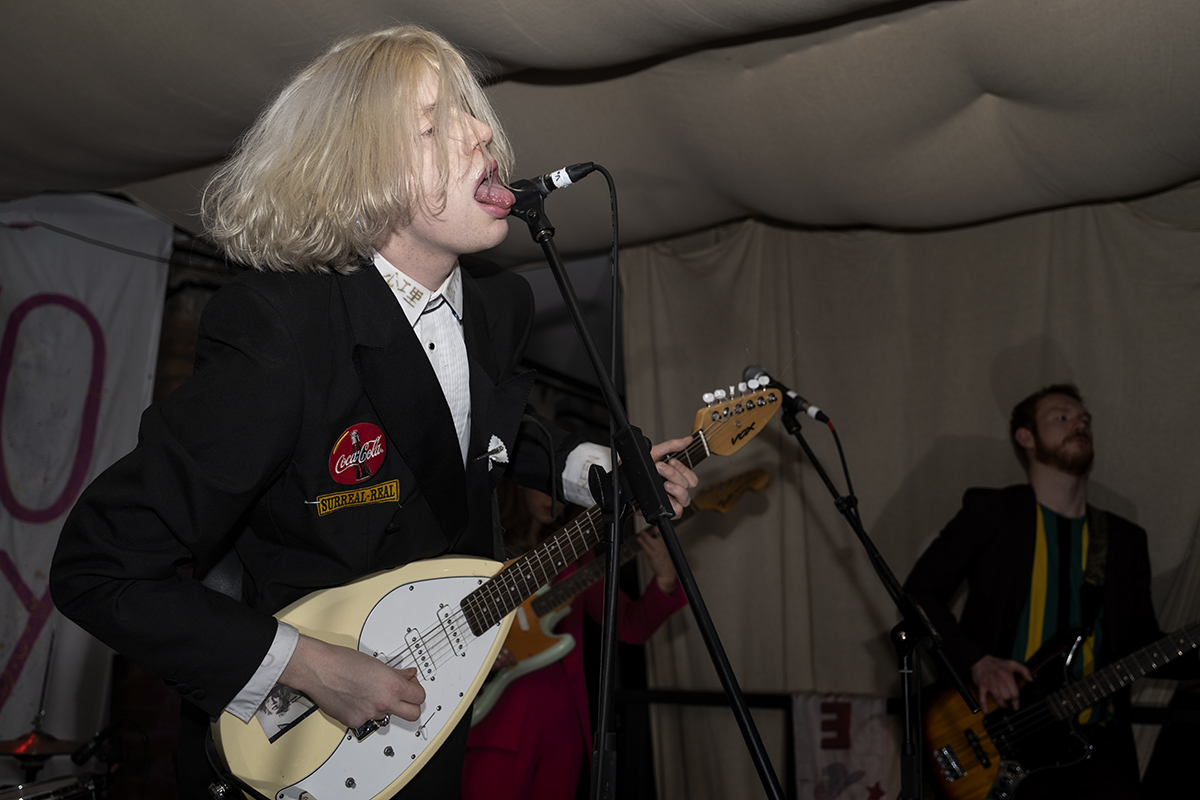 This is the day Psycho Comedy‘s lives will surely change.

Despite being already one of the best bands coming out of Liverpool in the past decade, Psycho Comedy are taking a massive step with the release of their debut album, Performance Space Number One.

The record’s official launch party is tonight, here at Phase One, and it feels like an evening to remember.

Some people argue that albums are a thing of the past, that streaming killed the LP star, but don’t listen to them. Any album recorded by an artist is a solid statement in their musical history, a landmark in their journey, and the first one is even more so.

Performance Space Number One has been widely well received, and no wonder. It’s brilliant.

We’re actually not sure about the cover, but what is inside is very impressive throughout. It’s got the right tunes, the right poetry, the right arrangements, the right atmosphere, the right everything simply everywhere.

We’ve also got the right everything here tonight: a queue at the door, with the resulting full house, local artists in the crowd, daring make-ups and two excellent opening acts from Liverpool.

Uncle Jane make the first noises of the evening – and what noises! Their space rock-post punk sound has the immediate power to stop conversations, to the point of being rude with your mate – “Mate, are you listening?” “What? To you? No, sorry, I’ve been listening to this band!”

With two guitars, bass and drums, Uncle Jane explore different paths with each tune, guitarist and bassist rotating in the vocals, while an incredible drumming pulsates behind them.

In fact, we can’t take our eyes off the drummer, Lisa Fawcett. Her stamina and skills are off the charts.

Uncle Jane have a single, Anticipation, in which unpretentious, Spacemen 3-like vocals takes us through layers of trippy guitars. They play the song tonight, and in this live version Fawcett simply kills it! When are Uncle Jane playing next? We’ve got to find out.

It’s an interesting change of vibe with the arrival of Silent-K on stage. Lead singer and guitarist Chris Taylor, aka The Pineapple King, is wearing shorts, and the first notes indicates quite a joyful performance ahead of us.

That’s what we get, and it couldn’t be different, considering that Silent-K create a sort of mix of Talking Heads with Devo. As anyone can imagine, the result is wicked.

Great beats, short and infectious riffs, the whole package of their sound is really exciting – and by the time they’re on their second song, Phase One is rammed.

Silent-K take you places. Sometimes you feel like they’re getting rockier, the next minute they get funkier, and we get hooked. Do people like it? They love it, and Silent-K leave the stage taking home a massive round of applause and screams of approval.

Psycho Comedy should be thankful for the excitement those two bands left in the room, although they didn’t need it. Everyone is here to witness their great day, and when the band gets to the stage, with Iggy Pop’s Nightclubbing as their entrance’s soundtrack, a true celebration begins.

First Cousin Once Removed follows, and we’re all invited to the fast paced psych rock that has been making Psycho Comedy increasingly well known in the past four or so years.

We somehow feel a bit out of place, because we might be the only ones seeing Psycho Comedy for the very first time. That gives us an edge, though, as we’re able to see the forest without knowing the trees.

Shaun Powell’s stage presence catches our eyes immediately. We know he likes to refer to his band as a collective, and a collective they are indeed, we can feel we’re seeing an artistic group effort.

We can’t deny, though, the impact of Powell‘s personality on stage. He makes eye contact with members of the audience, licks his guitar and brings everybody in the room together.

Around him, each member plays a very important part in this collective experience, from Lydia McGhee’s solid rhythm guitar to the wonderful spoken word of poet Matthew Thomas Smith.

And so continues our journey through the album. The fantastic We Adore You is particularly fierce in its live version, with guitars galore, and the concentration of people in front of the stage does not stop anyone from jumping and dancing.

Standin’ is top class, with its exciting riff and beating drums, while Sleepwalking has an epic feeling thanks to Thomas Smiths’s poetry – Careless union, after careless union / People will sleepwalk. His presence on stage makes the band’s live musical experience even more special.

Pick Me Up, the single everybody loves, is naturally the hit of the evening. It’s one of the catchiest tunes this country has seen recently, perfect to listen while on the couch, on the dance floor or driving.

Arguably, an even better moment comes with I Am the Silver Screen, which starts a bit slow, then keeps growing and growing via hypnotic guitars, played incredibly loud – we love the line “I am whoever I please / Going in and outside me.”

After their record’s last track, One, and a brief encore, Shaun Powell gathers the band in front of the stage to thank the ecstatic crowd. They take a bow, and there you go, a historic picture for a historic night.

Who said albums don’t count anymore? Psycho Comedy’s life has surely changed tonight. They now have their first album officially launched, and their party was a blast.

The road ahead is wide open. 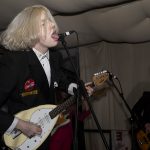 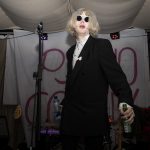 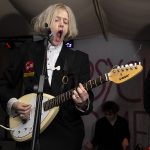 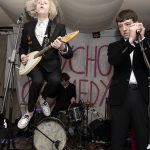 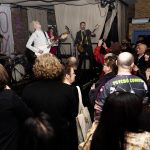 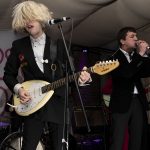 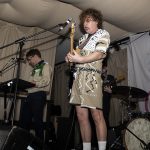 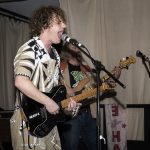 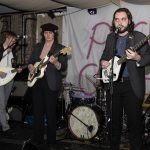 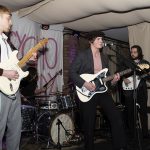