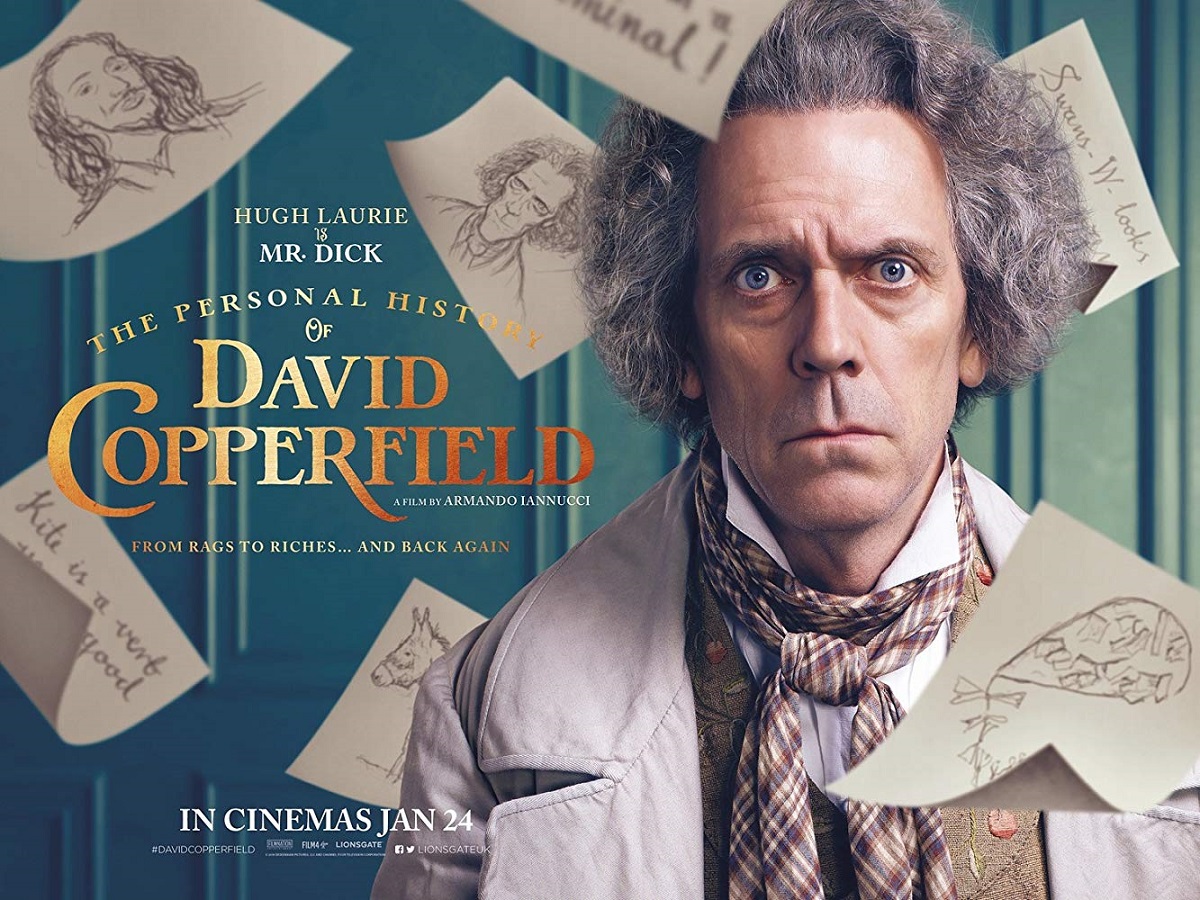 The Personal History of David Copperfield

The Personal History of David Copperfield demonstrates how little Britain’s class system has changed since the 1850s, leaving Getintothis’ Vikki Gregorich a little sad and a little hopeful.

The Thick of It (2005-2012) a sweary sitcom set within the inner workings of British government was followed by the critically accalaimed In the Loop (2009) and the Death of Stalin (2017).

Iannucci takes a different direction by adapting Charles Dickens‘ famous autobiographical novel and delivers satire which tickles instead of cuts.

We meet David Copperfield (Dev Patel) introducing himself to an audience as the “maybe” hero of his own life story. Interweaving his changing circumstances with the people he meets, David shows us how he became a successful author.

The cast is delightfully recognisable, but the range of acting styles on display is the weakest element of the film.

Peter Capaldi, as Mr. Micawber, is as hammy as gammon. Darren Boyd and Gwendoline Christie, playing the “evil” siblings Murdstone are cardboard baddies with crazy eyebrows. Benedict Wong only dials it in as drunkard Mr. Wickfield.

This is in stark contrast to some of the quieter performances.

Bronagh Gallagher plays Mrs Micawber with a resilient, warm humour. Rosalind Eleazar as Agnes Wickfield, delivers unrequited love through a witty and worldly exterior and, Nikki Amuka-Bird as the tormented and uptight Mrs. Steerforth are all worthy of mention for their subtlety.

However, the true accolades belong to Hugh Laurie and Dev Patel.

Hugh Laurie as Mr. Pick, a gentleman with mental illness, is portrayed with a rare sensitivity in cinema. Lost and damaged, yes, but not solely defined by illness. He’s an artist, a friend and an intellectual.

Dev Patel’s portrayal of David Copperfield is full of energy and warmth. When he’s showing David’s creative process, his open and expressive face tells you the story. When he’s mimicking other characters, his intonation is spot on and his physical presence betrays his mood or circumstance brilliantly.

Patel’s charisma carries you through the film, and a lesser performance may have rendered this film a mess.

The only outlandish performance which works well is Ben Whishaw as the creepy and duplicitous Uriah Heep. Heep is the shadow of David Copperfield, having experienced a similar journey but making different choices; Whishaw gets this just right.

The production and costume design of this film is lovely, particularly the houseboat in Great Yarmouth and the portrayal of London, which are all presented with a low-key dreamlike quality.

The casting for this film was notably colour-blind which really complemented this aesthetic.

However, the script is not brave enough. By insisting on explaining how characters relate to one another, the audience is both patronised and removed from any suspended disbelief that has built up.

The overall impression is that Iannucci knew what pieces looked good, but couldn’t quite make it cohesive.

The Personal History of David Copperfield is gentle satire on the perception of rich and poor, the class system and the impact of family and community on an individual.

The message that the content of your character is important is somewhat undermined by the fact that this film clearly says that nothing has changed from 1850 to now in terms of how society treats people.

Overall, The Personal History of David Copperfield is a beautifully shot, entertaining and affable film that probably won’t change your life.