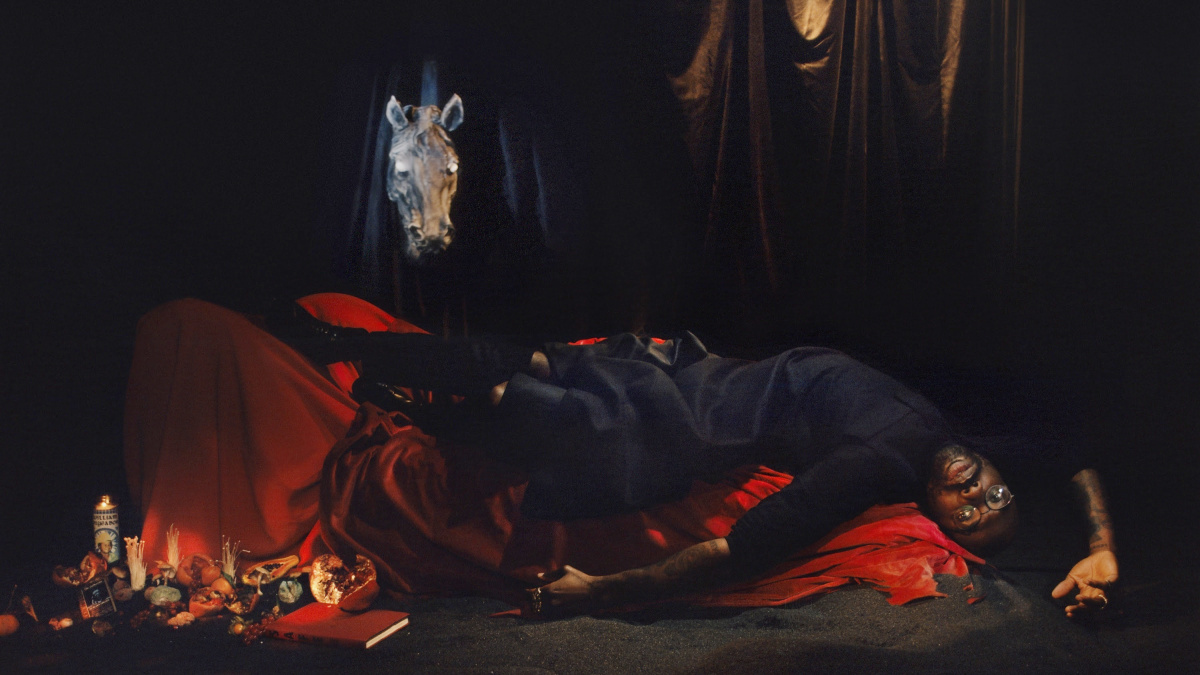 London born artist Obaro Ejimiwe who works under the assumed name of Ghostpoet has been kicking around for about ten years, making waves in all the right places.

He picked up a Mercury Prize nomination for his first album, Peanut Butter Blues & Melancholy Jam, and his 2015 album Shedding Skin was also nominated.

Ghostpoet has just announced his new album I Grow Tired But Dare Not Fall Asleep, to be released through Play It Again Sam on May 1.

He has also shared his first single off the record, Concrete Pony, that comes complete with a reality twisting, mind-bending video which we’ve dropped below.

I Grow Tired But Dare Not Fall Asleep follows his highly acclaimed 2017 record Dark Days + Canapés with a record which says a great deal about the world we live in – a dystopian snapshot of the terrors of living in 2020 and a look at an uncertain future which is explored across the record’s 10 tracks.

The bluesy, gritty Concrete Pony is the perfect introduction to the record; in Obaro’s own words: “It’s a snapshot of where we’re at as a society I feel, we seem to have everything and nothing at all. Infinite possibilities and choices galore but we seem set in stone, frozen in place, oblivious to the storm clouds in the distance…”

The video, which was directed by Thomas James, is a near-perfect accompaniment piece; with a decidedly Lynchian feel, it is a surreal, foreboding and richly cinematic piece, a must-watch.

The new record was recorded, written, arranged and produced by Ghostpoet in London.

I Grow Tired But Dare Not Fall Asleep comes with a myriad of styles and vibes but is anchored by the more alt-rock sound associated with his last two records.

To produce the record Ghostpoet worked with a series of eclectic artists: Art School Girlfriend, Skinny Girl Diet’s Delilah Holiday, SaraSara and Katie Dove Dixon to name but a few.

Obaro is no stranger to collaborative explorations, he has worked with artists across a broad range of styles, with Massive Attack to Nadine Shah, Melanie Di Biasio, Maximo Park’s Paul Smith and the Damon Albarn outfit Africa Express among those he has worked with over the last ten years.

Ghostpoet has been added to the list of artists for the Camden outing for the BBC 6 Music Festival where he is scheduled to play at Dingwalls on March 8.

His tour itinerary is below but we have been assured that there are more dates to be announced.

I Grow Tired But Dare Not Fall Asleep Tracklist