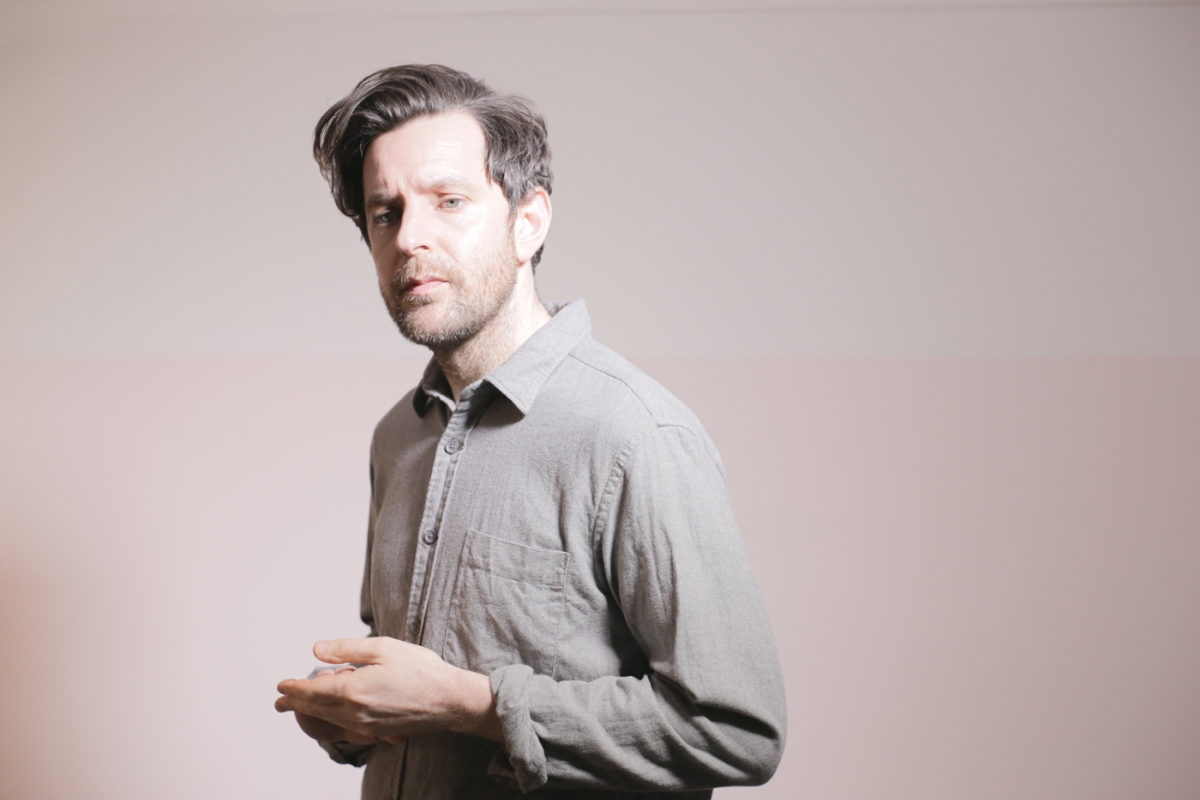 Paul Rafferty aka Doomshakalaka is the latest subject for our 13 Questions series, Getintothis’ Peter Goodbody has the answers.

New single James Asleep was released a week or so ago and it’s a trawl through fragments of memories, loss and nostalgia.

Rafferty explains, “The song is about affectionately remembering a particularly grim shared house, not for its aesthetic but for the fact that it served as a venue to bring friends together. House shares fall apart as people pair-up, move on and sleepwalk into real life.”

He continues, “The lyrics tell of receiving some bad news about an old friend, passing on the news to others that might not have heard yet and in turn remembering a simpler time when the song’s cast had less looming issues to deal with.”

“Some of the songs off this album started life in 2011, but without a band or the capital to record, they waited in the wings until I could beg, borrow or buy the gear to record them exactly how I thought they should be heard”.

He says: “It’s largely a record about remembering moments from my teens and 20s and what those moments mean to me now. I love the texture that ageing brings to an artist’s output. I like the sound of a big hole dug deep.”

We sent off our 13 questions to find out what makes Paul Rafferty tick:

“I’m at home, writing answers to these questions.”

“I’m quite fond of empty car parks from an aeroplane window.”

“The Bologna-based Maple Death Records. The catalogue is wildly eclectic but all their releases feel like they share a similar sonic aesthetic.”

“Looking at a lion in a safari park in South Africa.”

“I remember a kid bringing in an ostrich egg into primary school and it was massive. It totally blew me away, so I’ll go with “massive””

“Is this like when people call prolific serial killers “America’s worst serial killer” but they really mean “America’s best serial killer”? With that in mind I’d say Jarvis Cocker or maybe Kevin Rowland. Those two have definitely committed repeated acts of celebrity. If you actually mean the worst celebrity that’d probably describe someone with no celebrity at all like the guy in the Londis or my next-door-but-one neighbour who is really nice though completely fameless.”

“I’ll probably go with The Wire season 2 even though so many people think it’s the worst season. Most people like seasons 1 or 3 and whilst I admit Frank Sobotoka’s dreary monologues about the port of Baltimore’s golden age can be trying, the slow tension between the dark economic & political forces at play down at the dockside make some of the best television I have ever encountered.”

“I’ve had tennis elbow for about 3 months.”

“I was in Stuttgart for a couple of days last year and I’m ashamed to say that I wasn’t expecting it to be the awesome trip that it turned out to be. Summer weather in spring and a visit to the culturally delicious Staatsgalerie which has almost every painting you’ve ever seen on display. There was a Gehard Richter retrospective and a George Baselitz painting I loved the name of: “Big Night Down the Drain””

“There are too many films to pick a favourite. I’ve loved Paris Texas for a long time. It’s A Wonderful Life maybe? Most recently I liked Parasite just like everyone else (apart from Donald Trump).”

“This question got me thinking; how many Brits have been executed in America? The answer is hardly any if at all, if the “British People Executed Abroad” Wikipedia page is to be trusted. So, yeah. It’s unlikely I’ll be dining on death row any time soon but I’d probably have something American like French fries fired from an assault rifle.”