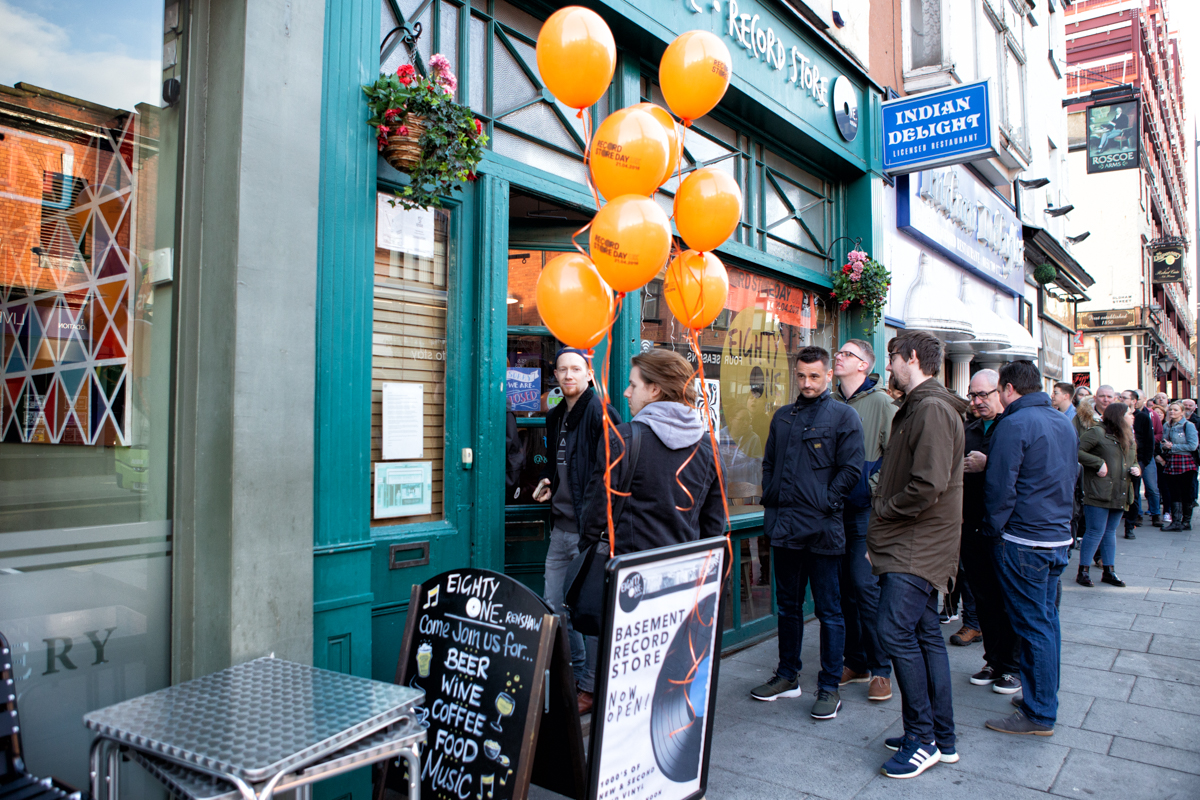 Coronavirus hits the music industry with many major events axed, Getintothis’ Lewis Ridley has the latest on how the epidemic paralysing the global festival calendar.

Record Store Day is the latest large scale music industry event to be postponded due to coronavirus.

Record Store Day involves thousands of outlets around the world, with venues taking advantage of what is usually one of the peak days of the year for sales and attendance at special RSD gigs.

It was originally scheduled for 18 April.

Meanwhile, Glastonbury Festival 2020 is still set to go ahead despite coronavirus fears.

Organiser Emily Eavis revealed the full line up with headliner Kendrick Lemar and Thom Yorke added to the final billing.

Paul McCartney and Taylor Swift are the other headliners for this special 50th edition – but following mass cancellations of music industry and entertainment events (including Premier and Football League matches) it is thought the entire festival maybe postponed or axed.

Emily Eavis said organisers had “fingers firmly crossed” the event would go ahead in June.

She said she was releasing a poster of the line-up “with the best intentions” given “the current circumstances“.

“As things stand we are still working hard to deliver our 50th anniversary festival in June and we are very proud of the bill that we have put together over the last year or so,” she said.

Glastonbury‘s team are hoping their festival can go ahead if the spread of the virus slows down.

However, if there is a government-imposed lock down in the run-up to the festival, it could impact their ability to build stages and prepare the Somerset site for the arrival of 175,000 ticket-holders on 24 June.

So, after much consideration given the current circumstances, and with the best of intentions, here is the first list of musical acts for @Glastonbury 2020. As things stand we are still working hard to deliver our 50th anniversary Festival in June and… https://t.co/SisRabWwdW pic.twitter.com/sNRyhDMzRV

Coachella was one of the first major music festival casualties due to coronavirus.

The biggest music festival in the USA has been rescheduled to October amid health fears.

The festival hosts 250,000 people across two weekends and was due to begin April 10.

“While this decision comes at a time of universal uncertainty, we take the safety and health of our guests, staff and community very seriously,” Goldenvoice said in a statement.

Coachella will now take place on the weekends of 9-11 October and 16-18 October, while Stagecoach, organised by the same company, will be held on 23-25 October.

UK festival guide 2020 – the events at risk due to coronavirus

Artists from across the globe were set to perform across Austin over the course of March 13-22, but organisers pulled the plug on the festival in what is the first major music event to be cancelled due to coronavirus.

Perhaps more worrying for SXSW is the fact that Chief Executive Roland Swenson says the cancellation could end up costing festival organizers tens of millions of dollars and make it difficult for the festival to return in 2021.

The annual alpine music festival Snowbombing was due to take place in the west Austrian town of Mayrhofen fror a week starting April 13. But on Wednesday it released a statement saying it had to cancel the event “with a heavy heart”.

“Today, the Austrian authorities placed a ban on all outdoor events above 500 people and indoor events above 100. This ban is in place from now until April 3rd and is likely to be extended,” the statement read.

Tallinn Music Week 2020 has also been postponed until August over coronavirus concerns.

The music festival and conference was due to take place from 25-29 March in the Estonian capital.

Following recommendations of the Estonian Health Board, TMW team and its partners have decided to postpone the March event owing to risks related to the spread of the COVID-19 virus.

Miami EDM festival Ultra, due to begin on 20 March, was also called off last week, as well as Winter Music Conference, which is now to be rescheduled from its original date of March 16-19.

Organisers of the Miami Beach event said: “We are profoundly disappointed, however, there is nothing more important than the health, safety and physical wellbeing of our attendees and employees.”

Grammy award-winning superstar Billie Eilish has already cancelled the remaining March dates of her US tour, and fans are uncertain if her July gigs in London, Birmingham and Manchester will go ahead.

Madonna, Pearl Jam, Neil Young, Miley Cyrus are just some of the other artists changing tour plans amidst the outbreak.

All music venues in New York are due to close as part of a city-wide shutdown. Mayor Bill de Blasio has issued a statement indicating that concerts halls, along with restaurants, bars and other entertainment venues will close from March 17.

It’s not all bad news for fans of The Killers, though.

Their tour dates for the summer are going ahead, as it stands, including their gig at Emirates Old Trafford on Saturday 30 May.

In a statement, the band said: “We have, of course been paying close attention to the recent precautionary measures around the world and trust that the coronavirus is expected to follow traditional flu season patterns.

Officials with promoter Goldenvoice are working on a plan to try and move #Coachella to October in an attempt to save the event from cancellation amid concerns about #coronavirus https://t.co/gxCG65acLu

The stock market saw it’s worst day. some say, since the global financial crash of 2008.

The news of widespread disruption comes as UK government and world officials monitor the outbreak, which has seen isolation measures in other countries.

The music industry is beginning to find creative ways for artists to get visibility despite the virus.

Meanwhile we’re beginning to see platforms being created to enable artists to reach audiences, despite postponements, cancellations and travel restrictions.

Announced so far as part of this initiative are Aaron Smith, Arlo Parks, Bess Atwell, Liz Lawrence, Jordan Mackampa, Porridge Radio, Kokoroko, and Steam Down, with more to come.

Singer-Songwriter Jordan Mackampa, said: “It really does suck to not be playing SXSW this year, but I’m so grateful to the BBC family for allowing me to record a session with them on Monday! I can’t wait to bring six days’ worth of energy into one whole day with them!”