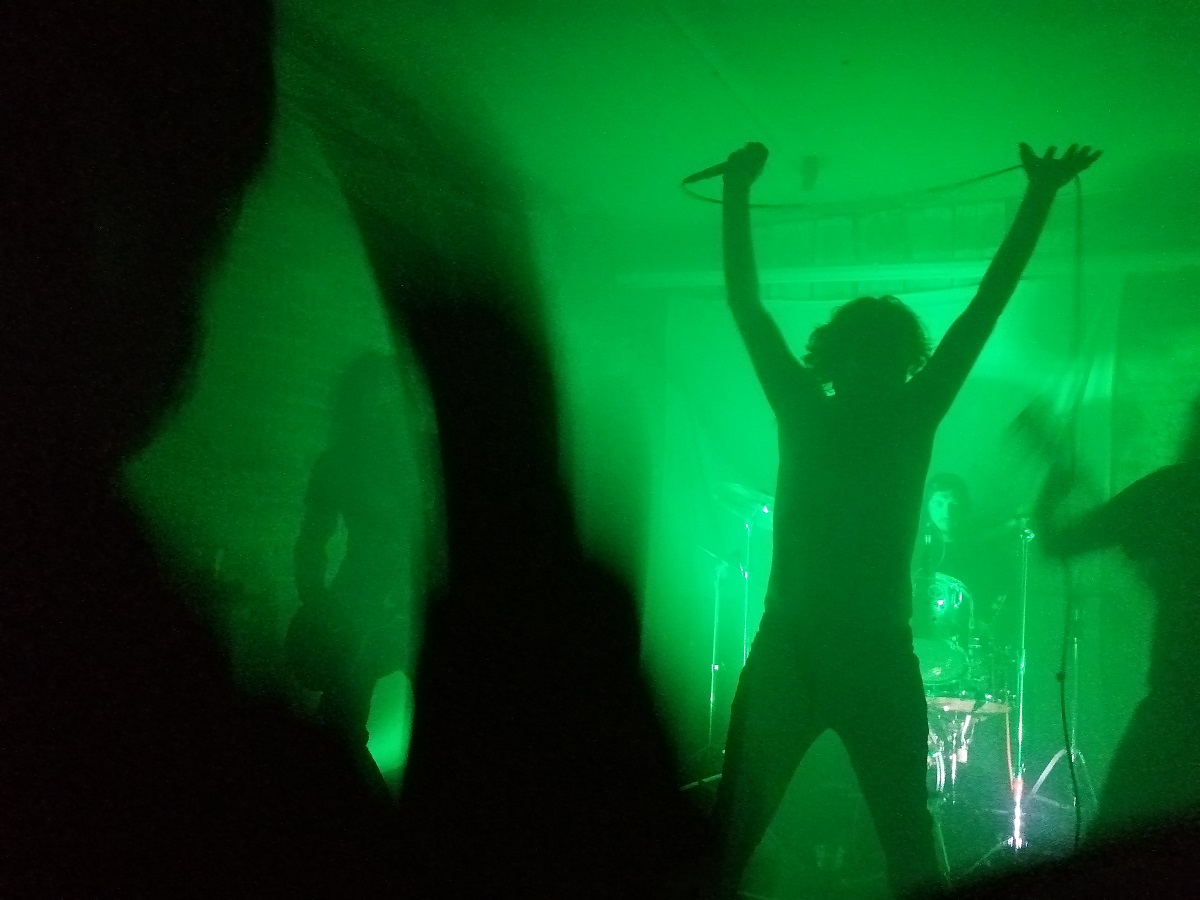 Video Nasties launched their new album at Sound, Getintothis’ Nedim Hassan dares to venture out for a night of extreme noise terror.

“Welcome to the last gig ever, anywhere” announce Chinsniffer before proceeding to fry our brains with their bewildering and bewitching brand of noise-grind.

With cancellations necessitated across the city due to the evolving coronavirus crisis, if this is the last gig we experience then it will certainly burn brightly in the memory banks of all those who witnessed it.

Distorted guitar sounds collide with fuzzy keyboard melodies, free jazz improvisation and good old grindcore noise. It shouldn’t work, but songs like Pleph Insertion are essential for the way that they are the sonic equivalent of early Carcass combined with an acid trip.

Manchester’s Shuck are a slightly less mind-altering proposition, but still know how to continue the party in style.

Proving that they are a more than worthy addition to this year’s Desertfest, these punk rockers get their groove on with belters like new single Blue Moon. 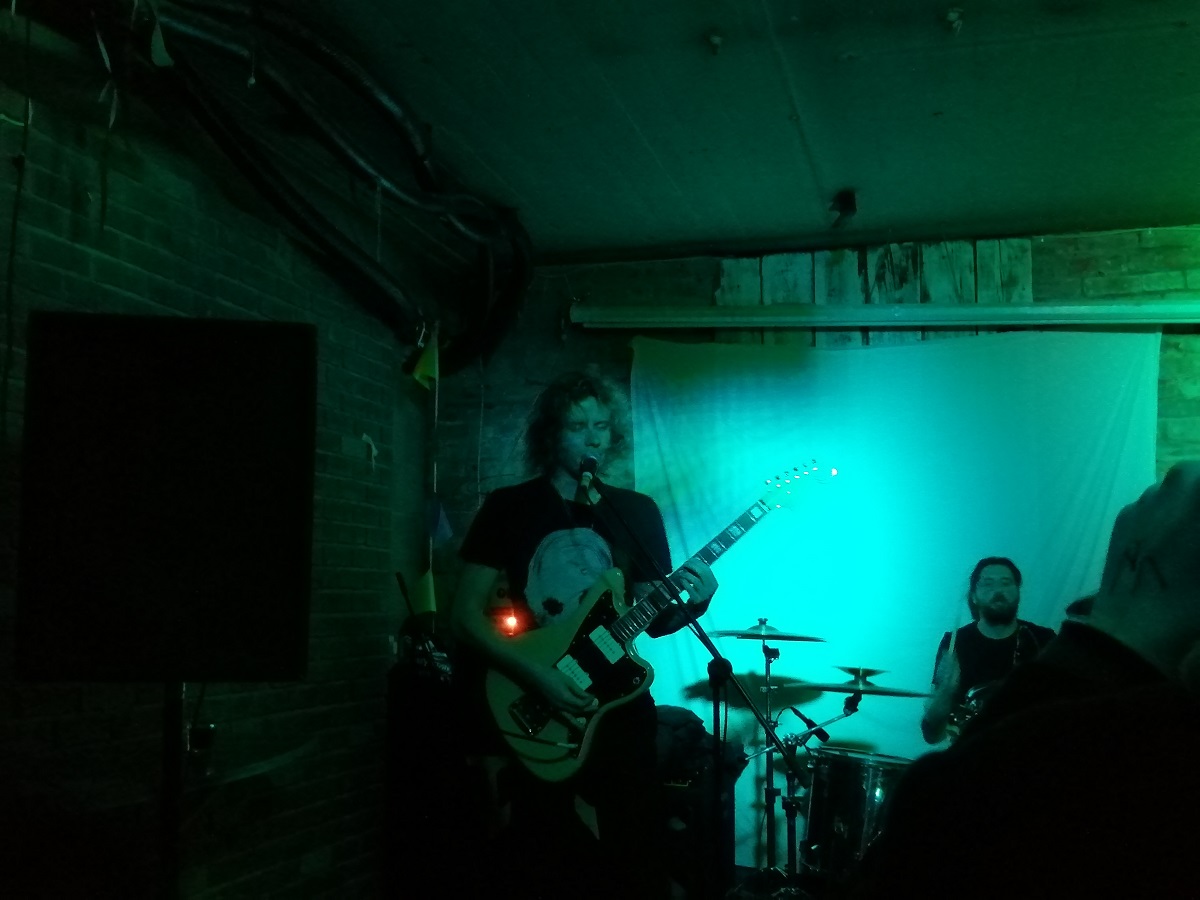 Guitarist and backing vocalist, Andi Jackson is a bundle of raw energy and he points to the crowd at the front before jumping off the stage to join us for a frenetic spot of dancing. Dandruff flies, air guitars are thrashing and the job is done.

Sound’s basement becomes engulfed in green fog and lurking within it are a prowling, menacing Video Nasties at the peak of their powers.

Given the glowing press coverage of the band’s recently released debut album, the launch party set sees them exude increased confidence as they bask in the static drenched introductory sound clips to Stay Gold before tearing full throttle into its opening riffs.

The cohesive twin guitar attack of Tommy Lloyd and Stu Taylor ensures that the hooks adorning latest single Hanging Tree are at their most prominent – simply put, during this number there was no choice not to bang your head.

Highlight of the set, though, was a gargantuan version of Drone Eagle. As soon as the urgent, flowing notes of its introduction gave way to the precise fists-in-the-air riffing, a pit opened up to accentuate the euphoria. Bodies collided; people pushed and shoved in a symbolic ‘fuck you’ to coronavirus moment.

At the end, smiling vocalist Damian Von Talbot professed his love for each and every one of us and we raised our horns to salute.

On the evidence of this night, we should cherish such intimate occasions because (if normality is ever restored to the international touring circuit) Video Nasties are destined to play on much larger stages in the not too distant future.