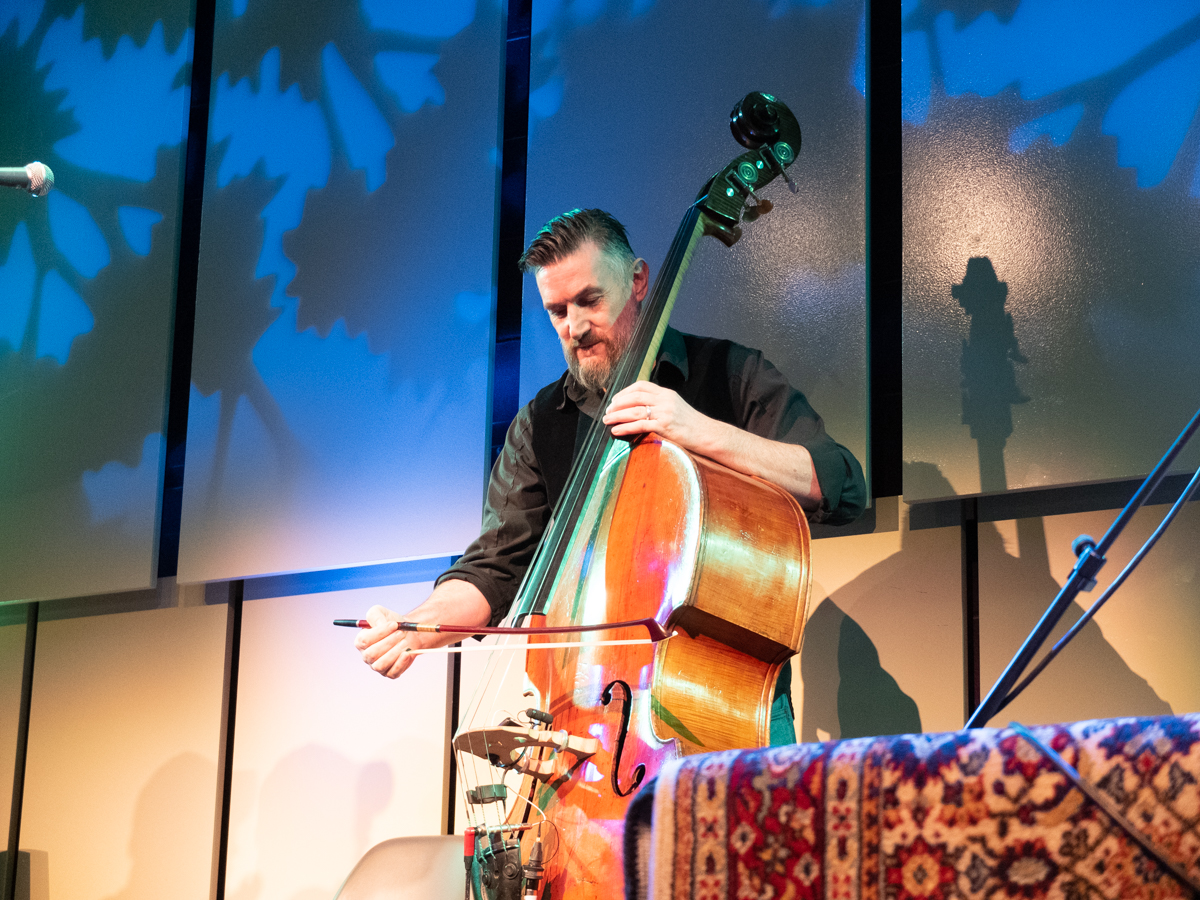 With the world apparently going to hell in a handcart, spare a thought for the touring musician.

Tired and emotional, away from love ones and faced with a huge sense of doubt when it comes to knowing if anyone is actually going to turn up to any of their gigs, it can’t be much fun realising that your latest show could be your last for the foreseeable.

It’s a feeling that’s palpable from both audience and performers at tonight’s concert which sees James Yorkston, Jon Thorne and Suhail Yusuf Khan present the latest instalment of their hugely creative three-way collaboration.

After a chance meeting in 2015, the trio’s blend of jazz, Indian classical, dub reggae and UK folk has seen them create a critically-acclaimed new sound startling in its originality.

As an emotional evening unfolds, each individual contributes vocals to material both original and re-imagined as Khan, on sarangi, Thorne, on double bass, and Yorkston, principally on guitar, improvise within their mutual space.

Perhaps the greatest strength of Yorkston/Thorne/Khan is a shared spirituality, one revealed by the honesty and conviction at the heart of this universal, beautiful music.

As Yorkston tries to explain they’re leaning on Khan’s heritage with the latest material from their third album, Navarasa: Nine Emotions, to explore the titular Navarasa, a statute of nine human emotions as they relate to the arts. Or it could just be about Celtic’s consecutive Scottish Premier League titles chuckles the typically self-deprecating Yorkston.

Either the way its stunning stuff: Khan especially is a one-man tour de force, majestic as a singer and a player, he commands the attention. Incredible hair too as Thorne delights in pointing out.

Thorne himself skips beautifully across each soundscape, recalling Danny Thompson’s work with John Martyn while Yorkston’s voice remains a vital cog in the machine – his hushed Scottish burr adding sensitivity and a folkish grounding to the trio’s more outlandish flights of fancy.

It's simple LOVE for these men!! @YorksThorneKhan @liverpoolphil was spellbound!! pic.twitter.com/HOF67mrckg

At times they recall the experimental genius of Can while a link to the psychedelic sensibilities of Liverpool is provided by Khan’s lineage – his grandfather was a regular collaborator with George Harrison.

Towards the end of the evening, Yorkston explains how he wants to play Broken Wave (A Blues For Doogie) –his tribute to Doogie Paul, bassist in Yorkston’s previous band, The Athletes.

It’s a powerful, tender lament to his old friend and it’s impossible not to let one’s own mind pause to reflect on our own mortality and that of our loved ones knowing what the coming weeks may bring. It’s an incredibly powerful moment.

As they wish us and well and we take our leave, another thought occurs: If the world is to end, Yorkston / Thorne / Khan are more than welcome to provide the soundtrack. 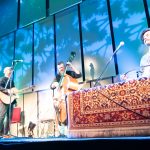 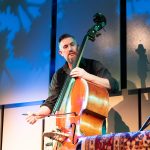 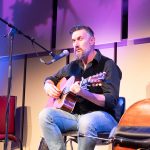 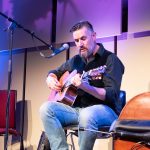 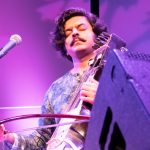 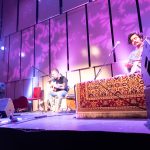 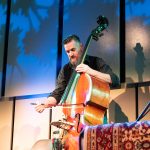 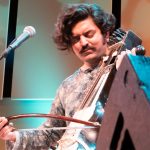