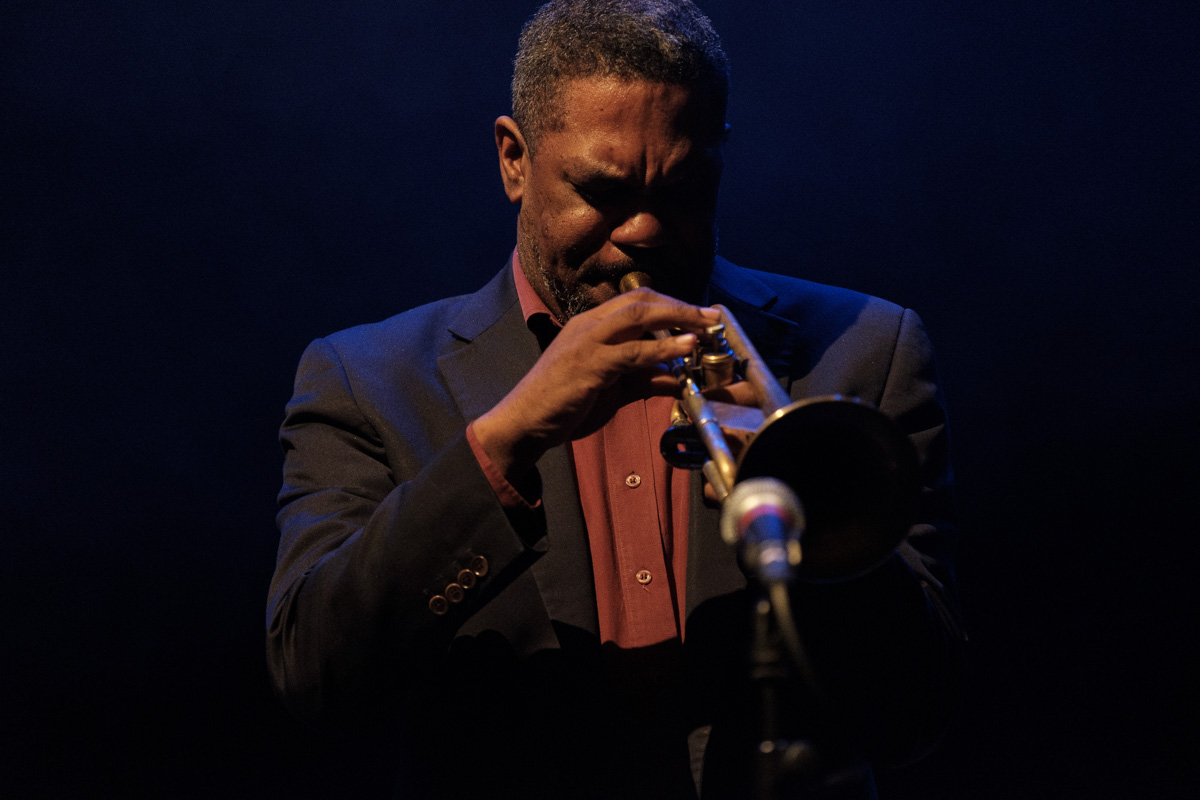 Liverpool International Jazz Festival, LIJF 2020, brought a weekend of glorious treats, Getintothis’ Jelly Roll Parker was taking it all in.

Neil Campbell is the creative director and we asked him about what he’s been up to: “I’m delighted that the Festival is now reaching its 8th year. The line-up is more international than ever with bands and artists from Holland, Belgium and India alongside more homegrown talent. Whilst remaining accessible to all listeners (including those who think they don’t like jazz), the music chosen continues, as it has year on year, to innovate, pushing the boundaries of genre with new fusions of all sorts of musical styles, and introducing new technological innovations to make performances more interactive and exciting.”

Kicking off Thursday is Yaatri – five-piece jazz crossover quintet formed in Leeds. LIJF is their first gig of 2020 and they have to perform with a stand-in vocalist.

Yaatri immediately bring to us the sense of the first album Annie Haslam did for the 1970s prog outfit Renaissance.

This isn’t an ad-hoc series of improvisations; it is a carefully and gently constructed sonic experience.

A total contrast to what comes next!

Cykada jog onto the stage – an innovative and energetic collective of musicians from the New London Jazz Scene. Tracky bottoms, tights, 4 ½ beards, Fairisle socks, mug of tea. These are the adornments of an outfit that is about to rock the Capstone.

You know this is going to be interesting as the guitarist puts his phone down on the floor front of stage to record what’s about to kick off.

“Don’t worry if you want to shake your shit, as you can see, we are non-judgemental!”

Those were the words of the bass player in a group that looked like Shaggy had ditched his square mystery-solving mates, bought some Zappa albums and formed a band.

They are serious improvisers and super-talented. Tonight, the 6-piece were seriously into what they were doing and it was infectious. Bass effects, live manipulation of digital reverb, exemplary percussion, tight and twiddly horn section, bouncing guitarist. “That was the best we’ve ever played that one!” says the drummer.

Friday introduces Hippo – a Bristol based contemporary jazz trio. Bloody hell, a sax with fuzz sounds like a guitar. Add some more effects and seriously crunchy synth bass and you’ve got a wall of sound.

This trio bleeps and fuzzes its way into mad stabs and gorgeous old school synth swells with precise drumming. This is done so well. Captain Nemo has turned the Nautilus into an acid jazz lounge.

Then the song that carries over to the next band is announced – Sustained Lemon Attack. This magnum opus is celebrating the fact that citrus fruit are a good strategy to get cats off your lawn. Seriously fruity keyboard sounds and driving percussion make this a favourite.

This band are defined by understated bonkers-ness and this comes to the fore when an old-style ringtone emanates from the audience and they try to play along. It’s harder than it seems. #ericssonrespect.
In summary, we think this is the band Lieutenant Uhura listens to when she’s off duty. File under Klingon Disco!

Then we have Tin Men and the the Telephone. Amsterdam’s multi-media performers combine live electronics, projected visuals, and audience participation.

On blast off there’s a slight Floyd vibe but then it moves into a full collaborative, interactive, audio-visual event. The band are taking us on an interstellar journey to a new planet because we’ve killed the old one.

The band riff off the rhythm of cut-up speeches from Greta Thunberg, Donald Trump, David Attenborough; using autotune and vocoder effects to harmonise their words to full comedic and shocking effect.

This manifesto declares that complicated jazz is environmentally friendly.

It’s like we are involved in an Eno collaboration with our smart phones interacting with the band through their app.

An audience member gets up and is sampled, giving material for the band to jam on. Genuinely hilarious!
We name the new planet we are heading to (we broke the old one) and the selected name is Sustained Lemon Attack! Thanks Hippo.

Jazz: breaking down boundaries and forever innovative – a personal journey

Saturday starts at 1pm with Sarathy Korwar – present as part of Liverpool’s Milapfest (now in its 31st year), the Indo Jazz innovator brings a rhythmic, energetic programme with interjections of visceral spoken-word.

They come on to the stage as a 4-piece and 3 of the band play hand percussion and a 4th member, Zia Ahmed, delivers prose on the subject of the British-Asian experience, evoking popular British cultural references in his words.

They all wear subverted Emirates sports shirts with the logo “Fly Immigrants”.

It’s a great start and they reassemble as a trio with Sarathy Korwar on drums. Slabs of square-wave sub-bass from the keyboards, swirling sax Philip Glass minimalism with digital effects and polyrhythmic percussion deliver a brilliant fusion of club dance music and jazz.

It’s drum and bass with lashings of Get The Blessing and social-cultural messaging. 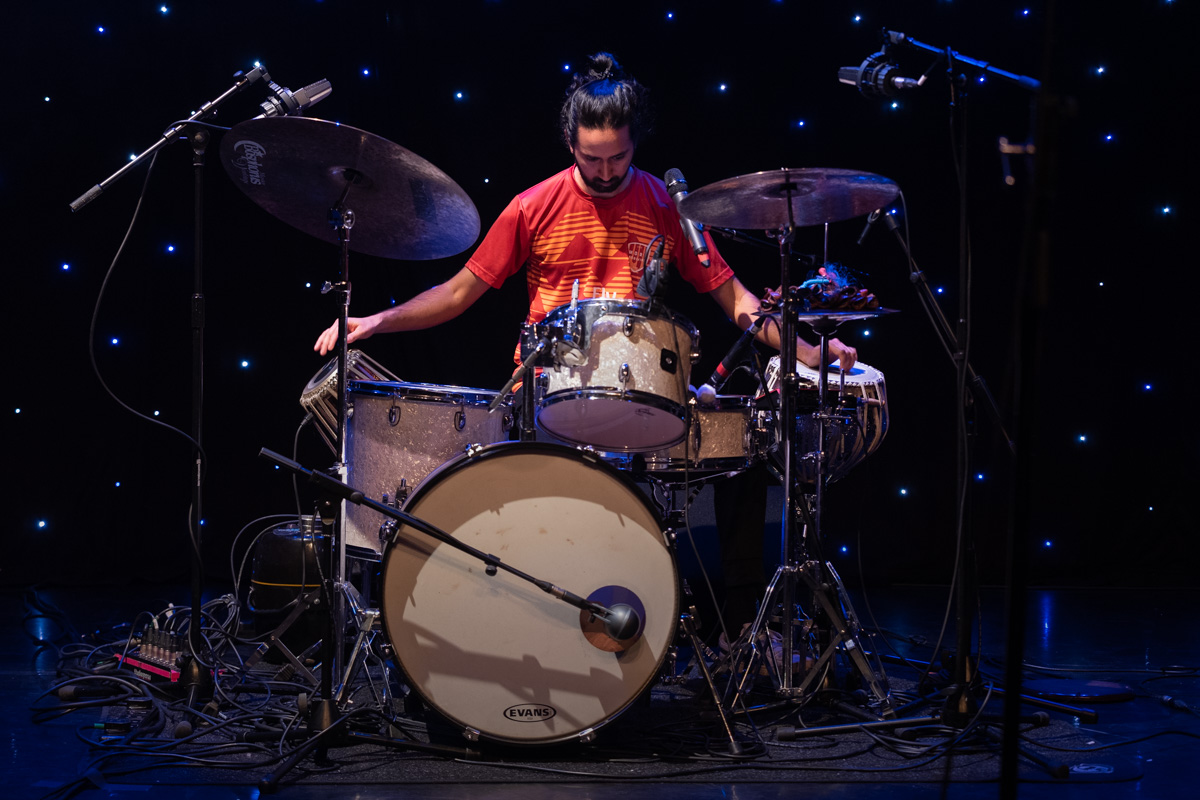 At times we are sliding into free jazz with exceptional improvisations but it’s accessible at all times. Korwar’s use of Asian percussion with the standard jazz drum kit and digital delay gives a rich canvas of rhythms over which he vocalises percussive syllables.

As the band takes a bow, they invite the audience to buy the Fly Immigrants shirt and get sued by Emirates – a personal goal of Sarathy Korwar.

Dressed in boiler suits and entering the auditorium to a space rocket countdown (the second band of the festival planning to vacate planet earth) Beyond Albedo blasts us with post-techno, ambient house. 808 State, Praga Khan, Prodigy and a smidge of Mike Oldfield and Aphex Twin.

It’s played live over a backing track and must be a nightmare for the drummer who is listening to a click track and driving the complex tunes.

If Devo did Jazz! The result was infectious and very danceable.

Saturday’s final offering, Blow 3.0, is an anonymous Belgian trio. They wear faceted masks and play ‘Drum n Sax’. Don’t bother if you don’t like sax. We do, so it’s cool!

The masks are a great prop and they take you out of a gig and into some place weird like the Corpse Bride’s wedding party.

A mid-set tech failure was turned into a triumph as they guys can busk when the power goes down. Quickly they are back in the room playing acoustically until the techies sort the glitch.

Healey admits to being a frustrated lead guitarist and has resorted to the effects used by electric guitarists to turn his sax into a monster.

Moonmot are the first band of the day in the Capstone. A UK-Swiss collaboration, Moonmot, formed in 2017.

A familiar face to the Liverpool jazz scene is Johnny Hunter behind the drums. He’ll make a second appearance later in the day with Blind Monk Theory?

There’s plenty of energy in the house and, again, we see two of the three horns using an array of digital effects.

The best way to describe the Moonmot sound is to think of a movie soundtrack for a journey through dark backstreets with the skulking cats ejected from Hippo’s garden following a Sustained Lemon Attack!

Hunter (drums) is on full gothic form as the band moves into loose-form improvisation, expertly brought back into line by Cath Roberts for a tight climax.

We end with a lament for British politics where the horns sound like moaning politicians on their soapboxes until a post-jazz thrash disintegration brings proceedings to a close.

Next, we have Martin Archer’s Anthropology Band – taking the electric music of Miles Davis as its starting point. Inventive mood-music for the 21st century, the band cover any genre you want to think about, mash it up, and throw it out the car window.

An 8-piece atmospheric flash-mob packed with talent generating stunning sounds that you’ll only get in a performance like this.

The penultimate band for a packed house is Liverpool’s own Blind Monk Theory? – coaxed out of their natural habitat, the Caledonia pub, with a trail of Twiglets and small glasses of Guinness, ready to deliver the fun-loving side of gothic jazz. 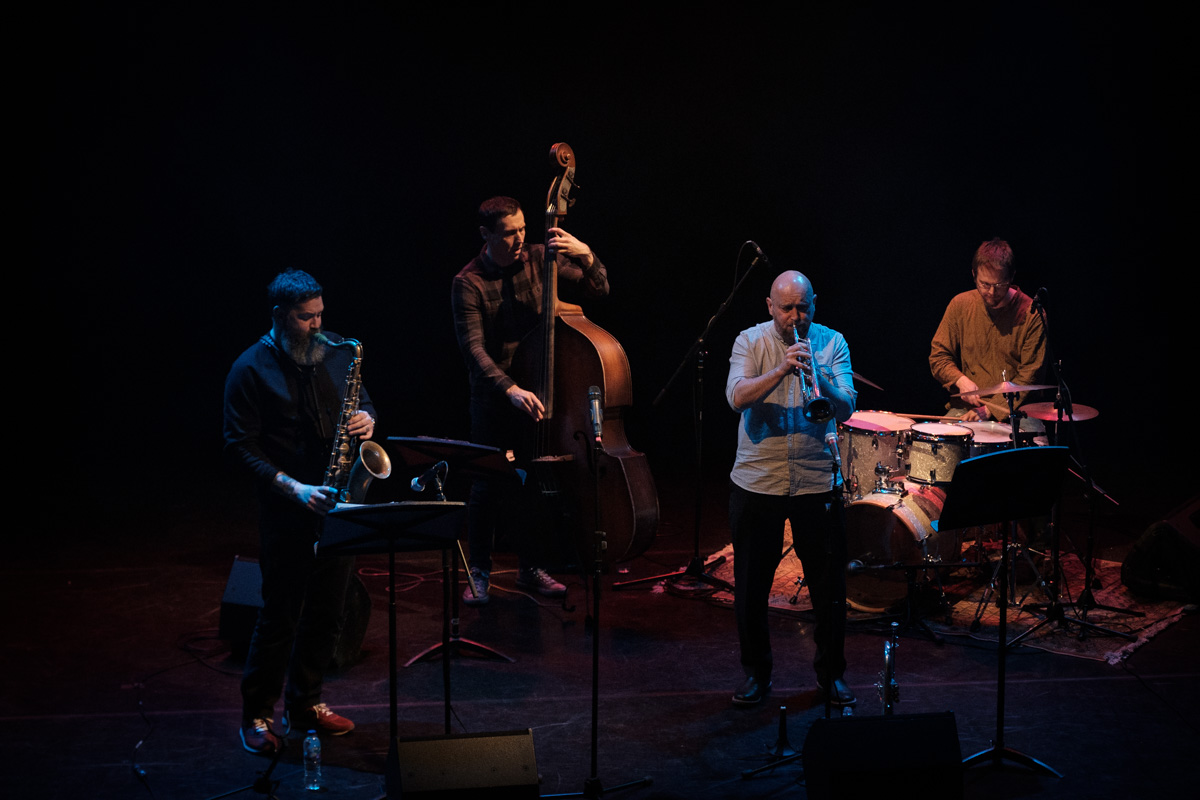 Referencing the chordless groups of Sonny Rollins, Ornette Coleman, Don Cherry and the compositions of Thelonious Monk, these guys are the perfect start for a journey into the artier side of jazz.

The Monks provide us with pulsing, cavorting shades of music – light and dark, welcoming and imposing. 4 of the hardest working and most talented musicians on the NW scene, Bob Whitaker, Martin Smith, Hugo Harrison and Johnny Hunter.

You get the feeling that Blind Monk Theory? are reviving a form of jazz that hasn’t happened yet!

Let’s hope it happens. Johnny Hunter is grooving like it’s still 2:30pm. They have a loyal following in Liverpool and the Capstone crowd give them a great welcome. Whitaker looks serious – nearly every sax player in Liverpool is in the Capstone following Liverpool Sax Day.

The Tony Kofi Quartet close LIJF 2020 for the year.  Straight ahead Modern Jazz progresses into Be Bop then post Bop.

The two horn players breathe together and the rhythm section is as cool as fuck.

A fitting end to 4 days of truly inspiring music on the broad broad jazz spectrum. Back next year. And don’t forget there are regular nights of contemporary and classic jazz in Liverpool so you only have to wait until this evening. 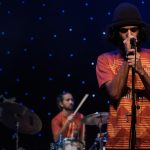 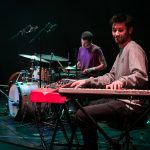 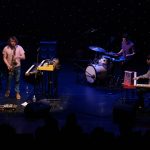 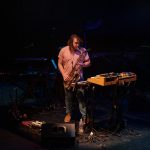 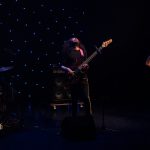 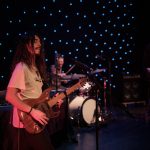 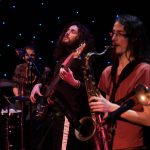 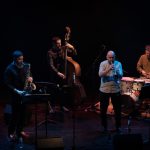 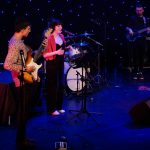 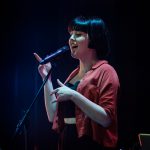 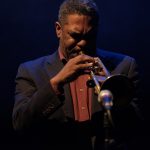 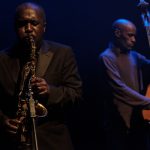 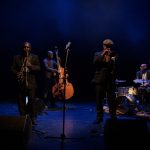 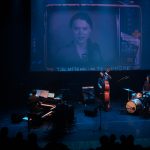 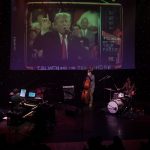 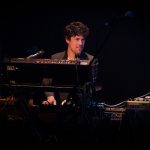 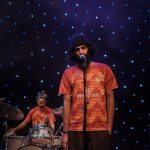 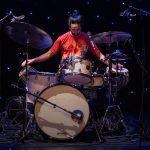 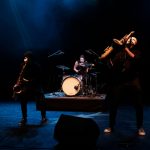 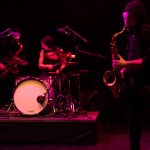 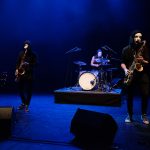 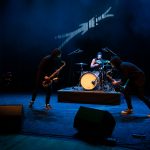