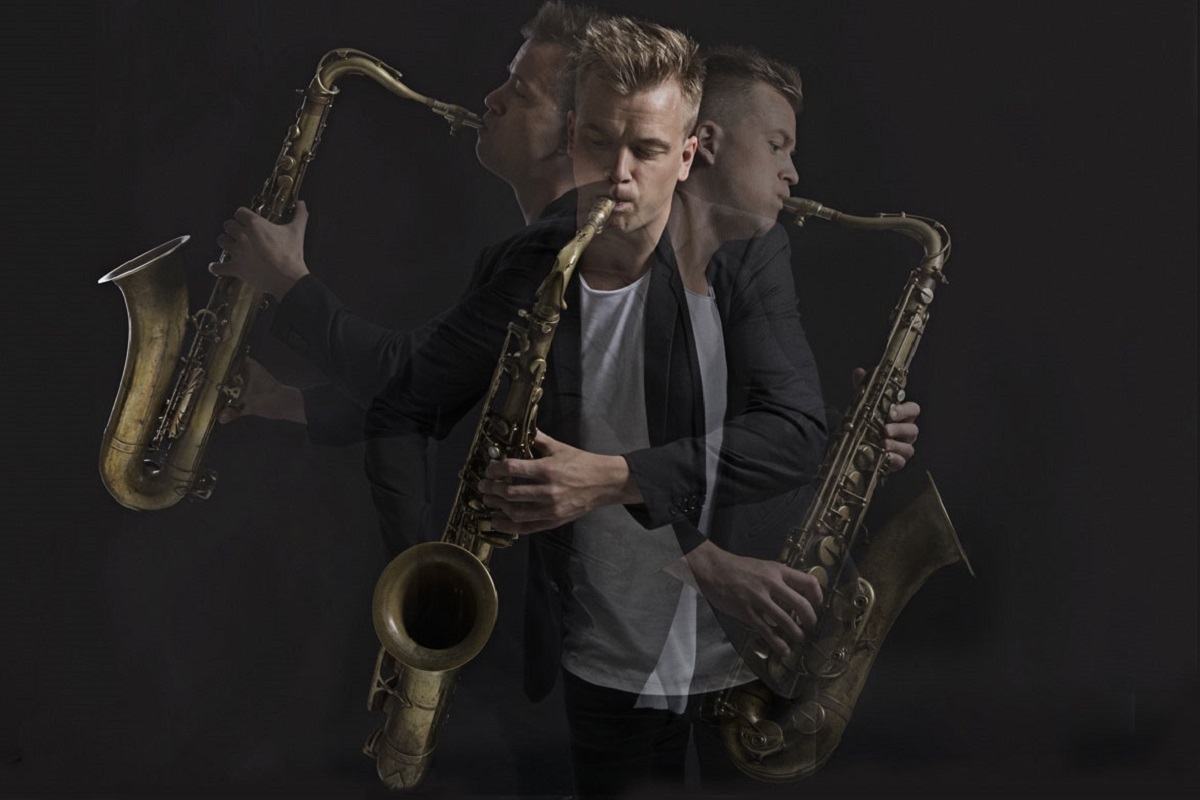 Capstone Theatre anounces up a season of exciting jazz this autumn and Getintothis’ Rick Leach has the details.

To be honest it never really went away, but in recent years it’s been winning over a whole new wider, and younger audiences, right across the UK and further afield.

No longer the preserve of Hush Puppy wearing ex-Chancellors of the Exchequer, jazz is stretching across traditional music boundaries and proving that over a century after its birth, that there’s still new and undiscovered avenues for it explore.

From Kamasi Washington working with Thundercat and Kendrick Lamar to bands like The Comet Is Coming, Sons of Kemet and Ezra Collective being given major stage slots at UK festivals, the future for jazz has never looked stronger.

Closer to home, we’ve explored the exciting and burgeoning jazz scene in Liverpool which seems to go from strength to strength, challenging preconceptions and providing a new edge with much-needed social commentary.

And we’re pretty sure that this is replicated up and down cities across the UK and Europe. If anything, at a time of uncertainty, we need music to break down boundaries and jazz is a particularly apt art form to do just that.

So it’s good news that this Autumn, the Capstone has lined-up four frankly unmissable jazz acts for us to savour.

In October and November we can treat ourselves to a French accordion and piano duo, a pianist and composer working with amazing young musicians, a trio from Luxembourg that will blow your socks off and a Norwegian saxophonist set to dazzle with an amazing level of originality..

Jazz is alive and kicking and here’s the lowdown on what they’ve lined up. 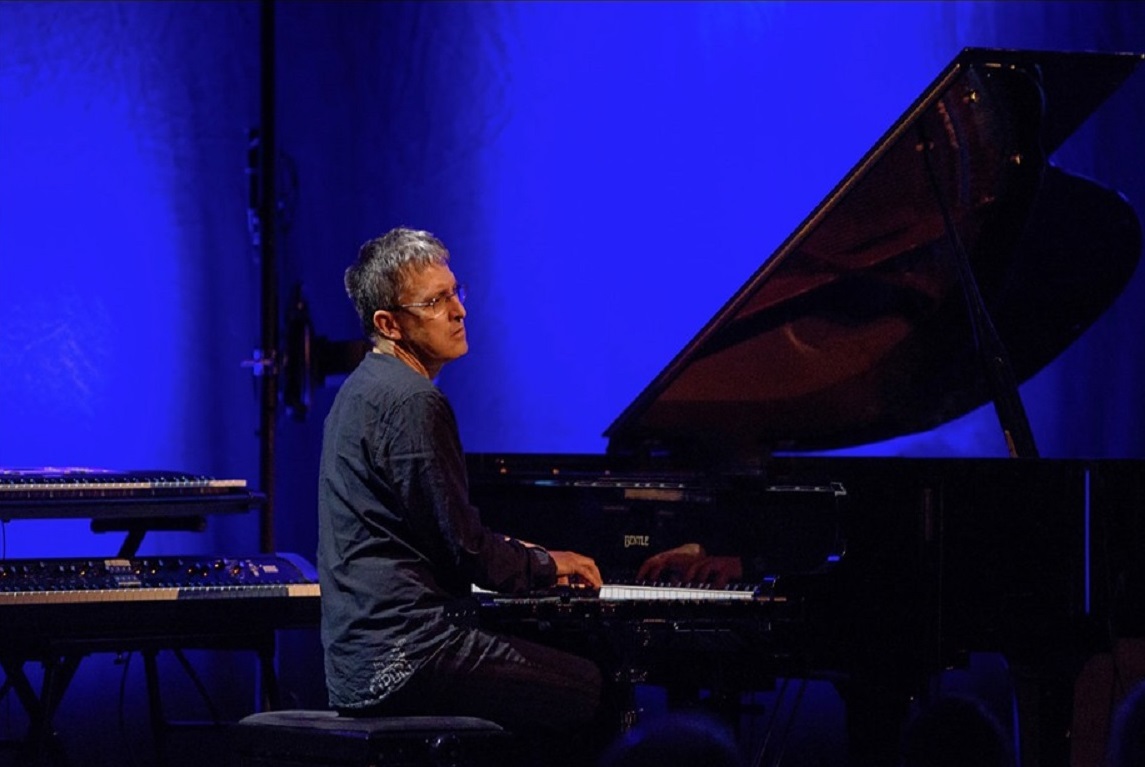 Known mainly for his Congregation, playing his original compositions, mixing jazz, and electronics, as well as classical projects, pianist and composer John Law has put together a stunning new group of young musicians, playing arrangements of other people’s tunes in a project that features Parliamentary Jazz Award Winner Sam Crockatt on saxophones.

In a move away from electronics to this purely acoustic group, ReCreations presents music not just from the standard jazz repertoire but also from pop and indie (Beatles, Radiohead, Adele and Daft Punk).

ReCreations is a band that manages to play highly accessible melodic music and recognised tunes in extremely creative and interactive arrangements, simple and complex, with an emphasis on spontaneous interaction in a group of highly versatile young musicians. 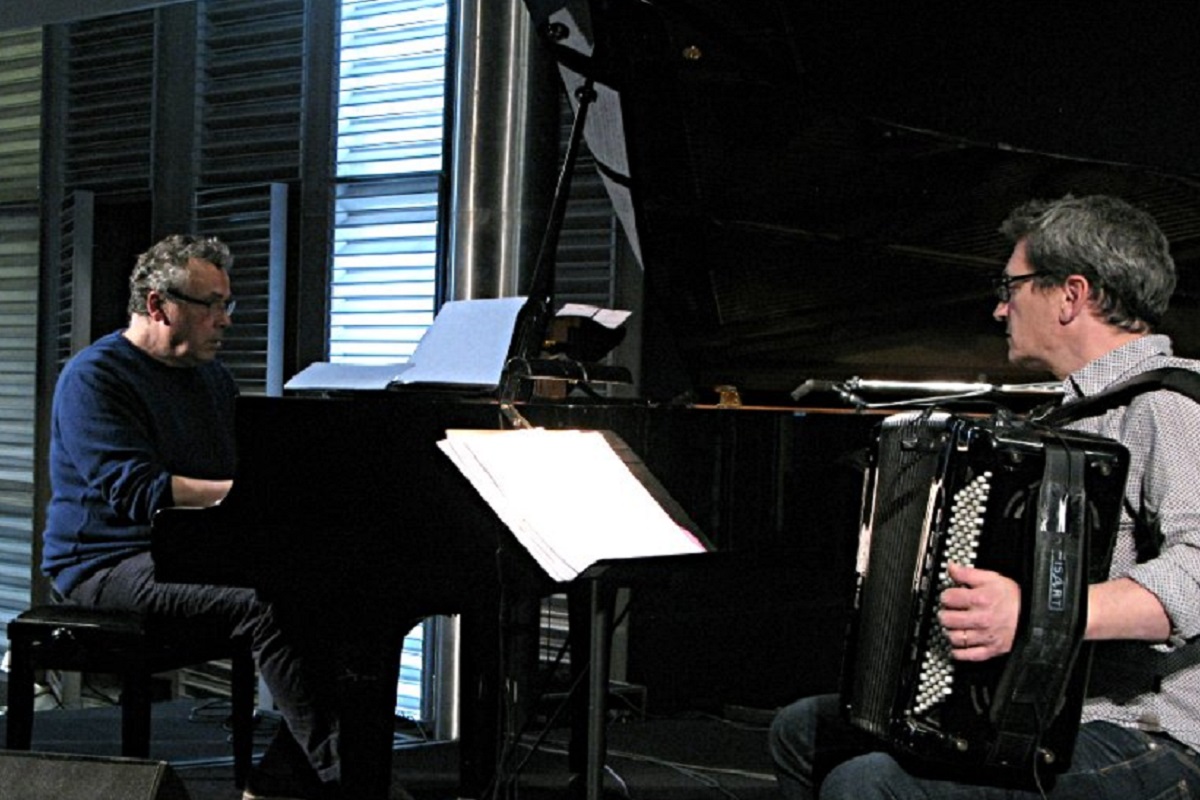 An emotional poetic journey for piano and accordion.

Jean-Marie Machado was born in Morocco, from an Italian and Spanish mother and a Portuguese father.

He discovered jazz in France and studied with the French classical pianist Catherine Collard. For 25 years he has been exploring different directions in jazz, classical composition and interdisciplinary projects mingling dance, theatre and storytelling.

Along the way he has collaborated with Andy Sheppard, Dave Liebman, Paolo Fresu and Naná Vasconcelos and has established himself at the first rank of the European jazz sphere.

He is currently in residency as an ‘affiliate composer’ at the Centre des Bords de Marne of Perreux-sur-Marne/Paris.

Born in Bayonne in South West France, Didier Ithursarry discovered and started learning the accordion at the age of seven.

Moving to Paris in 1996 he worked in collaboration with singers, on projects in theatre and in jazz, and also as a studio session musician.

In 1998 he was invited by French jazz guitarist Claude Barthélémy to join his quintet Sereine. Later that year he joined the National Jazz Orchestra (ONJ) from 2002 to 2005. In 2006 he created a duo Bilika with singer and percussionist Kristof Hiriart.

In 2008, following an invitation by French singer Stéphane Sanseverino to join him on tour and winning the Gus Viseur jazz award, he met pianist composer Jean-Marie Machado.  This marked the beginning of a long and fruitful collaboration that has given rise to several musical projects including, most recently, this duo. 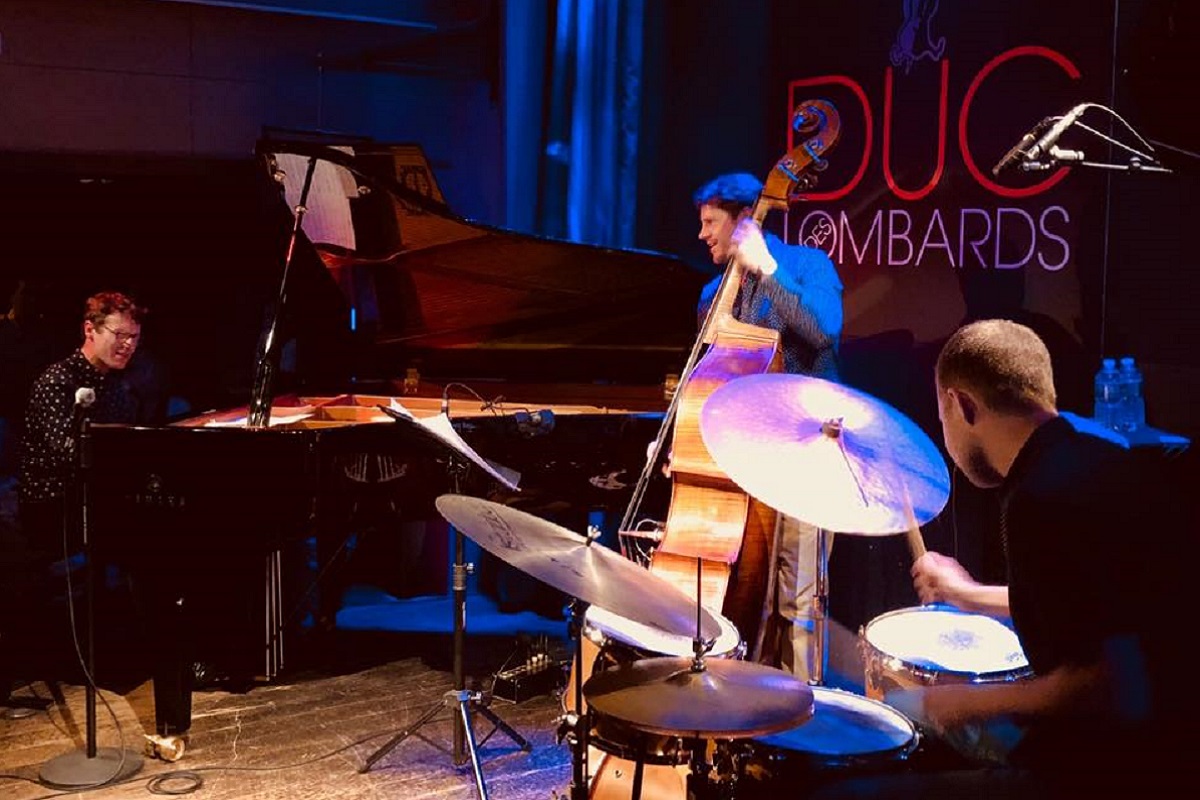 The musicians of this Luxembourg-based trio are active in different bands and projects and all have international careers.

Since the release of their first album, they have toured extensively throughout the world and appeared at major international jazz festivals in Europe and Asia. They also play regularly with Joshua Redman and Vince Mendoza. Each band member composes music for the trio, with the aim of creating a fresh and forward-thinking overall sound, one that has the influences of popular music and the singer/songwriter genre but with a core sound that remains in modern jazz.

With their European style of melodic composition, set to an almost American sounding rhythm section that is exciting and dynamic, yet grounding and settled, Reis-Demuth-Wiltgen share the diversity of current jazz and a laid-back Europe. 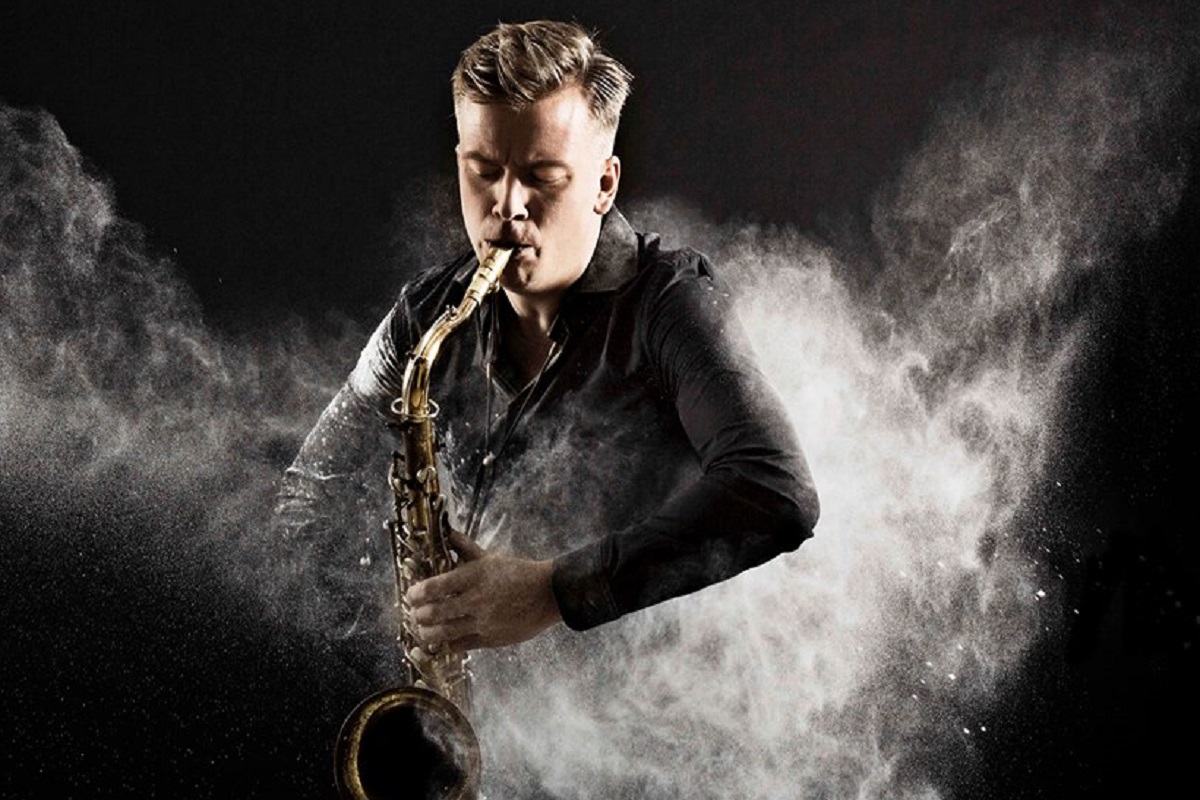 In April 2011, Norwegian-born/Copenhagen-based saxophonist Marius Neset released his debut album Golden Xplosion leading the saxophonist and composer to become one of the most talked about newcomers on the European jazz scene.

Described by Terje Mosnes (Dagbladet) as “the most talented Norwegian saxophonist since Jan Garbarek,” he has continued to dazzle audiences across Europe with his exemplary technique, energetic creativity, imagination and virtuosity on tenor and soprano saxophones, as well as his brilliance as a composer of intricate, compelling music.

His subsequent releases – Birds (2013), Lion (2014) and Pinball (2015) – have proved that Neset is on his way to being one of the biggest new draws on the circuit, with five years of heavy touring behind him, including sold out shows at some of Europe’s most prestigious festivals including North Sea Jazz, Stuttgart Jazzopen and Kongsberg Jazz Festival.

On tour, his group will be featuring music from Marius’s newest album Circle of Chimes release on ACT Music in September 2017, taking the listener on a journey and bringing together his world of influences with remarkable energy, creativity and most of all, his highly original sound.