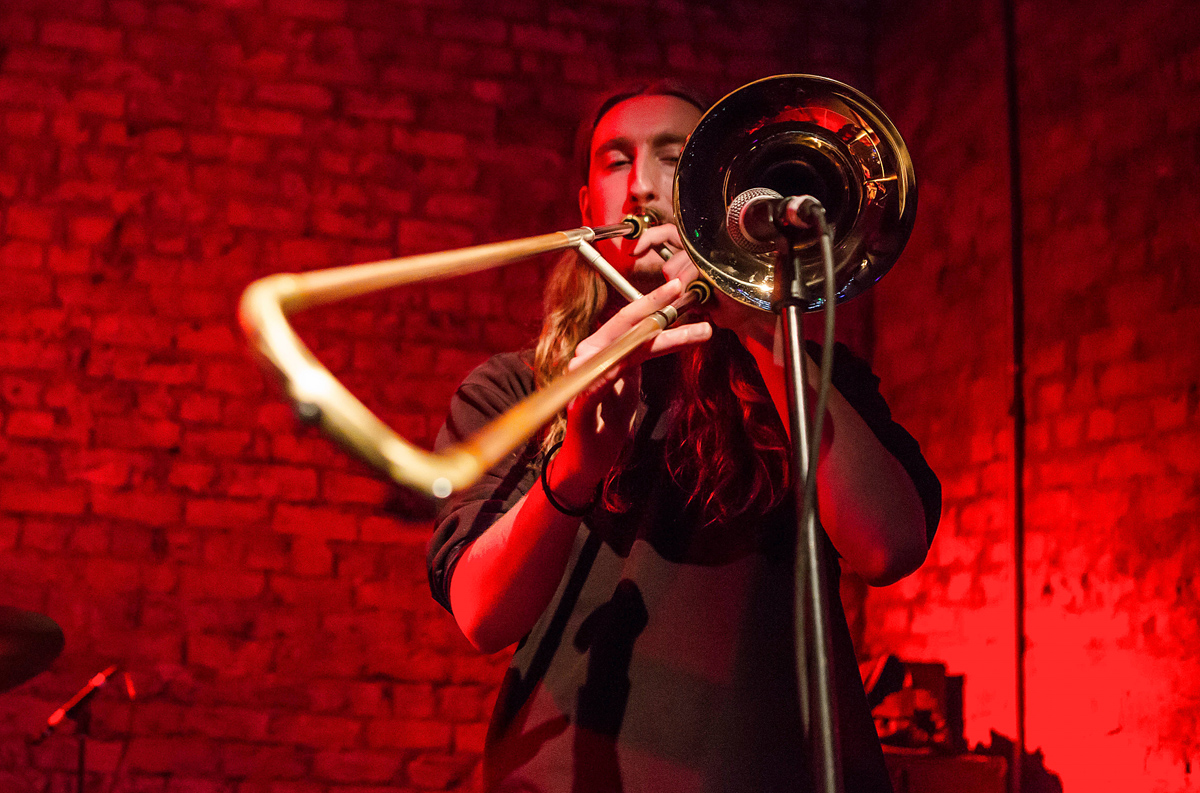 There’s a vital and exciting new jazz scene mushrooming in LIverpool and Getintothis’ Jelly Roll Parker has the run down on the bands to watch out for.

In the last 12 months Liverpool has adopted a new direction in live music. And it has been refreshing and invigorating.

In March last year, The Shipping Forecast presented USA’s psychedelic proggers Once and Future Band. On the bill was The Blurred Sun Band, and we were blown away by their sandal-wearing, trombone-assisted jazz-infused dream-rock.

Whether it was Kevin Ayers, Soft Machine, Caravan or Camel in the mid-1960s Canterbury scene or Digable Planets, Freestyle Fellowship, The Pharcyde or Guru in late 1980s USA, Jazz has been a key divergent ingredient in the progression of musical approaches and styles.

It should be no surprise in a city with over 20 jazz gigs per week, that collaborations and cross-overs are taking place.

Liverpool is currently undergoing this process with The Blurred Sun Band, Samurai Kip, MC Nelson, The Deportees, The Sputniks, Tucan and Green Tangerines.

It is also rumoured that the next releases from The Floormen and Wild Fruit Art Collective have also gone over to the jazz side.

Martin Smith of The Weave, The Grapes Band and The Jubilee Stompers also plays with The Wizards of Twiddly, who have been keeping it complicated for decades. 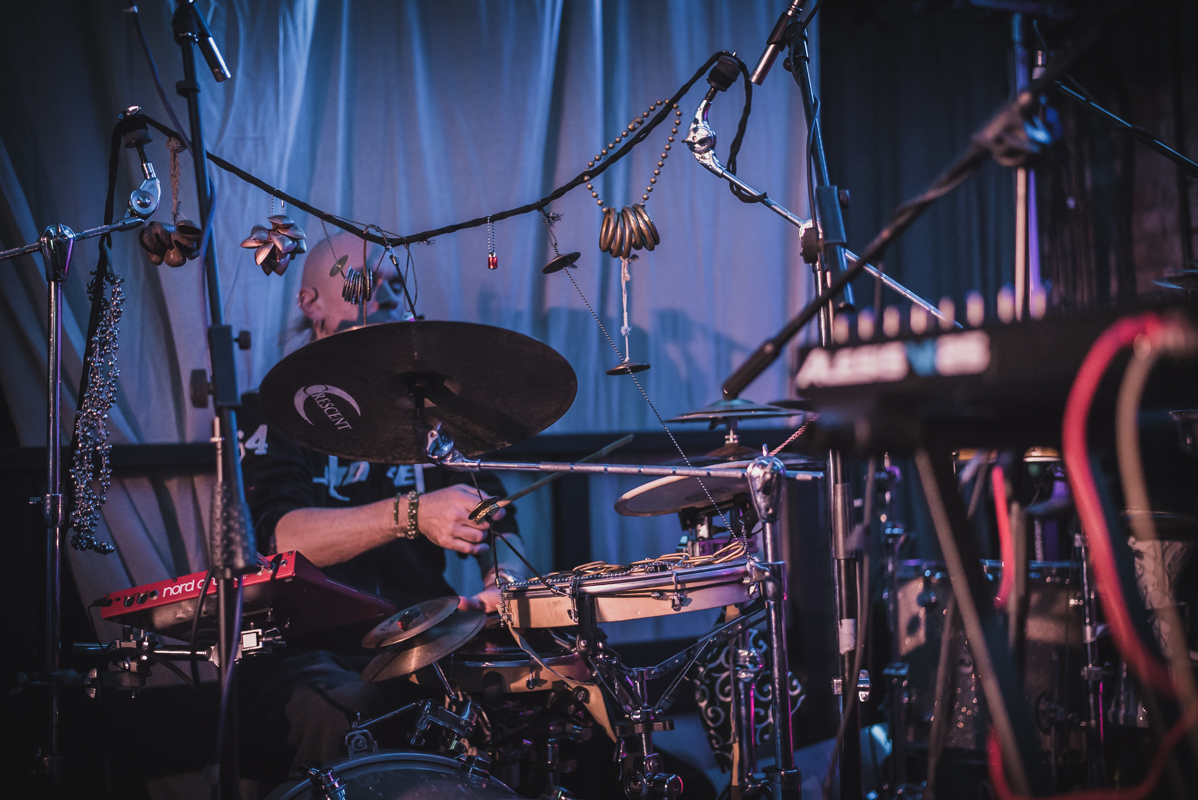 The Wizards actually provided Kevin Ayers with a backing band for a while and Martin Smith played as part of Captain Beefheart’s Magic Band last year.

Add to this IWFM and Melodic Distraction Radio, a growing number of jazz DJs like Dig Vinyl’s Elliott Hutchinson, Antisocial Jazz Club’s DJs Lee & XGfarru, an International Jazz Festival and dedicated live jazz promoters of the calibre of ParrJazz and ASJC, then you’ve got all the hep-ducks lined up.

ParrJazz, now based at Phase One, Seel Street on Tuesdays but also hosting three other regular nights across the city, have brought in contemporary acts like Snarky Puppy, FORQ, Bokanté, Get The Blessing, Blind Monk Trio, Stuart McCallum and Jessica Radcliffe.

On April 14 they brought the genre-busting Roosevelt Collier to Phase One and to say we were blown away is somewhat of an understatement. 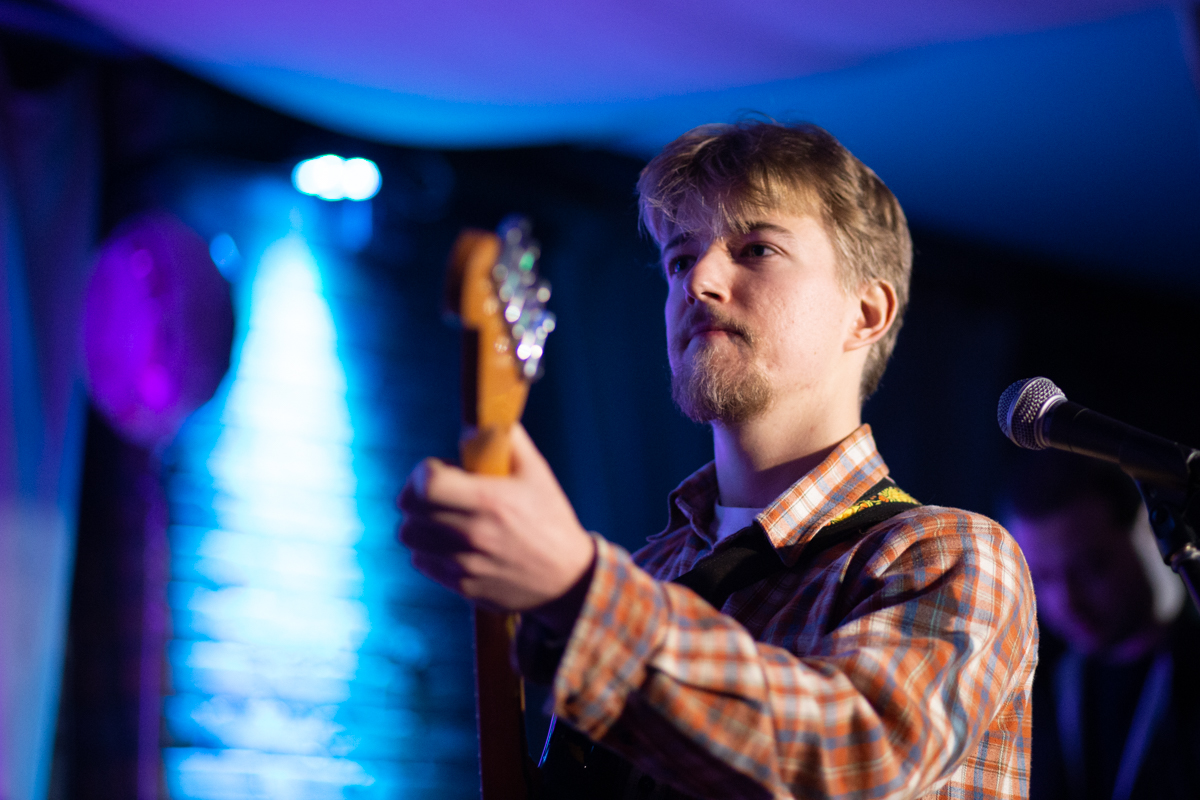 Their recent single The Grass Has Never Looked Greener has the drifting aesthetic of LA’s Triptides and Kettering’s Temples.

Check out Blurred Sun Jams playlist on Spotify, and you’ll totally get where they are coming from – Pat Metheny, Duke Ellington, John Coltrane, FORQ, Aquaserge, The Beatles, Badbadnotgood, King Gizzard and Khurangbin.

A spellbinding performance: the night when Kamasai Washington came to town 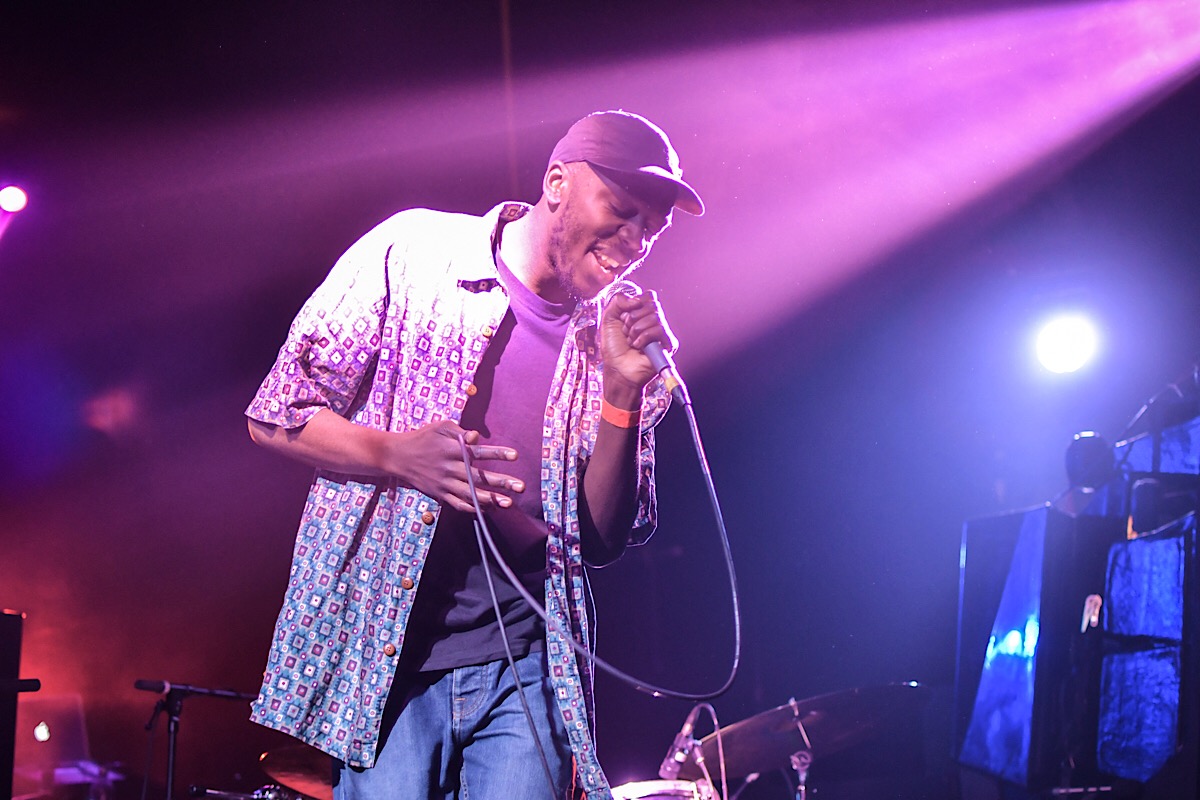 With a jazz backdrop and loose electro beats, Nelson delivers a lyrical commentary on life and issues.

Chilled and melodic with superb jazz breakdowns, this one’s recommended for a sunny spring day, sitting in the Bluecoat Garden with a Vegemite and cucumber sandwich…. crust on of course.

MC Nelson said: “Hip hop was definitely a doorway into jazz for myself. Through samples you learn about different artists labels and styles until the love for jazz eventually starts to take over.

But also jazz as a movement that broke down racial barriers while being the original music for teenagers and youth, that parents were scared of, is as big a part of the jazz influence on me as the sound.”

Recently back from that London, where Nelson was rubbing shoulders with the drummer from Ezra Collective, he’s set to be a big noise on the crossover scene.

MC Nelson is continuing the work of The Freestyle Fellowship’s Inner City Boundaries, Guru’s Jazzamatazz, The Pharcyde’s Passin’ Me By and, not to forget, Pete Rock & C.L Smooth’s The Creator.

My Year of Prog: what I learned and how I survived 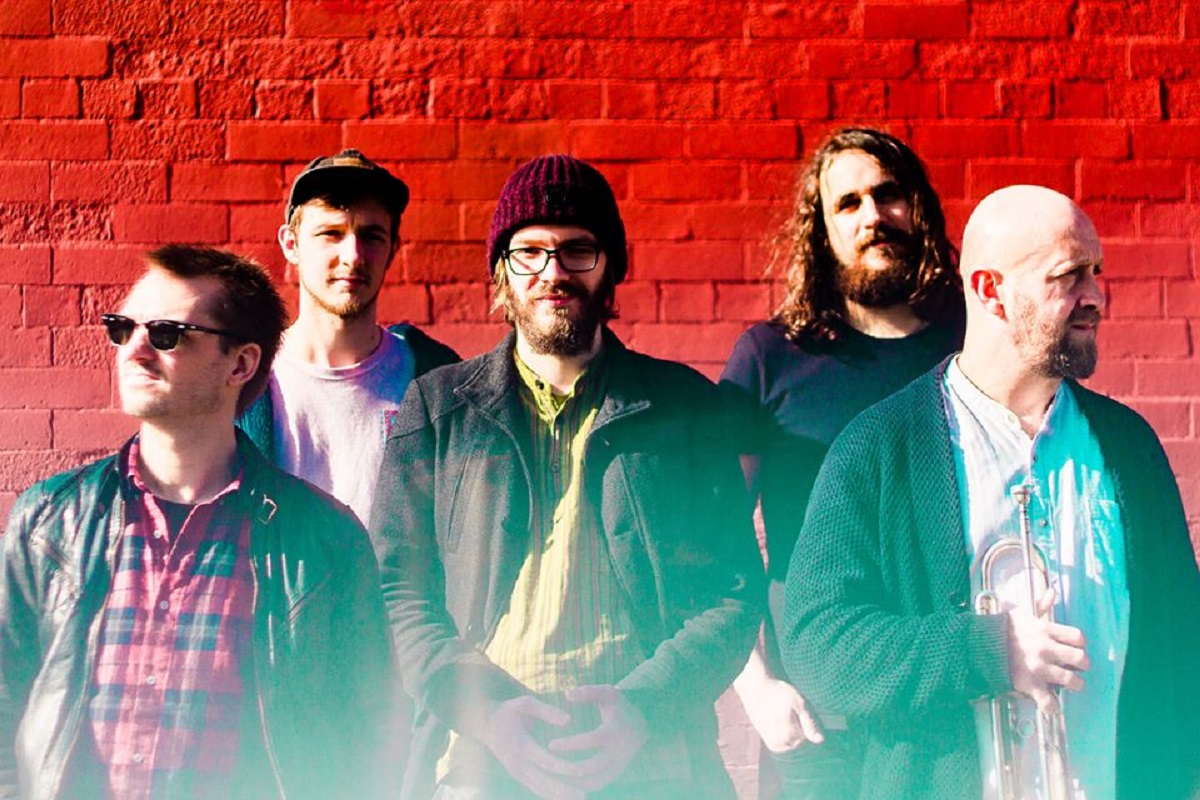 Deportees are Liverpool’s new, original and dynamic jazz outfit with members from the UK, Europe, the US and Iran.

Each player brings an element from their homeland and they cook up hot sounds from their diverse backgrounds.

Their compositions and improvising reflect a range of musical influence from American and European Jazz, Blues, Latin American music, and the Avant Garde.

Max O´Hara is a pianist from the US, Pablo Sonnaillon is a bass player from Spain, saxophonist Eric Animan is from Switzerland and Soroush Niroumand Fard is a percussionist and drummer from Iran. Both guitarist Alex McDowall and trumpeter Martin Smith are from the UK.

When asked about influences, “Well there are a few, for now I can say Charlie Haden’s Liberation Music Orchestra, Charles Mingus’ Ah Um, Ornette Coleman’s The Shape of Jazz to Come and, maybe local guys Misha Gray’s Prehistoric Jazz Quintet and The Weave,”  said Alex.

The Deportees deliver “Jazz sans frontiers” and will be recording an album later in the year. 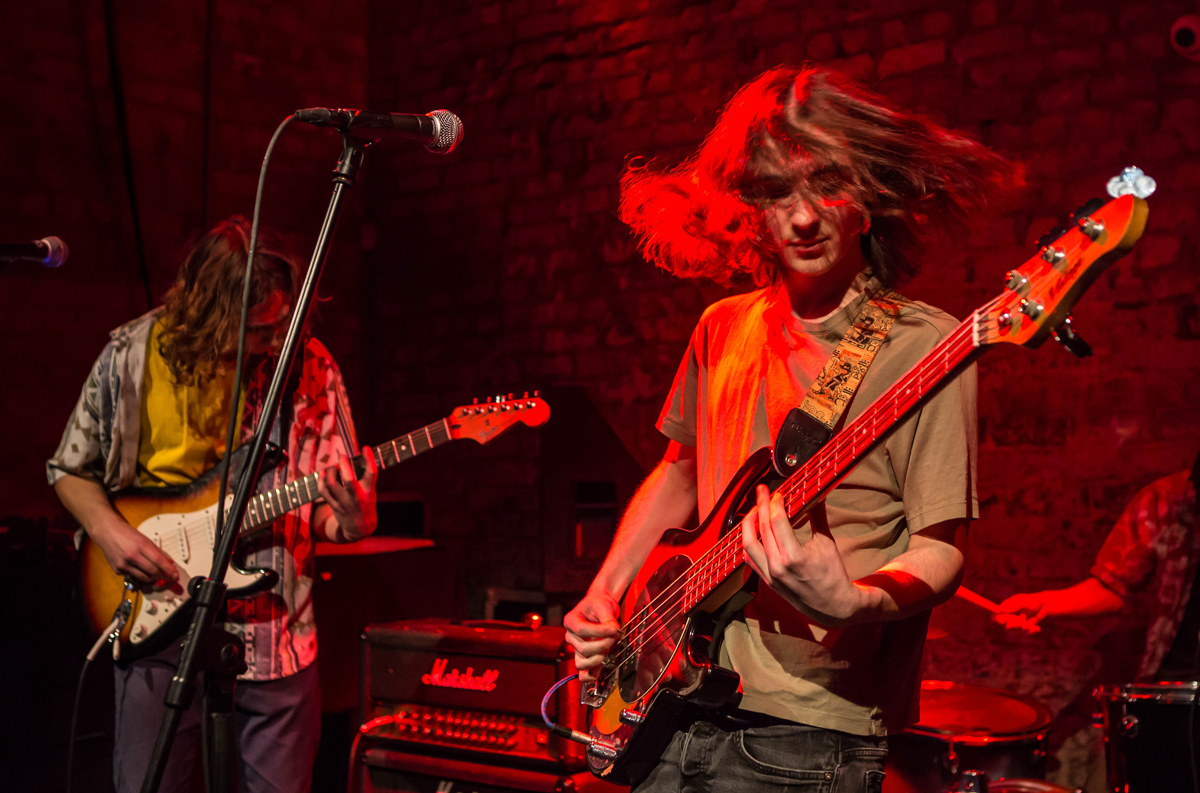 Samurai Kip deal us a heavier but uplifting sound with powerful vocals and wah wah pedal from Aidan McGuire, bass by Jamie Lindberg, funky beats from Michael Lindberg and Charlie Reed on trombone.

We asked Jamie Lindberg about the band’s influences:

“We’re into a lot of different kinds of jazz from 60’s cool jazz like Kind of Blue and generally anything by Miles Davis, John Coltrane, Bill Evans, etc. to modern day Neojazz fusions with other genres like hip-hop and dance music.

Some of the older albums that stand out to me are Dizzy On The French Riviera by Dizzy Gillespie, Duke Ellington & John Coltrane, obviously Kind of Blue by Miles Davis, Explorations by the Bill Evans Trio, Ptah The El Daoud by Alice Coltrane, Nighthawks At The Diner by Tom Waits… I’m going to stop there because I could go on all day with more albums by the likes of Thelonious Monk and Stan Getz etc., but I’ll move onto some more modern jazz for us and artists like Fela Kuti and Ebo Taylor have incorporated a lot of jazz into their music as well as funk and soul to create that amazing sound.

“oforofo Fight is a great Fela Kuti album. Hip Hop groups like A Tribe Called Quest take a lot of jazz influence and use plenty of jazz samples in their music which is highly evident in albums like Low End Theory and Midnight Marauders.

De La Soul and other, more often than not, East Coast rap groups also took a lot of influence from jazz and we’re really into that kind of stuff.

As far as modern-day jazz, we love artists like Alfa Mist, Badbadnotgood and Yussef Kamaal… Yussef Kamaal’s album Black Focus is a favourite of ours.”

Samurai Kip know their jazz and they make us think of the Isley Brothers’ Summer Breeze blowing you up Lark Lane after a vegan-friendly barbecue in Seffy Park with King Gizzard on your Walkman (even if the bins are full by 11am). Check out Samurai’s Pik playlist on Spotify, it’s perfect.

Miles Ahead: claustrophobia, paranoia and all that jazz

Sputniks orbit town in a portable trio format made up of Andrew Myers on tenor saxophone, Alex McDowall brandishing Gibbo guitar and Pablo Sonnaillon on double bass. You can catch them in smaller venues, and they dish out the full range of be-bop and progressive jazz, plus more challenging improvisations and weirdness.

Fresh out of that actual Abbey Road, Abbey Road, Studios with their debut tune called Flight. LIPA music student Gili Goldberg said about the eight-piece band: “At first we were shocked that we could just walk into Abbey Road so casually with all the tourists outside looking at us. Then after about half-an-hour of excitement we tried to treat it just like another recording session.” 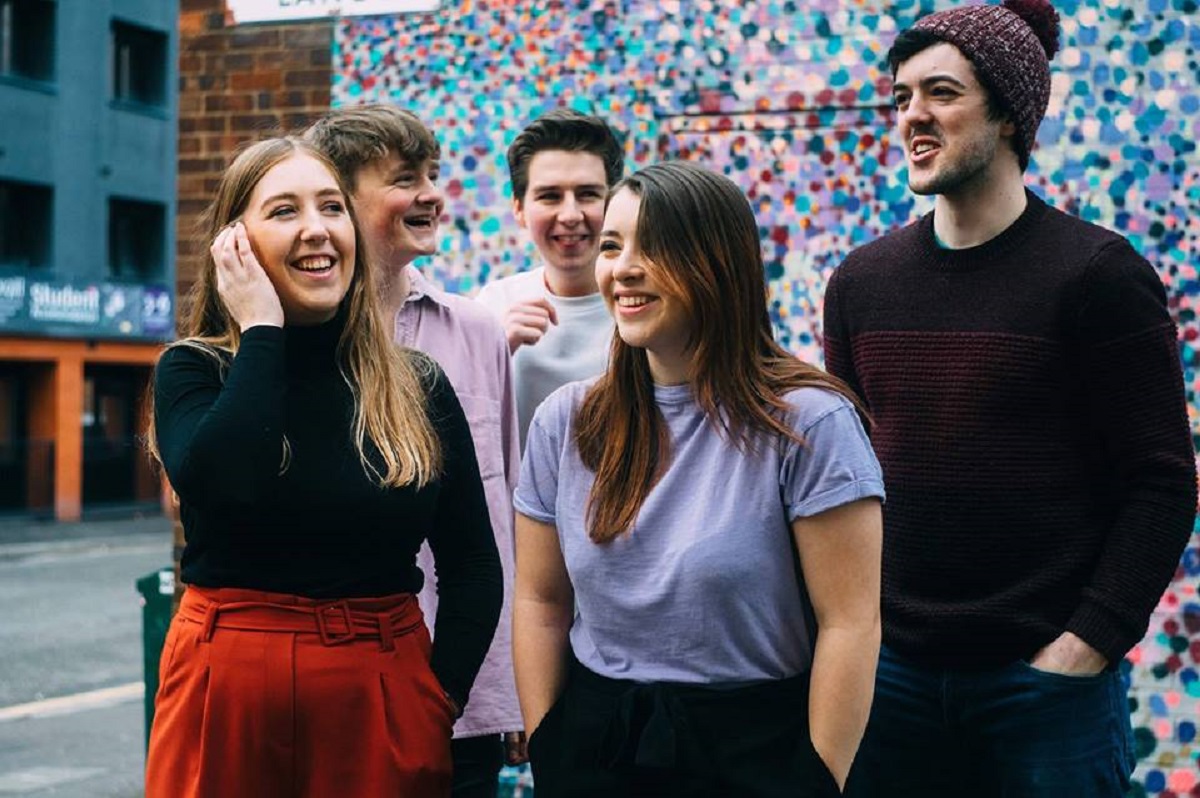 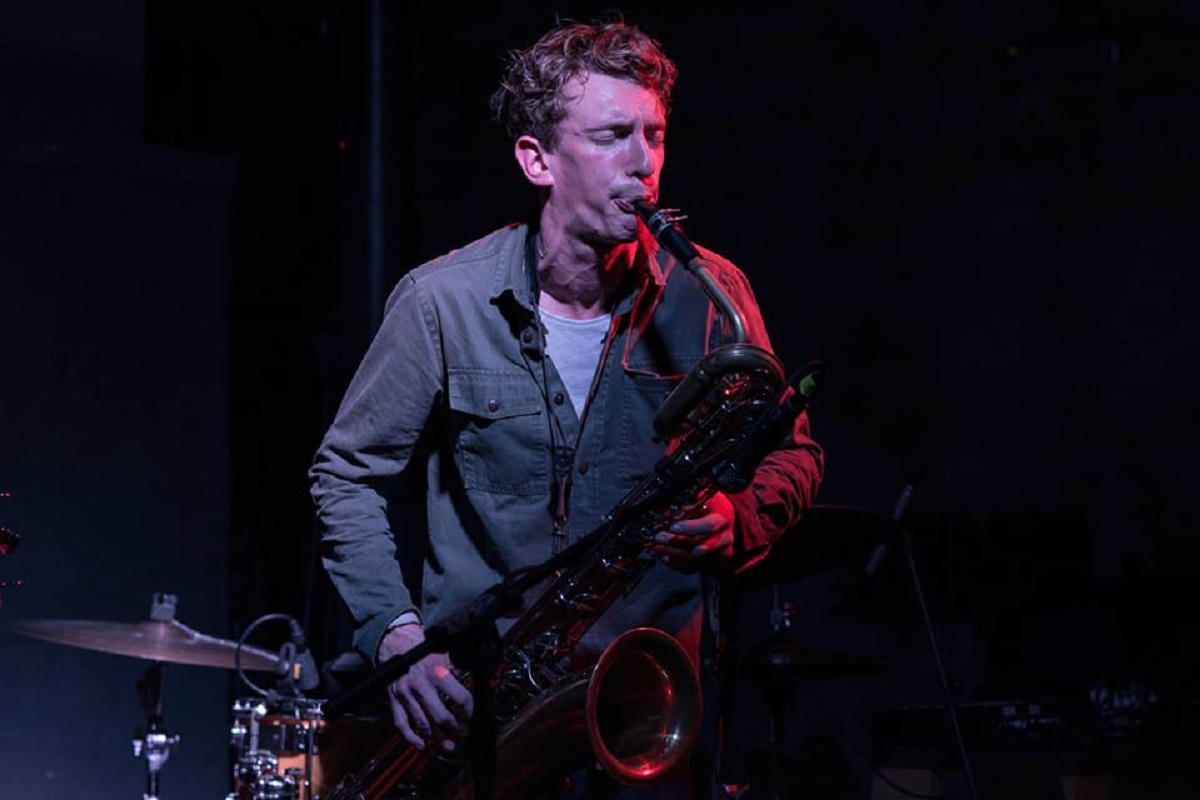 Nick Branton is one to look out for.

He appears in many groups and as well as his own. He collaborates across early jazz, folk, rock, swing, modern and free-jazz groups. His main instruments are reed-based, particularly the bass clarinet.

Catch him with percussionist Michael Metcalfe in more art-jazz inspired outings – often in unusual venues. Nick’s Dead Hedge Trio will take you somewhere not of this world, toot toot…

We think there’s definitely something going on.

Great ingredients, open-minded musicians and most importantly, an audience, young and old, who appreciate difference and invention.

The times are changeable and the creative forces at play are going to make something very splendid and very beautiful, possibly a bit complicated too. Nice.