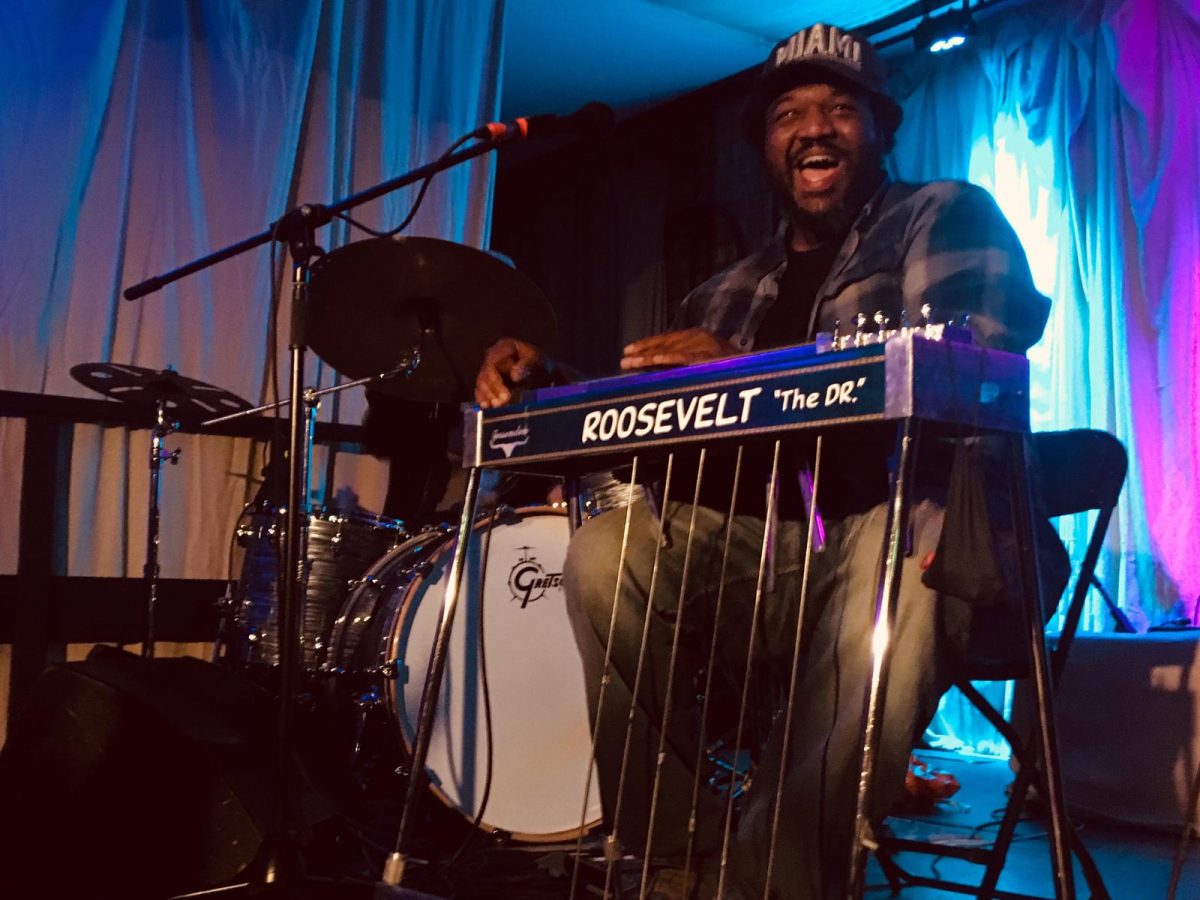 First off, a confession. Up until a couple of months ago this writer had barely registered ParrJazz.

Sure we’d heard of it. It was something to do with Studio 2 on Parr Street and conjured up imagery of a dimly lit backroom bar, all stumpy side lamps on mahogany tables bathed in maroon as brass jutted out the smokey shadows. But had we experienced whatever it was first hand. Nope, we barely let it even register a reminder note in our subconscious. This was ‘jazz‘ – something other; something of a passing interest.

That was until midway through last year, when the double act of organisers Geni and Jab (no, they’re not kids TV presenters but we’d suggest they’d be equally as adept) approached us with the right amount of enthusiasm, vigour and insight to peak our interest into the world of ParrJazz – an alluring mixture of contemporary fusion, rising Merseyside based musicians, touring leftfield virtuosos and a side order of the more traditional staples. Gypsy jazz is rarely, if ever, on the menu.

But here’s the thing. To a novice in the jazz world – our record collection consists of Miles Davis (A Kind of Blue, Bitches Brew, On The Corner), John Coltrane (A Love Supreme, Blue Train), Herbie Hancock (Headhunters), Aretha Franklin and Nina Simone best of’s and a handful of compilations – venturing out the comfort zone throws up question upon question – a risk of time; what and who to see and when?

This conundrum must also strike the average gig goer in Liverpool too – perhaps around the country – as jazz is a world you have to immerse yourself in. The mere label itself has connotations to the average listener which is perhaps daunting, if not off-putting entirely. So for ParrJazz to hold their regular evenings on a Tuesday and Sunday – the sell is an uphill struggle from the get go. What exactly are we getting into?

Well, tonight we took the plunge. Our debut ParrJazz experience. And if tonight’s anything to go by, perhaps we should all be jumping right in the deep end.

Yet, dipping into his debut album Exit Music was enough to sell tonight’s proceedings; a thick soup of rubbery grooves, high octane rhythmic nous and a heavy dose of good-time fun. Seriously, watch the title track and dare your body not to fall into it’s syncopated undulations.

By the time we venture into the new home of ParrJazz at Jacaranda Records Phase One (the team moved here last November) the stage is set – a tidy pedal steel is front and centre complete with ‘The Dr‘ emblazoned across it’s frame – and boy, was he about to serve us up some medicinal funk.

From the get-go, Collier winds up his wrists flicking off riffs like a pinball wizard as the front row gyrates in unison. The pace is swaggering as wave upon wave of loose mesmeric propulsions see the audience sway as one; an exuberant couple down the front begin Jackie Chan high-kicking in perfect synchronicity.

What’s immediately apparent is this is an exercise in tightly controlled musical teamwork.

Rarely if ever during tonight’s proceedings do any of the players take the limelight unnecessarily; there’s few soloing or individual spotlight grabbing – and when, for example, drummer Armando Lopez takes an extended work out on the kit it’s precision musicality which simply adds to the whole experience rather than descending into stereotypical jazz showmanship.

We can’t help but be thrust back to the first time we saw Prince‘s New Power Generation in action – a supergroup of sorts each excelling in their craft yet forming a holy alliance and working as one – a divine cauldron of jazz-funk-soul and when ramping it up and placing guitar to the fore, the very definition of rock & roll power; on more than one occasion Collier twists his arms back and forth over the pedal steel flexing our heart-strings at one with his instrument.

Later he picks up his guitar and cradles a bottleneck slide emitting raw blues which careers around the venue as the audience emits whoops and howls of surprised delight.

By now there’s wild dancing as a throng of people have are both stage left and right dancing in the wings as bass player Rodrigo Zambrano stands nodding his head while remaining an understated yet assured presence at the back of the set.

As The Dr knocks back a couple of White Russians (take that Lebowski) from a small glass tumbler, there’s echoes of Fela Kuti, John Lee Hooker, Kamasi Washington, Miles Davis, Mahavishnu Orchestra and even Beggars Banquet era Rolling Stones – a melting pot of rhythm and blues, jazz, cosmic funk and everything else in between.

Somewhere amid the swamp boogie Dr John‘s Gris Gris Gumbo Ya Ya is oozing into the mix.

Perhaps most impressive (to our ears anyway) of Collier‘s collective is Jason Matthews flexing a bank of Rhodes keyboards – as he builds layer upon layer of smoldering textures all the while grinning ear to ear as his bandleader trades all manner of guitar licks.

Yet such is the humility of Collier he leaves the stage midway through to let his band (who themselves perform as Electric Kif) jam one out while he stands amid the crowd all the while filming the delirium on his phone.

Despite round trips from Tunisia to London’s Ronnie Scott‘s and bereft of sleep, the energy is cranked up a notch further when Liverpool blues singer Connie Lush joins the quartet on stage for an improvisational work out of Hoochie Coochie Man. It’s a breathtaking performance exuding full-blown passion and throat-rattling blues.

There’s time for a rapturous encore as a clearly delighted Roosevelt Collier promises he’ll be back later this summer before blistering through one final jam which segues into the Jackson Five‘s Can You Feel It.

It’s a masterclass in musicianship from start to finish and as Collier (a refilled White Russian in hand) and his band leave the stage for a final time it’s evident we’ve all witnessed something special.

The bar has been set for gig of the year, and on an otherwise lazy Sunday, it’s just what the doctor ordered. You’d be wise to get acquainted to Roosevelt Collier and the world of ParrJazz. 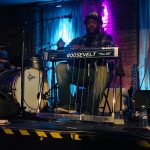 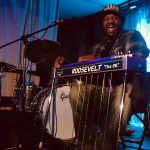 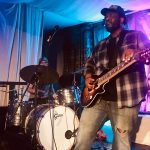 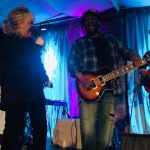 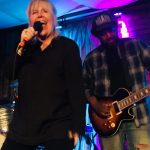 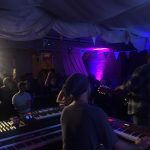 Roosevelt Collier and his band at Phase One 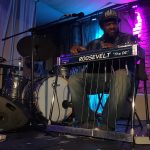 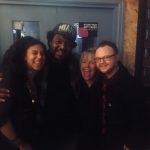