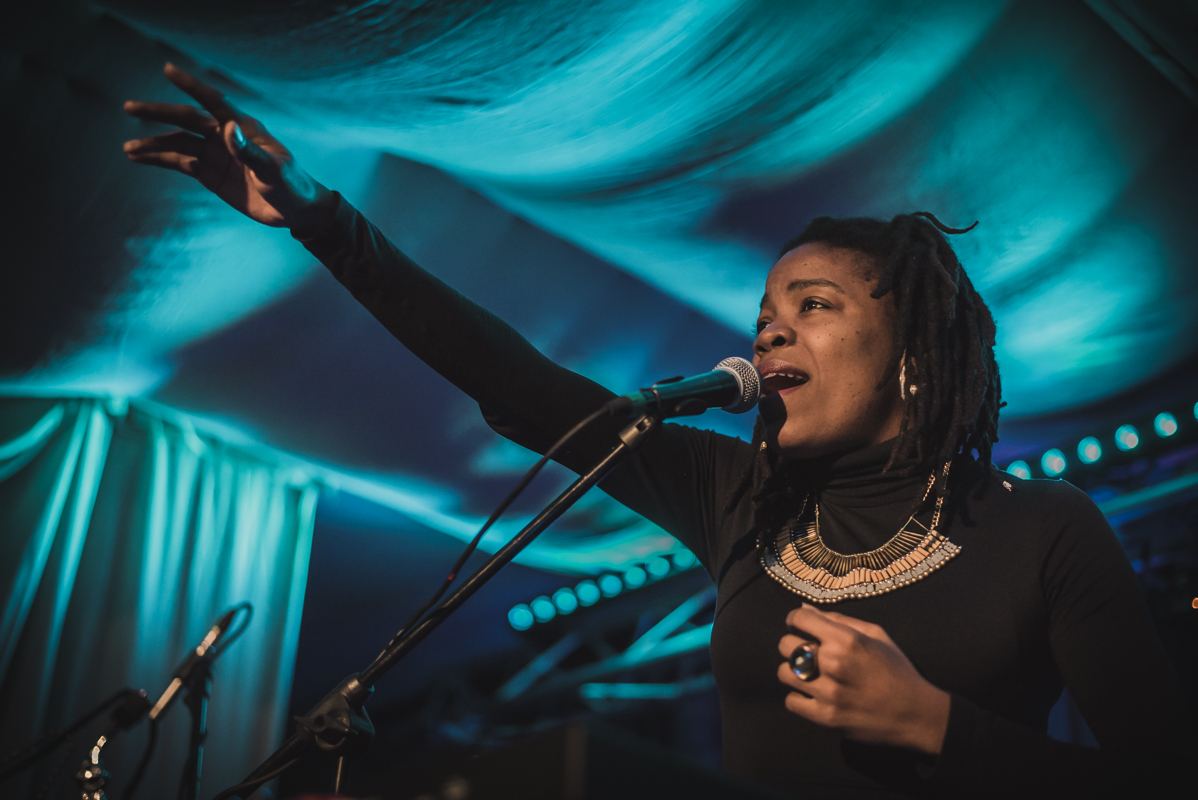 With world music supergroup Bokanté in the midst of a European tour Getintothis’ Kevin Barrett caught them when they stopped off at Jacaranda Records Phase One.

The last time we had the pleasure of Michael League playing to a Liverpool audience was way back in 2014 where he brought Snarky Puppy to the Kazimier. It’s been far too long, with the Kazimier no longer there, making way for apartments, he returns to the city’s fastest rising venue, Jacaranda Records Phase One.

Having traded his customary bass in for a baritone guitar he’s joined by latest band Bokanté. The eight-piece ensemble has released two albums to date and is made up of accomplished musicians in their own right from all corners of the world. Joining League, providing lead vocals is Malika Tirolien, a Guadeloupe born, Montreal based singer, Jordan Peters and Snarky Puppy’s Bob Lanzetti on guitar, Jay White on guest bass, percussion legend Jamey Haddad, pedal steel guitar maestro Roosevelt Collier, and percussionists, Sweden’s André Ferrari, and Japan’s Keita Ogawa make up the rest of the group.

Getting proceedings underway with Bòd Lanmè Pa Lwen from the bands latest album White Heat, a funk-fest kicks in around a minute into the set. A quick scan around the room and there isn’t a single person either not swaying or nodding their head to the groove. There’s an infectious vibrancy to Bokanté’s sound, and the decent turn out is making the most of this chilly Sunday night.

League takes to the mic for introductions, a mention that this date was a late addition to the tour which will see the band play 11 shows in 11 days. An impressive feat, and even more so as the night develops given the energy they put in the performance.

Shame, Blaenavon, and Confidence Man among those named as second wave of artists announced for Sound City 2019

O La from the band’s debut, 2017’s Strange Circles is next, a storytelling intro leading to a stunning vocal range from Tirolien, this is followed by Roudesann and Fanm, which she dedicates to all the women in here tonight. With the lyrics delivered in Creole and French, the translation is lost on this monolinguist, but the passion in her voice is astounding to witness.

It’s during Famn we see a wonderful rhythmic chemistry between the vocals and Collier’s playing, the collision of the musicianship is mesmerising. Throughout the set Tirolien’s voice complements each member of the band as they each take a turn for an instrumental solo. There’s an undeniable respect between each member that’s visible during these moments, master musicians with an admiration for each other’s work, and a love of what they do resonates throughout the performance.

The full set is a musical journey, from desert sands to the vibrant streets of West Africa, to straight up soulful jazz, this is an exhibition of sound, played by some of the very best out there.

Other highlights include; Jou Ké Ouvè, a powerful track about acceptance of other people’s culture, the political protest song Don’t Do It, a direct jab at the awful choices currently being made by reigning governments, with a special mention to Donald Trump. And the penultimate track of the night Nou Tout Sé Yonn.

Héritier brings the night to a close, an encore of elegance and beauty, with a vocal reach to stun everyone in the room before the ride home.

Huge credit must go to Parrjazz for bringing this sublime gig to Liverpool, a perfect way to get Independent Venue Week underway. 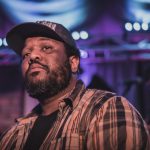 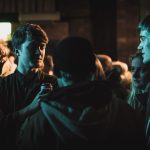 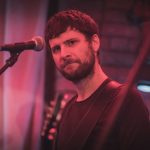 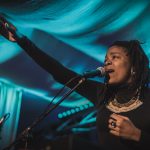 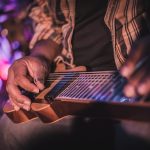 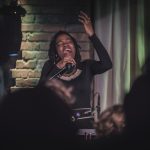 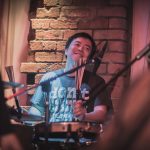 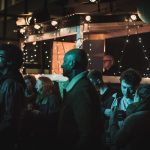 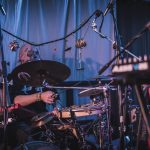 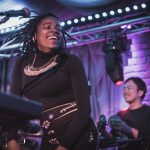 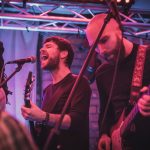 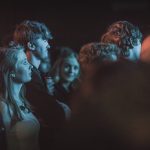