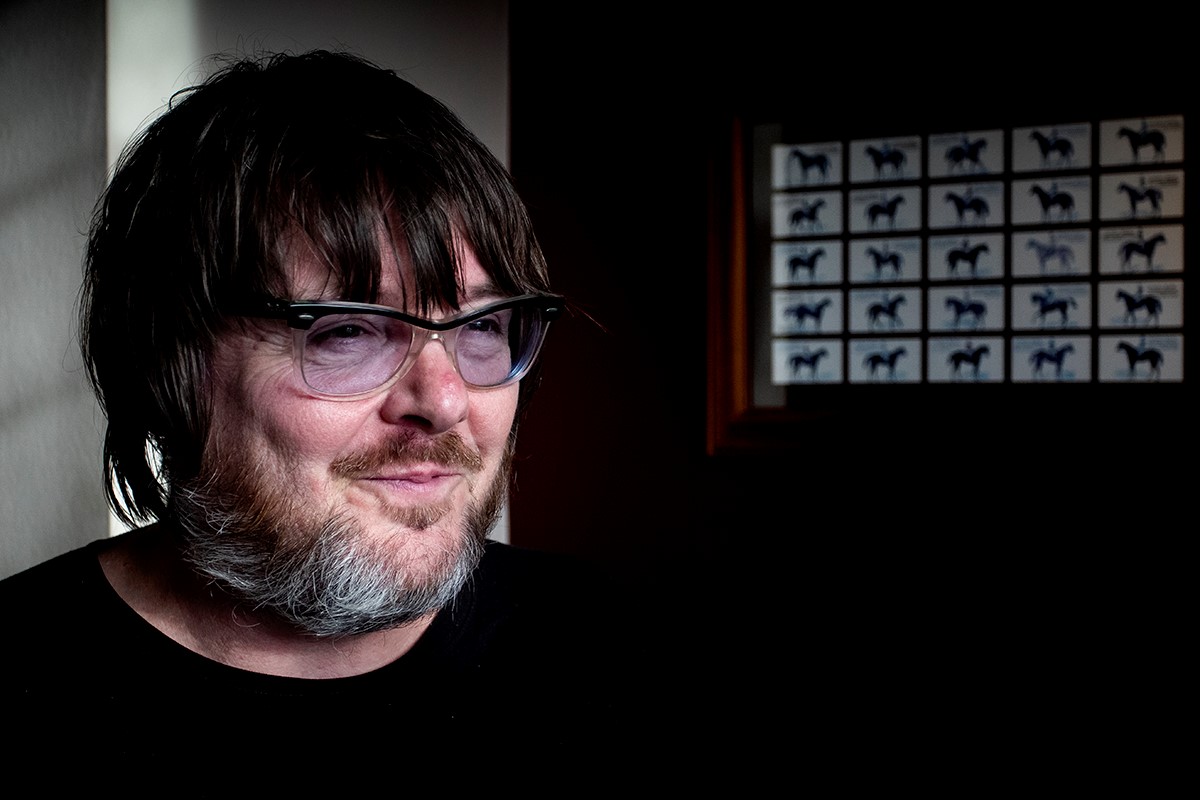 As the Blackburn raves hit their 30th anniversary, Getintothis’ Mark Holt talks to DJ Andy Carroll about Liverpool’s role in these legendary parties.

It is 30 years since the last true counter-culture idols plied their trade in the disused mills and warehouses of the North West of England.

To celebrate, some of the original crew from those heady days have joined forces with Nightsafe, a charity that raises funds for homeless people in Blackburn, to put on a series of events that tries to encapsulate the sense of liberation from a poverty stricken mid-eighties to a sense of euphoria, belonging and open (but passive) rebellion.

The programme of events is as follows:

​Alongside the trainer exhibition, Adidas Spezial Blackburn is hosting the following series of events to raise funds for the Nightsafe Blackburn charity, as shown below.

So why is all this being posted on a Liverpool based magazine?

Well, as a regular attendee of those ground-breaking parties, almost every other person I spoke to was from Liverpool, and every single one of those parties was the better for it.

Liverpool had already been primed for the Blackburn Rave explosion for years thanks to DJs like Andy Carroll and the hard work they put into the early Liverpool house scene, though clubs like 051, The State and of course the legendary Quadrant Park in Bootle.

That hard work was sadly underappreciated in the music media until Cream arrived. Until then, the emphasis was placed on the admittedly incredibly influential likes of the Hacienda in Manchester and Shoom in London.

To put this right, we had a chat and a beer with Andy Carroll.

Getintothis:  Where did you start your DJing career?
Andy Carroll:  “I started going to Eric’s on Matthew Street in the early eighties to listen to the latest bands that were doing matinee gigs, who were mostly punk.

Through meeting Roger Eagle and various other local characters at the time I was influenced by their advice and after Eric’s had closed got to be one of the residents at Brady’s that took over the club space.”

Getintothis:  How did the Blackburn raves become known in Liverpool?
Andy Carroll:  “It was all word of mouth via record shops, others DJ’s and raver mates.”

Getintothis:  Why is Liverpool’s early House scene not spoken about in the same revered tones as Manchester’s in the media?
Andy Carroll:  “Its’s simple really, we were all about the passion and didn’t have any media savy or in particular a man like Tony Wilson in the time, but The State was an amazing place at that moment and one of the country’s best kept secrets.”

Getintothis:  Frankie Knuckles Your Love became perhaps the biggest Blackburn anthem of them all and I believe you had a hand in that, tell me about it?
Andy Carroll: “I can’t fully claim for sure other than I was the first to play it at Live The Dream the day it was released as an A side .

A few import copies found their way to Eastern Bloc in Manchester , I’m not sure who else got one of those but I could hear it was a big tune and boldly dropped it when the sun had come up.

It just so happened that I became the first person to play it out at the Live the Dream party and got quite a few bookings for that set I did that morning.”

Getintothis:  You quietly broke the mould regarding set content back in the day, incorporating bands like INXS, Talking Heads and The Waterboys into your sets. What gave you the idea?
Andy Carroll: “It wasn’t an idea at all, it’s just something I have always done. I love all music, it’s never just been a dance music thing for me.

Liverpool’s different, some of the tunes I played were just natural Liverpool anthems that would go down well at The State, where I was a resident from 1984 to 1989, when the police closed us down and that in retrospect gave our scene its individual identity and perhaps it was that which set us apart.”

Getintothis:  You also signed a lot of big tunes under licence and gave them UK releases, how exactly did you make this happen?
Andy Carroll:  “A hunger for new music and an ear for good tunes. I soon realised I could get more involved and learned the ropes of signing tracks as fast as possible.”

Getintothis:  What’s next on your calendar?
Andy Carroll:  “It’s back to Pike’s in Ibiza this weekend for the closing party and then Halloween at Alma De Cuba followed by Raves-R-Us at the Camp And Furnace at the start of November.”

Getintothis:  What is Raves-R-Us?
Andy Carroll:  “Raves-R-Us is bringing theatre and rave culture together, a tough one to describe, but something I’ve been looking into for some time.

It’s something thats great fun and really different if people get like I do I’m sure they’ll LOVE IT , its really special.”

I would urge all who read this to watch the YouTube video below in its entirety, as that is where dance music came from. It may not be pretty, but it’s a record of where it all began.