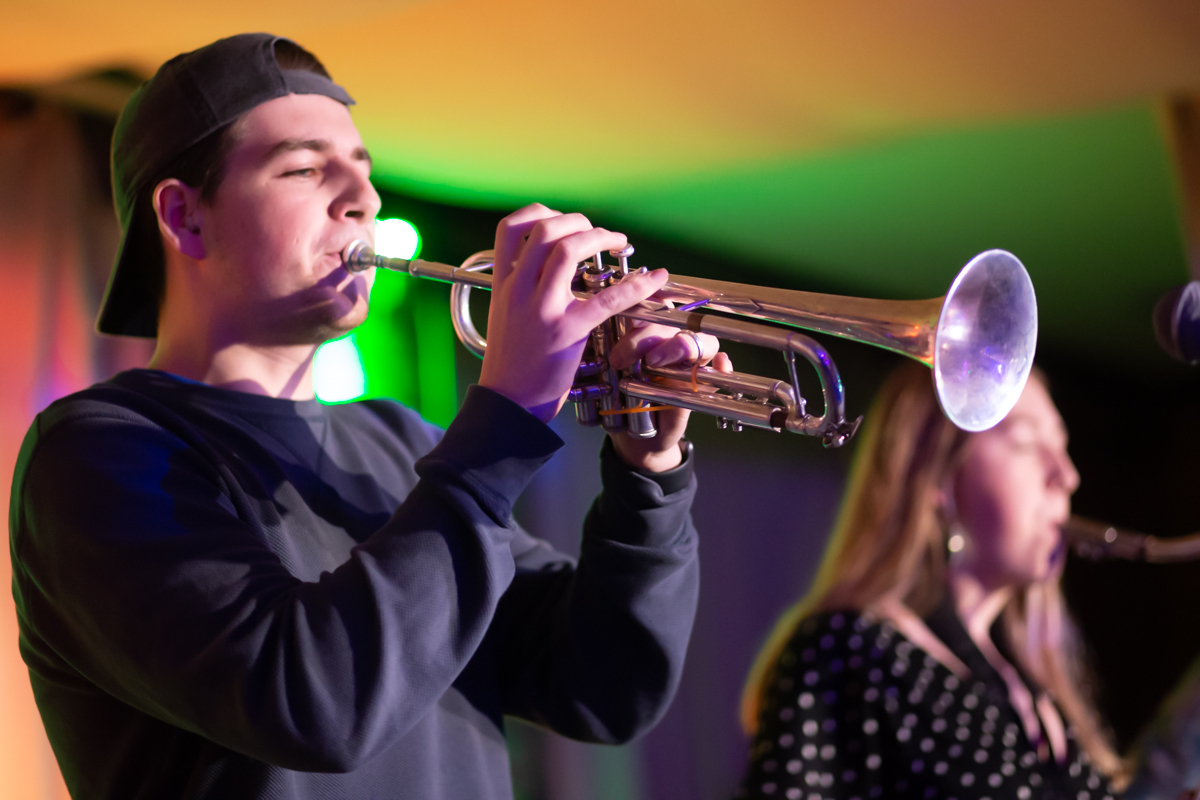 As 2019 comes to a close, Getintothis‘ Jelly Roll Parker looks back at a stunning year that Liverpool’s jazz scene has had as the years highlights are revisited.

2019 has been a great year for jazz within Liverpool with audience sizes growing, emerging acts flourishing and some of Getintothis’ favourite gigs of the year as the city’s jazz community continues to grow.

As a finale to the past twelve months, Liverpool’s premier jazz promoters Parrjazz have selected their own favorite moments and highlights of 2019 as they hope to go from strength to strength in 2020.

Early in the year we were blown away by Michael League’s amazing World Jazz Supergroup Bokanté at Phase One. Anyone trying to get down Seel Street on that particular afternoon would have enjoyed the sight of a 60 foot tour bus/trailer combo nudging wing mirrors and nonchalant pigeons out of the way.

The local jazz community came together to build drum kits and keyboard rigs and negotiate rates for accommodation and changing rooms so that Phase One could host a band used to playing stadia and auditoria.

Bokanté were followed by the Liverpool International Jazz Festival in the Capstone Theatre with a broad offering from the jazz-techno of Strobes to the son of the legendary Dave Brubeck, Darius Brubeck.

LIJF has become an important national fixture in the jazz calendar and showcases local talent alongside world-class touring acts. The festival team at the Capstone Theatre have been developing the festival since 2013 and it will be in its 8th year next February.

The number of regular jazz nights in town increased markedly with several occurring every night of the week. Added to this an increased programme being run at Hope University’s Capstone Theatre and jazz also appearing at the Philharmonic Hall, this has provided a huge choice and variety for hardcore jazzers and newcomers.

2019 was the year that locals the Jubilee Stompers and Blind Monk Theory emerged from the city’s jazz incubator. The common element between these ensembles is the arch collaborator, trumpet and marching horn master Martin Smith. You may have heard him in the Grapes Band during their wild Sunday nights on the corner of Knight Street and Roscoe Street.

The adaptability of Liverpool’s musicians is quite apparent when you consider that Jubilee Stompers play 100-year-old jazz and Blind Monk Theory are a confit of jagged tunes consisting of dark gothic tones, chilling bass and needle-gun percussion. The bands consist of artists who have their own highly successful projects, from pop to the Avant Garde.

Jubilee Stompers now have a number of regular residencies across town including Handy Man Pub and The Grapes. Blind Monk Theory are editing a live recording from November made in the awesome Spot Club – it’s a secret jazz cellar that you need to find for yourselves!

We had the pleasure of launching a radio show with the team at Baltic Triangle’s Melodic Distraction Radio. We think they have created something really beautiful and it’s been a joy to put together the monthly Jazz But Not As We Know It show as I’ve had an excuse to mine the outer limits of music on or around the jazz spectrum.

There has been plenty of forgotten Psych, Prog, Funk, Ska and esoterica has been dusted off and broadcast this year to a growing global audience. 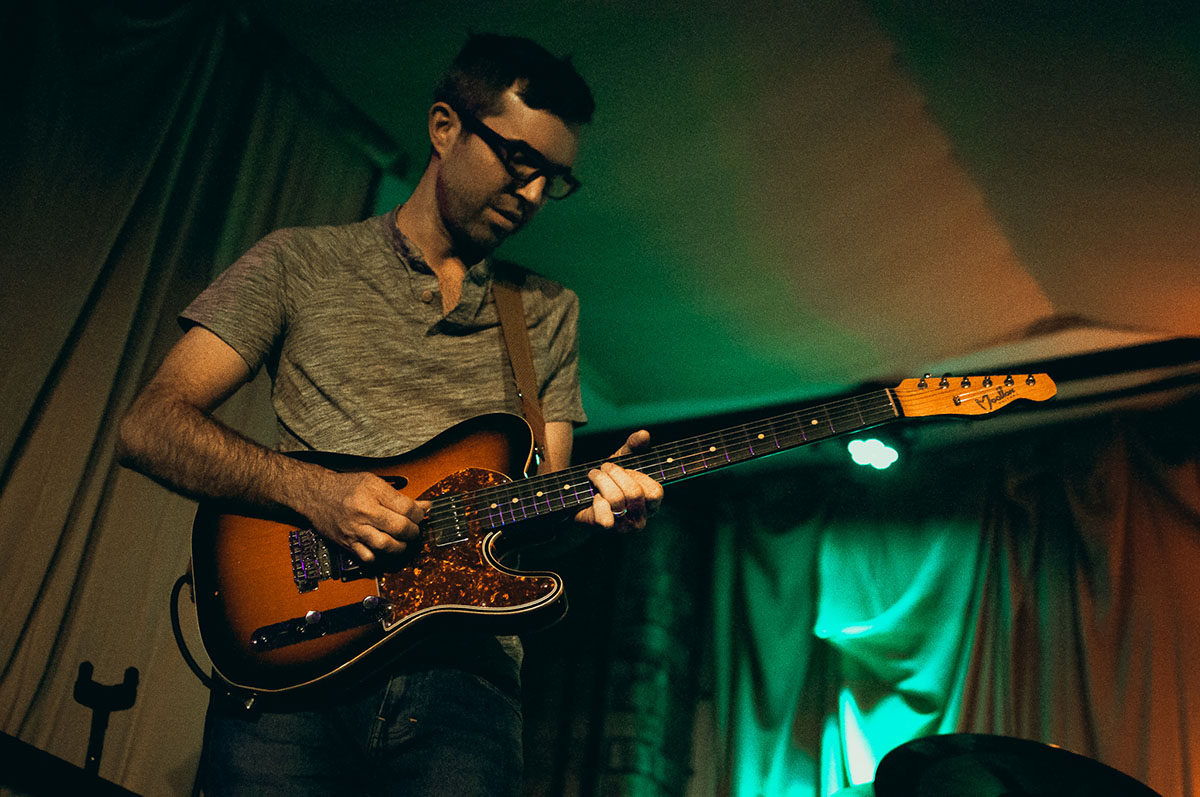 April saw the Dave Storey Trio playing an amazing session at Phase One, fusing hard Be-Bop with gentle soundscapes. Their album titled Bosco is a thing of beauty and highly recommended for a full listen. Big Chicken and Bosco are stand out tracks.

In August Getintothis interviewed USA Funk/Jazz/Prog/Fusion rockers FORQ at the British Music Experience ahead of their Liverpool gig at Phase One. The guys painted a picture of a healthy and creative music community in New York and had plenty of positives to share on the Liverpool Jazz scene. Later in the year they released Four, their fourth album. Their keyboard wizard is none other than Henry Hey, who was David Bowie’s keyboard artist for his last two albums and music director of Lazarus, the musical.

FORQ, Sleeping Dragon: Phase One, Liverpool reviewed and chatting about the future of jazz

November brought the Snarky Puppy gig that filled the Manchester Apollo and it was something very very wonderful. The Puppies have played Liverpool from their early days to sell-out crowds in Studio 2 and The Kazimier. Puppy-in-chief and GroundUp founder Michael League has spawned many new projects, all having this city in their hearts, such is the welcome and appreciation they get from “a city with good ears.”

Amongst others that played in the city, we found many great surprises, opening up a whole new audience to contemporary jazz.

Liverpool continues to attract the best jazz artists, it’s a bit of a golden age, actually. Jazz is a dish best served live so support your local live venues and see where the music takes you. 2020 looks like it will be another fine year!