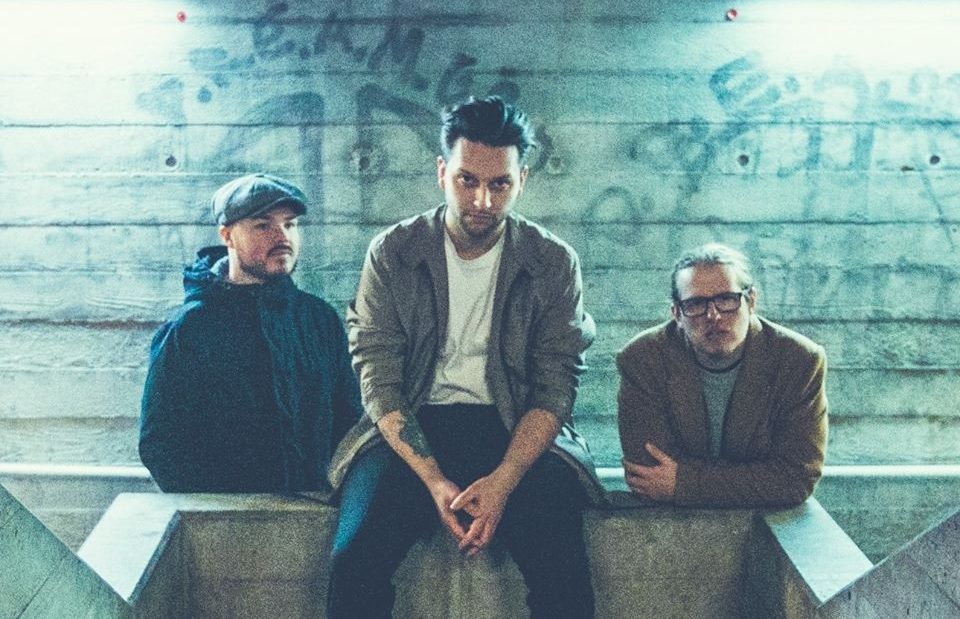 Glass Peaks are a band in for a massive 2020, Getintothis’ James Baker quizzes them on their new tune.

A trio based in London, Glass Peaks take their influences from the likes of Foals, Radiohead, and White Lies. Consisting of lead singer and bassist Alfie Jefferies, guitarist Jake Cox, and drummer Grant Tugwell, the band have an eclectic range when it comes to showing off musical genres.

Electric, Alternative, Acoustic, Grunge-pop; it’s clear to see that a debut EP has been a long time coming to show this variation off, and here the time is almost upon us. Titled “It’s Raining On The Wrong Side Of The Window”, the long-awaited first extended-release from the band drops on May 1st.

Including the already released “Never Really Left” and love letter “London Is Concrete”, the EP includes two other tracks, “São Paulo” and the acoustic title track “It’s Raining On The Wrong Side Of The Window”

Getintothis included the first single from this EP in the March edition of Deep Cuts, describing it as “A grunge-pop sound with a riff that will rattle right through your system is paired perfectly with the powerful vocals from lead singer and bassist Alfie Jefferies”.

Opening the EP is fiery track São Paulo, a song inspired by a date Alfie had with a girl from the same place.

As well as picking their brains with our 13 Questions, the band have also given us an exclusive listen to this opening track, to which you can listen below.

1. Where are you and what are you doing right now?

Grant – Isolated indoors watching Golden Girls.
Jake – I’ve been in the bath for about two hours and I’m starting to look like a
shrimp.
Alf – I’m currently sat on my girlfriends’ bed, she’s having a nap and I’ve just
finished a really boring task for work.

2. What’s the first album you remember listening to in full?

Grant – Push the Button by The Chemical Brothers. I was on a crazy Galvanize hype when that song came out. I remember staying late to wait for the music video to come on TV.
Jake – Has to be Antidotes by Foals. Classic.
Alf – Michael Jackson: Thriller. Probably still one of my favourite albums of all time. On the extended special edition, they have the original demo of Billie Jean where Michael is literally singing all of the parts except for the drums. Wild.

3. What would your final meal be if you were on Death Row?

Jake – Urmm probably like a falafel and hummus kebab with all the salad and fat crispy chips and a Fanta.
Alf – Coconut lentil curry with a massive garlic naan and a freezing cold bottle of lager.

Grant – To play… anywhere intimate. I love the close quarters and the vibe from an intimate gig. To see a band in… if the gig is right somewhere like Ally Pally or anywhere grand.
Jake – Has to be Brixton Academy. I used to flyer outside and get free tickets so I’ve seen so many sick bands there.
Alf – Yeah Brixton Academy is a favourite, it’s such a great venue. In terms of venues we have played, I’d have to second Grant and say that I really like the close quarters vibe. There are so many great venues in the UK that we’ve played so it’s hard to pin one down – but off the top of my head; Sebright Arms in London, Moles in Bath, Constellations in Liverpool, The Rocking Chair in Sheffield, The Hope and Ruin in Brighton… There are loads more I’ve missed! 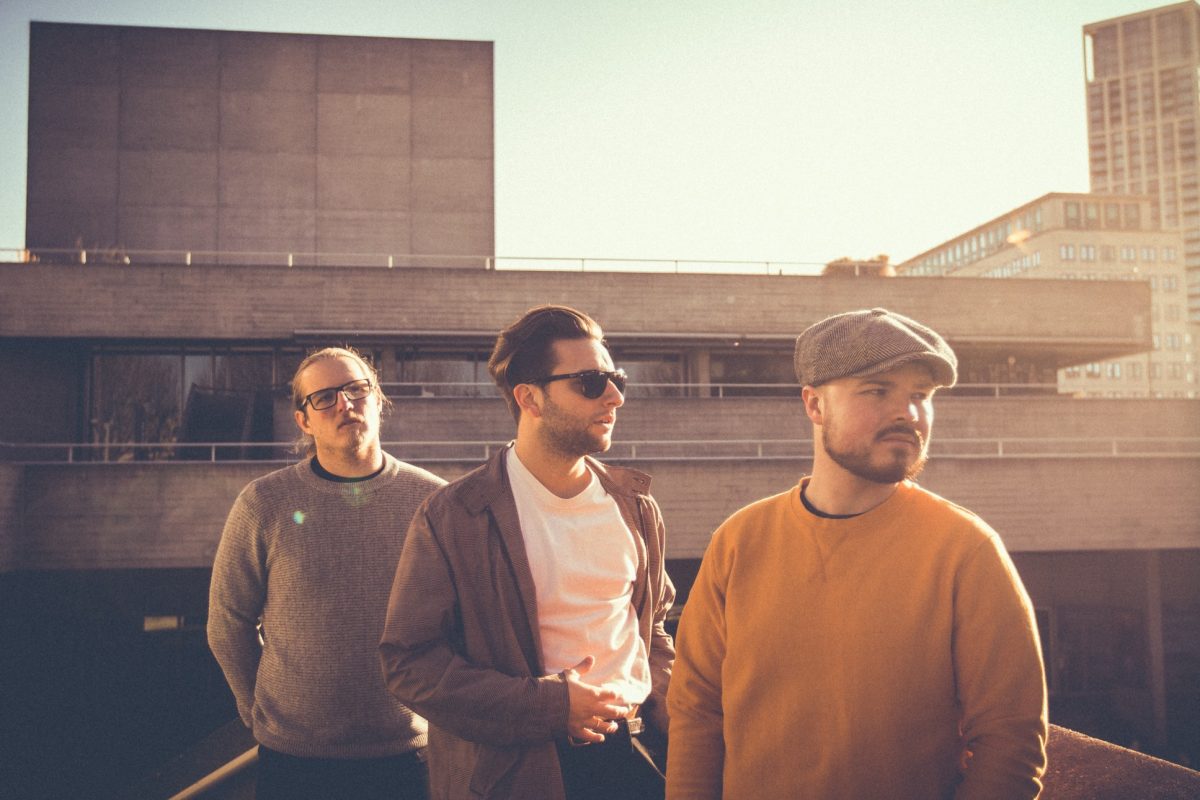 Grant – I was out one time at the Old Blue Last. Peter Crouch and Abbey Clancy were there with a mate, and I happened to look very similar to their mate. Abbey Clancy came to give me a hug before realising I wasn’t the guy she thought I was. Also passing Peter Crouch on the stairs I got a swift smack on the arse. Again thinking I was their mate. Wouldn’t say bad.. just a tad odd.
Jake – When we supported White Lies I was beyond excited and just wanted one photo for my inner screaming teenage Jake, but their manager was having none of it. It nearly turned into a brawl. That was fun. I got the picture.
Alf – Yeah I always think about the White Lies moment. It was just a really disappointing moment where a band you look up to turn out to be pretty nasty. Never meet your heroes, kids.

Jake – I’m pretty open about everything in my life. Everyone knows everything about me.
Alf – I have a phobia of any small bug/insect with wings. Not into them at all. Wasps, flies, bees.. yuck.

7. What city should we visit given the chance?

8. Name an artist you believe has never made a bad song.

Grant – The Smiths. I don’t like EVERY Smiths song, however you can’t nail down a song and say it’s a bad song.
Jake – Arctic Monkeys.
Alf – Radiohead. It’s just factual, they have never made a bad song – every album got better over time and all of the b-sides and rarities also bang. They’re amazing.

9. Besides yourselves, who is the next big thing?

Grant – Flattered. I’d love to see Wild Front everywhere, and they should be everywhere.
Jake – Urmmm Wild Front is a bit of me too. That’s why we had to get them to support us in London for our most recent sold-out headline show back in January.
Alf – Wild Cat Strike from Brighton. They’re a lovely bunch of lads who make the most amazing sound. Also LLSON, another Brighton based singer-songwriter. He’s got very little online presence at the moment but remember that name, you heard it here first!

Grant – Too many. Sugababes for one.
Jake – Charlie XCX, George Michael, Craig David and many more.

Grant – Oddly enough Pink. My mate had a box at The O2 and invited a load of us from school. Doing nothing I thought why not.
Alf – My Chemical Romance at Brixton Academy, I think? It was around the Three Cheers for Sweet Revenge era Panic! At the Disco supported. It was wild.
Jake – Pigeon Detectives at Ally Pally. I was thirteen and I came home absolutely
covered in piss. Grim.

Grant – “I have nothing to declare except my genius.”
Jake – I saw Carol Baskin kill her husband.
Alf – It was me, in the reading room, with the lead piping.