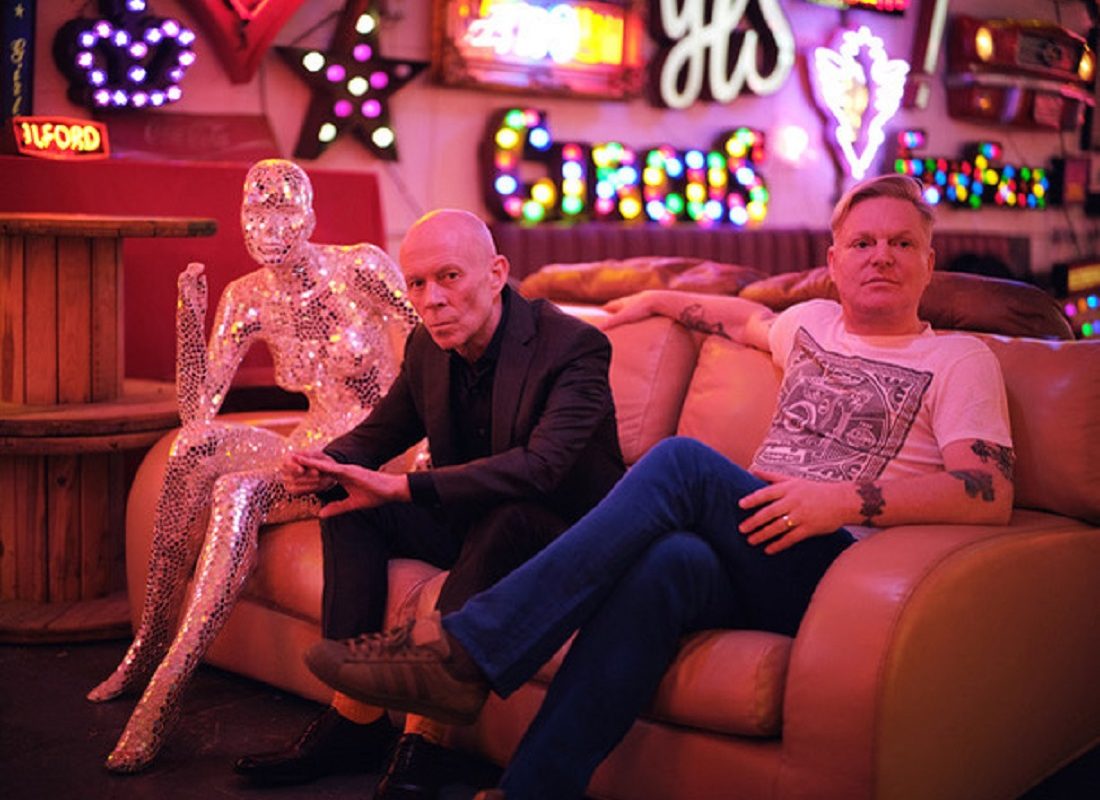 Synth-pop legends Erasure are back with a new single and album, Getintothis’ Steven Doherty is beside himself with excitement at the prospect.

And not before time.

They are to release their 18th studio album The Neon later in the year, and prior to the ten-track long-player, they have released the first single from it, entitled Hey Now (I Think I Got A Feeling).

The twosome have enjoyed a 35 year ultra-successful career, already racking up 34 UK Top 40 singles and 9 UK Top 10 albums, a total which The Neon, which is both written and produced by the band themselves, is certain to add to, when it’s released on August 21.

The inspiration for the album, which is the follow-up to 2017’s critically acclaimed return-to-form World Be Gone, came from the duo returning from their previous solo projects, bringing with them a new-found optimism and energy.

According to Vince Clarke, “Our music is a always a reflection of how we’re feeling. He (singer Andy Bell) was in a good place spiritually, and so was I, really good places in our minds. You can hear that in the record.”

Bell added, “It was about refreshing my love, hopefully our love, of great pop. I wanted to recharge that feeling that pop can come from anyone, I want kids now to hear these songs!”

The lead single, which also opens the album, is a slice of the usual perfect pop, and is available to download or stream from all the usual places now.