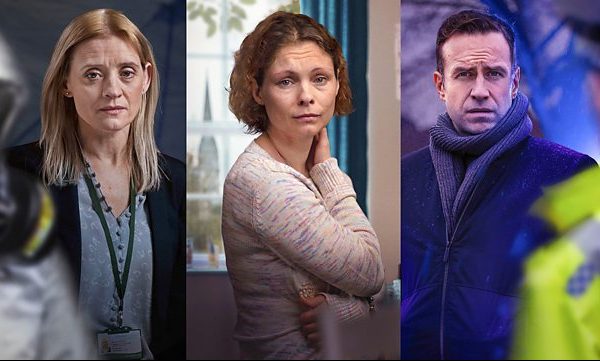 The three-part drama based on the 2018 Salisbury poisonings gives us a now familiar tale of who our heroes are, Getintothis’ Lewis Ridley reflects.

It’s fair to say that when the sleepy Wiltshire town of Salisbury became headline news two years ago, what unfolded was the biggest health emergency many of us had seen for years. Until 2020 turned up, that is.

Regardless of our current situation, though, the poisoning of Sergei and Yulia Skripal from the nerve agent Novichok captured and terrified the nation as a bizarre incident played out on our screens – almost as if it were a TV drama.

Now, the BBC have taken to depicting the events in a three-part series streaming now on iPlayer, written by Adam Patterson and Declan Lawn, and directed by Saul Dibb.

Watching today, scenes in The Salisbury Poisonings are all too familiar. In Tracy Daszkiewicz (Anne-Marie Duff), we have the Director of Public Health and Safety of the county of Wiltshire thrown into the deep end in what quickly became a global incident.

Duff‘s character, if such a term can be used to describe a real-life hero, is fighting forces in and out of work as a disgruntled husband and distant child become confused as to why they are without her for so long during the start of the year – unbeknown to them she would be responsible for saving potentially dozens of lives.

She comes up against, and you’ll know this one, a local MP that refuses to follow scientific advice, endangering the public to save face.

Really wish Tracy Daszkiewicz had been in charge of the whole UK response to coronavirus. She's bossing it in Salisbury. How have we never heard much about her before? #TheSalisburyPoisonings

This plays out in double-quick time, scenes marching down corridors and tensions in packed meeting rooms are aplenty as the cathedral city struggles to grapple with the crisis.

Throughout, the primary plot runs alongside a very different type of crisis. MyAnna Buring is Dawn Sturgess, a mother struggling with addiction and living in sheltered accommodation – who eventually becomes the only death from the poisoning.

Whilst high authority and scientific discovery attack the crisis, Dawn drifts in and out of control of herself, pushing her family to the limit of responsibility. It is in this narrative that Buring plays a starring role.

There’s more domestic difficulty in the family home of DS Nick Bailey (Rafe Spall), the first person aside from the Skripals that was poisoned.

The relationship between Bailey and wife Sarah (Annabel Scholey) is tested throughout, and the former took to Twitter following the drama being aired to add further insight.

This alone is where The Salisbury Poisonings stands independent – the series captured so well the reality of the crisis, that the lines between drama and the true story overlapped and became one.

I’ve seen quite a bit of negativity towards my wife regarding episode 2 and the way she handled it. Those scenes with Sarah could never truly reflect the extreme emotion and trauma she went through that day. Cut her some slack and be kind. #TheSalisburyPoisonings @SarahBailey3

#TheSalisburyPoisonings DS Bailey is a fab police officer. He dealt with my rape case in 2015/16 and was a shock to see this awful incident happen to him and his family.
Such a lovely, dedicated officer @wiltshirepolice who treated sex assault victims with sensitivity.

The British public did pick one issue though, and an important one at that, when Sarah was seen doing what is commonly known as: putting the milk in first.

The conclusion of the final episode is executed perfectly, in memory of the late Dawn Sturgess, and bringing home that what is now one of the standout BBC dramas of the year is a very real story for the people of Salisbury.

This is The Salisbury Poisonings‘ true triumph – taking on a story real and roar, putting the wheels of dramatisation in motion, but repaying the trust of those involved by providing us with the everyday heroes we now value so much more.