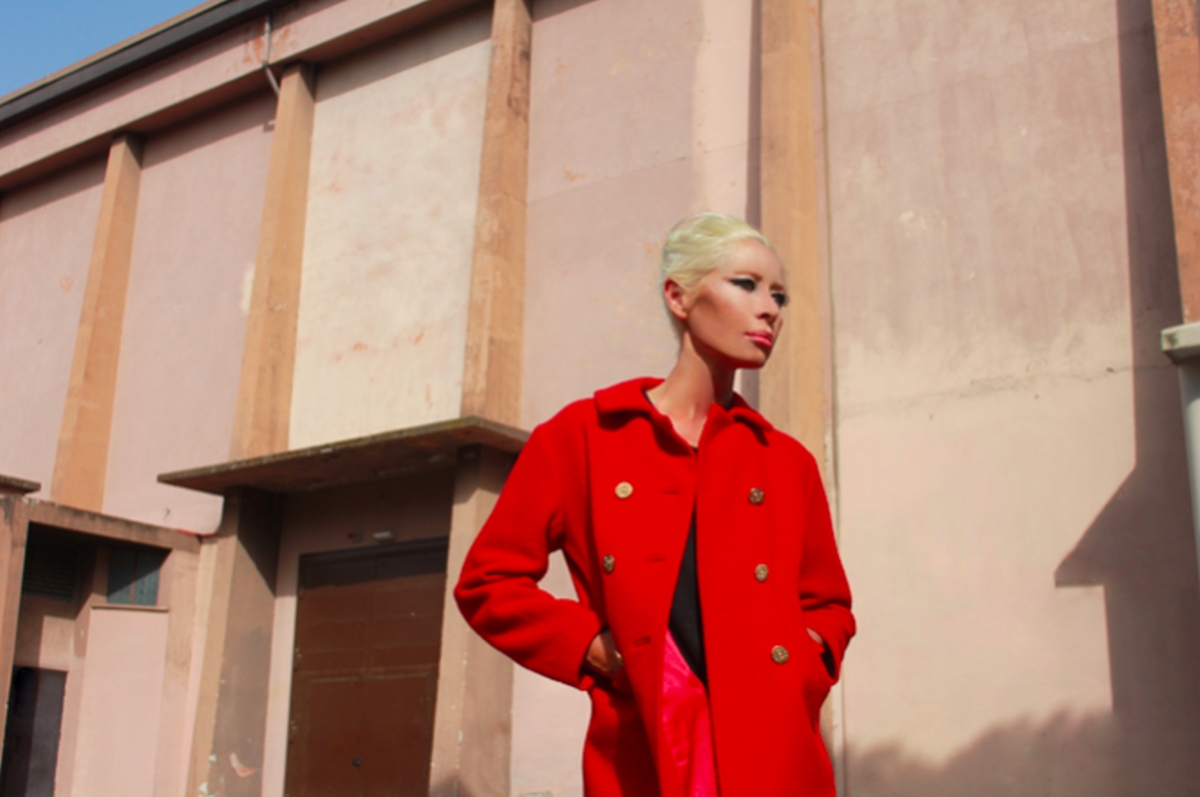 Wendy James has a new album that’s a long way away from her days with Transvision Vamp, Getintothis’ Peter Goodbody had a locked down chat with her.

Wendy James has been busy.

She has a new album – Queen High Straight – to plug, but that’s fair, because it’s a pretty good piece of work.

You may know her best as the face of Transvision Vamp, but her solo work is a much more sophisticated beast. We got the chance to have a talk with her from her place in France.

It was a bit of a fuck up on our part as we were late to the call, but Wendy was happy to talk anyway. It was a delight to have a chat with her. She clearly knows how to do PR, but she left us with a smile as she talked drinking with Joe Strummer and the ethos behind the new album.

Here’s what she had to say:

Getintothis: Where are you and what are you doing?

Wendy James: I’m in the south of France and I’m doing press to promote Queen High Straight, I’m about equidistant between Toulouse and Barcelona.

Getintothis: Are you locked down?

WJ: It’s rural, so it’s slightly easier than being in a city. But the French are taking the restrictions very seriously.

Getintothis: We’re missing going out to gigs and seeing friends.

WJ: True. But it’s better than being dead.

Getintothis: There is that. Before we get onto Queen High Straight, tell us a bit about Transvision Vamp. Where did the band fit into the musical landscape at the time? You weren’t really a punk band, nor a classic pop band.

WJ: It’s strange isn’t it? We straddled both worlds. In terms of being a live band we were playing Hammersmith Odeon and Brixton Academy, the festival circuit with rock and roll bands around Europe and America, as well as doing all the proper rock venues in the UK. We were very much accepted into that world as a live act.

But, our appearance and our promotion tended towards a more pop spectrum. We did write, well, pop songs. But also because of the way I looked, people gravitated towards that. Rather than it being a band picture, it was usually a Wendy picture. Which was a bit frustrating for the band.  For a few years, we carved out our own little niche.

Getintothis: We’ve seen interviews where you talk about influences for [Transvision Vamp] coming from bands such as The Clash and Blondie. Is that fair?

WJ: Totally. The Clash, more so for me, Nick Sayer  was a Marc Bolan nut, so he always wanted to write big pop / rock thumping riffs. And then hang a good pop song on top of those, the way Marc Bolan did. Of course we loved Debbie Harry and Blondie and if you like those, then that means you like 50s pop songs – because that’s where they got their stuff from – the Shangri Las with a punk sound. I loved her attitude and I loved her look.

Getintothis: Blondie had a kind of blues influence at times as well…

WJ: Yeah, well I think we’re all informed by music that’s gone before us. The Rolling Stones went back to black music from Chess and Checker Records , obviously Chuck Berry and all that kind of music. If you go back far enough you’ll end up back at African American spiritual music – the real blues.

Getintothis: The new album, Queen High Straight seems to have a more gritty, harder feel to the Transvision Vamp stuff?

WJ: Oh, much so. Much more. And previous solo albums as well. If you listen to Racine 2, The Price of the Ticket – all of those are far more hardcore than Transvision Vamp. When they came out at the end of the 80s, early 90s, where things had a lot of synthesisers and stuff. Whereas I’m using mostly guitars again. Plus, if there’s going to be a keyboard, then it’s a Wurlitzer or a Hammond organ.

WJ: Yeah. And not just from journalists. Most importantly, from fans – they’re getting swept up in it. It’s really, really pleasing because it took me over three years to bring it to the public.

This is heaven! thank you Stephen! so glad you got it! So much went into the artwork as well as the music!! EVERYONE GET A COPY! https://t.co/9rt2lMJ1Ht xo https://t.co/lzxuVWCk6u

Getintothis: It comes in at about an hour and 20 minutes.

WJ: Yeah. On purpose. It’s 20 songs. It wasn’t going to be 21 or 19. In terms of vinyl, it was always going to be a double with 5 cuts on each side, which is perfect audio [quality]before you start degrading the grooves.

Getintothis: Does that go back to, say, London Calling?

WJ: Well my king of double albums is Exile on Main Street .

Getintothis: I was going to ask you about gigs, but presumably there’s not much going on at the moment, but you had a tour with Psychedelic Furs.

WJ: I did have a whole tour scheduled. I should have been doing it now.  We’ve re-scheduled it, all for September.

Getintothis: Do you think that will happen?

WJ: I’m just watching, like everybody else to see. Maybe, because they’re not massive venues. Maybe. But if it’s still not safe then I’ll delay again until 2021. If you were being truly safe, then you’d wait until there’s a vaccine.

In about June, I’ll make a decision. I’m playing the Deaf Institute in Manchester, but I don’t have a Liverpool gig.

Getintothis: I’m sure we can hook you up.

WJ: I so want to play Liverpool. I don’t think I’ve played there  … fuck … for a really long time. I know our first show was Liverpool Uni – I think so ‘cause all the roadies got arrested. And then our second show, which had a real impact was the Royal Court, because that theatre is so fucking steep. It was incredible. Please after we hang up can you find me a [Liverpool] gig? Because at the moment there are 19 dates.

Getintothis: Ah, you need 20? We can probably talk to some people.

Getintothis: Come on, you can’t get away with telling me all your roadies got arrested without telling me the story.

WJ: Oh, they were just smoking weed or something. We arrived at the venue and there was no crew there. The local crew were there doing all the heavy lifting and stuff, but our idiots had been taken off to the nick. We got them out and the gig went ahead. Everything was fine.

Getintothis: Going back to The Clash thing, you were quite friendly with Joe Strummer at one point?

Getintothis: How did that come about?

WJ: Because we were all from West London. There was a really great pub [in Ladbroke Groove]that everyone communed in – The Warwick Castle – that was Joe [Strummer] and Paul [Simenon’s] local pub.  It was everyone’s local pub and it was my local too. Inevitably, you meet those guys.

WJ: Yeah. And then Transvision Vamp started taking off. I remember the first time we played [recorded]Top of the Pops and then I was in the Warwick and Joe bought my first triple whisky. He was, like, give the woman a whisky, American style – three fingers of whisky.

Getintothis: There’s a contrast, or a tension there, because The Clash never did Top of the Pops.

WJ: I think Big Audio Dynamite did. But, yeah, The Clash never did it. Would have meant selling out. Although, they had just signed a multi million deal with CBS. I don’t think there is such a concept as selling out, really. And I don’t think Mick [Jones] thinks that now.

Although, actually, there are some adverts and some jobs that you just don’t take on principle. And you certainly don’t let politicians that you don’t agree with use your music.

Getintothis: You always seemed quite conscious of your image and the promotion of your brand.

WJ: I don’t think I thought of it as a brand then. And I honestly think a lot of it was far more innocent than you might read into it. I really was 16, 17, 18 years old and that’s just the way I looked and just the way I behaved And that would have been the case had I been in a different line of work. I can’t imagine.

But all of my friends looked like that too.  What about Madonna, or what about Bananarama? It wasn’t like I was alone in this.  Girls were looking pretty … hot?

Getintothis: I have a “guest question”. I was talking to a mate last night and he’s asked me to ask you this question. In Andy Warhol is Dead, you reference “William B”. Who is William B?

WJ: Ah, Billy Name. He took some amazing photos of Edie Sedgwick and I have a rare book of Billy Name. There’s a really good documentary from a while ago with William Burroughs and the painter Francis Bacon interviewing each other – that’s an interesting watch.

Getintothis: Can you recommend a band or an artist, or some music you think we should be listening to right now?

WJ: Yeah. I was interviewed by Q Magazine earlier. They asked me for two obscure listings. I would suggest Fred Sonic Smith’s band after the MC5 split up, called Sonic’s Rendezvous Band – they’re great and there’s also a new wave French punk band called The Stinky Toys. They’re great too.

And UK bands – obviously you’ve heard of Fat White Family. And a NY band – The Parquet Courts. Those have been getting played quite a lot on my turntable.

Getintothis: Anything else you want to declare?

WJ: Queen High Straight. Yes, of course. Please let everyone know the place to buy my album is my webstore. And, also, there are the ticket links to the shows.