Peter Guy is hanging around a stone circle at Glastonbury at present. Just like he did in 2005. And, given the weather of 2007, it seems that wherever Pete goes, the mud goes too! 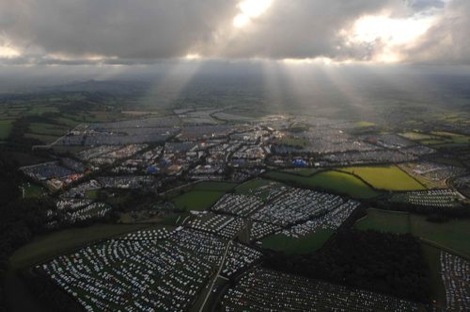 Saturday June 25
There are few sights worse than skanky feetÃ¢ÂÂand it’s fair to say that upon waking up weÃ¢ÂÂre not impressed when surveying one’s own shrivelled mud-encrusted efforts. Squeezing into my boots, which now resemble formless blocks of clay, is agony. With every push I can feel blisters poppingÃ¢ÂÂthe feeling is akin to scraping your skin along barbed wire.