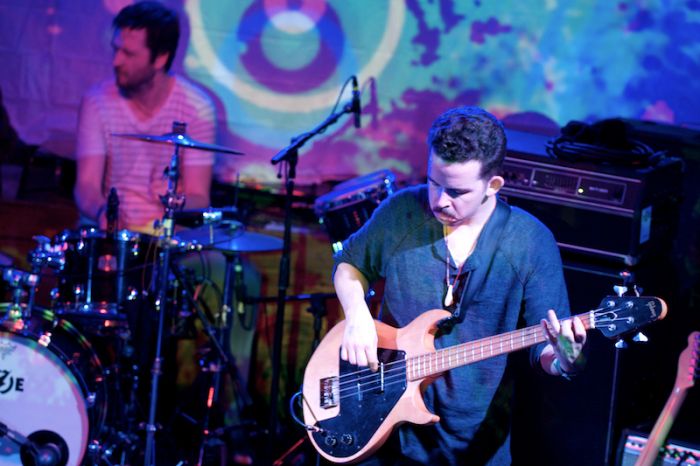 With the festive hangover still to be shaken off Getintothis muses over the choice cuts we missed out on in 2007. 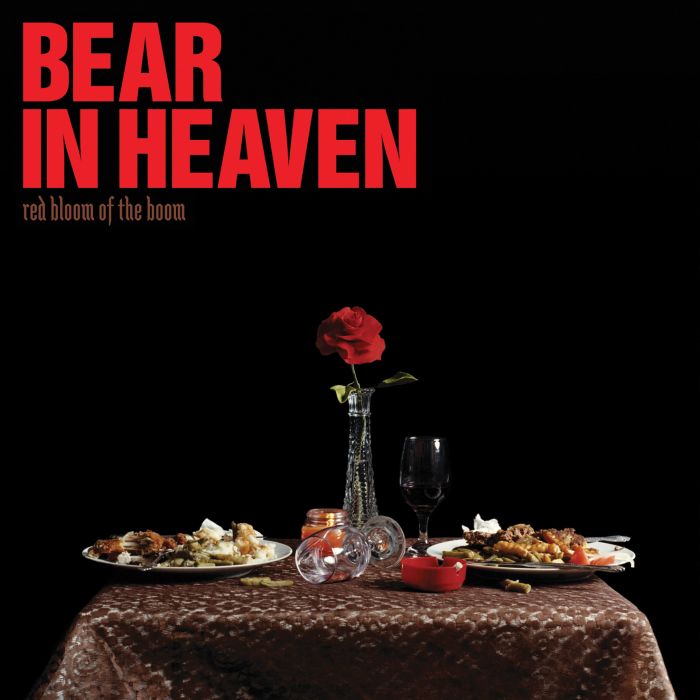 Bear In Heaven: Red Bloom Of The Boom – Album of the Week

Bear In Heaven are anything – and everything – but easy.
Listening to Red Bloom of the Boom is an unsettling if intoxicating experience full of contrasting moods and atmospherics. Pop quickly trades with near-impregnable avant-gardisms. Beautiful lightness of touch clash with dark, abyss-like drones while angelic vocals are replaced by horrific screams of anguish.
It’s everything but easy.
But, from play one there’s so much to admire and impress you’re guaranteed to be sucked in and eager for repeated listens.
Check the backward looping, Floyd-isms of Arms Length, which transform into colossal droning synthetic horns and clattering pipes. Unapologetically epic, each track is something of a soundtrack but to what is almost indefinable.
Slow Gold employs motorik pulses amid humming delay and tremolo guitar in a four-part suite which builds and collapses, when on four minutes a searing guitar solo is interrupted by panic-stricken vocals pleading ‘so low, let’s go, so low, I know.’ There’s an urgency which is terrifying and compelling, and the pay-off coda is perhaps the album highlight as owl-like hoots play off dubby guitars and tribal minimalistic rhythms akin to that of Portishead. Not since fellow Brooklyners Yeasayer, have a band attempted to cram in so much exoticism and idea warfare.
This twisted dementia is repeated in Fraternal Noon, a sinister concoction of white-hot, stabbing keyboards as multi-tracked vocals from an asylum pierce through the mix.
Bag of Bags combines the chaotic bluster of Animal Collective, but enriches their blueprint with an Arabian-tinged groove which is sharply broken up by rapturously manic choral voices and rolling psychedelics.
Better still is Werewolf capturing their raw, yet complex energy. Recorded in a zero gravity chamber, a near-gothic ambience gathers momentum under washes of humming echo and electronics as a maelstrom of clean and buzz-saw guitars add to the malevolent din. Guest vocalist Eva Puyelo lends a touch of warmth and calm before band leader Jon Philpot‘s inhumane wail plunges you back into a state of terror – ‘YEEEAGH! You live like you want it – you live like you need it…‘ It’s quite probably the most terrifying track ever committed to tape.
In some kind of ironic twist, Red Bloom of the Boom signs off with its first moment of complete tranquility. For Beauty is six minutes of cello-led stillness, with fluttering bleeps, acoustic-picked guitar and an outro of hushed windy nothingness before warped vocals strain to deliver an impossible, indecipherable message.
Bear In Heaven are everything but easy – just the way we like it.
For fans of: David Lynch, Can, dystopian nightmares.
9/10 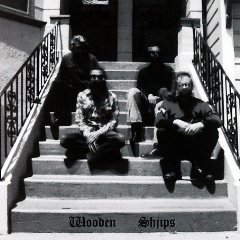 Wooden Shjips: Wooden Shjips
Holy Mountain
It’s all in the groove and Wooden Shjips know it.
Little to tell here, but for a beguiling trip through hip as the Shjip sail through a fuzz-drenched, organ-lolloping sea of syrupy psyche.
Kinda like Brightblack Morning Light minus the teepees with Comets on Fire charting the waves.
Ten minute closer Shine Like Suns reimagines Spaceman 3 playing pass the drugs with The Doors louching out in Morrison Hotel as the sun breaks in half.
Fuck lizards, nowt as fine as gettin in the groove.
For fans of: Women Who Love Men Who Take Drugs to Make Music To Take Drugs To.
8/10 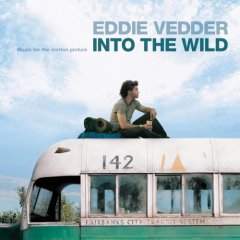 Columbia Records
Having very probably been cocooned inside some office block, Sean Penn‘s acclaimed road movie, Into The Wild, passed me by. The same fate befell the soundtrack much because Pearl Jam last released a half decent record in the Elizabethan era.
However, Ten, Vs and even Vitalogy hold great sentimental attachment and so it was with inevitable intrigue that I gave PJ’s enigmatic frontman Eddie Vedder‘s first solo outing a whirl. Good job too, as it’s a mini belter.
Given the films subject matter, this record was made for Vedder; the all-American alt-rock action hero with the roar of a grizzly bear, a heart as big as the Grand Canyon and a wandering, restless spirit in awe of nature while battling with man’s complexities and the human condition.
In keeping with the road movie feel, Vedder settles for rustic acoustics save for two grandiose numbers employing vast oceans of expansive guitars which paint sweeping scenic landscapes.
Of course it’s his rasping, course vocal which is the key instrument making even the simplest ditty warm and rounded. With seven of the 11 tracks clocking under three minutes there’s also an air of spontaneity which while rough round the edges add to the pace and accessibility.
Hard Sun and Society form the nucleus of ITW – the former a towering, wind-swept anthem with ragged guitars and Corin Tucker backing vocals, the latter an introspective ballad ala Betterman with a beautiful solo courtesy of songwriter Jerry Hannan.
While never reaching the highs of his day job’s early material Vedder has composed something which all Pearl Jam fans should give serious consideration.
For fans of: Wide open spaces. 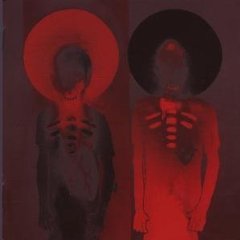 UNKLE: War Stories
UNKLE/Surrender All
Last time we caught up with Mo’ Wax chief and UNKLE bosher James Lavelle he seemed knee deep in blackholes and his vision was somewhat skewed by stardust. 2003’s Never, Never, Land was anything but consistent; a featherweight assortment of guests was weighed down with an over-reliance of style over substance distinctly lacking in memorable tunes and a far cry from the much debated brilliance of its DJ Shadow-assisted predecessor Psyence Fiction.
And while War Stories continues in a similar vein – the plethora of guests remain (albeit of a slightly higher stock) and it’s at least 10 minutes too long – it is a distinct return to form with a cohesive solidity, and more importantly a wealth of blockbusting tunes rooted in rock rather than hip-hop or dance.
Indeed, much of War Stories is akin to the glam-stodge of Black Rebel Motorcycle Club with thick riffs trading with meaty clunking beats, indeed Hold My Hand and Morning Rage could both have been lifted from BRMC’s debut.
Elsewhere it’s the guests that steal the show. The Cult and occasional Jim Morrison impersonator Ian Astbury provides two star turns – When Things Explode a kind of Leonard Cohen meets Bond theme complete with orchestration and bombastic climax bettered by Burn My Shadow a haunting dissonant rocker.
Elsewhere The Duke Spirit fill with a Duke Spirit number, Autolux provide restrained thunder, 3D pops up with a Massive Attack cast off and ex-Alfie vocalist Lee Gorton dips in with the record’s gentlest moment on the whimsical Buying A Lie. Best of all is Josh Homme‘s slurred take on Mark E Smith on the messy funk of Restless.
Sure, there’s very little new here and those hoping for some kind of visionary, genre-straddling take on futurerock supplied on Psyence Fiction can prepare to be disappointed. But where Lavelle usually over-reaches in ambition resulting in fudged lines, War Stories is for the most part a triumph in head-down rock and roll.
For fans of:
7/10 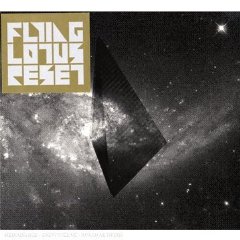 Flying Lotus: Reset EP
Warp
The good folks at Warp rarely miss a trick – and in Californian Steven Ellison’s Flying Lotus they’ve an intriguing new prospect on their hands.
Buried under beats, squidgy samples and comedown atmospherics they’ve something worth keeping an eye on.
Referencing MoWax, Burial and even the cold starkness of The Knife there’s ideas aplenty chucked into this 17 minute taster session. Bring on the main course.
Spicy Sammich manages to fuse DJ Shadow jazz-hop before bursting beats kick in midway through recalling peak Roots Manuva.
For fans of: Endtroducing and Silent Shout sandwiches.
7/10