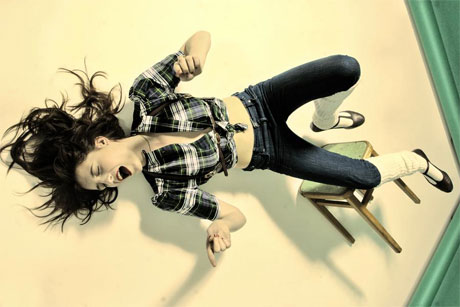 There’s literally oodles of goodies at Glasto this year – and much of it is tucked away from the main stages, so here’s our quick run down of the must-see musical magic.

1. Yeasayer: Sunday June 29
John Peel Stage
I know we’ve been banging on about them since they dropped All Hour Cymbals at the backend of last year, but they’ve hardly toured since and so few will have been treated to their psychedelic mutant Afro-prog. Think Fleetwood Mac powered by Fela Kuti with David Byrne dancing and Beach Boys harmonies. They’re simply unmissable.

2. The Cave Singers : Sunday June 29
The Park Stage
In 2003 two days of over indulgence caught me unawares and I pretty much collapsed near the Other Stage only to wake two hours later by a friend waving some kind of maroon vodka jelly concoction which was gobbled down transporting me into a state of hazy psychosis. With the sun twinkling and fields filled with joy it all seemed pretty damn close to perfection. This lot are that feeling in music form.

4. Metronomy: Thursday June 26
Igloo
I’ve watched these guys support about ten bands in the last 18 months and everytime they’ve blown away the main band. With their uber-cool stances and Star Trek portals of light beaming out of their costumes they’re visually incredible. Add to that a sonic explosion of Gang of Four doing Shy Child and you’ve all the ingredients to dance yourself into oblivion. Easy though, you’ve four more days of idiocy to go when these guys decorate the Igloo with their intergalactic tuneage.

5. Squarepusher: Saturday June 28
New Glade Stage
It’s hard to actually know if I’ve seen Squarepusher. I swear I ‘saw’ him in the Glade one year punishing everyone’s head with drillcore computer meltdown interspersed with double bass solos kinda coming off like a drunken Miles Davis jazzfruit on fizzy nosedrops. However, it all may have been one bad dream.
Either way, this dude is heavy and heavy equals good.

6. Florence & The Machine: Unconfirmed day
Shangri La
Everyone knows one good SXSW performance does not equate to a legendary new band in the making. However, catching this lass qualifies for the must-see list just so’s you can say to your mates ‘I saw her then’ when they’re watching a dot with stripey stockings on the Pyramid next year.

7. Elbow: Sunday June 29
Queen’s Heads (Q Mag Tent)
It’s fair to say you probably won’t get to see Elbow in the Queen’s Head. In fact it’s fair to say this is a really stupid ‘must-see’ suggestion, for the fact the Queen’s Head can only really cater for about 37 people. That said if you’re one of those 37, count yourself very, very lucky indeed. On a related point I saw the Beta Band in said pub a few years ago – no-one knew they were playing, and as a result there were about 20 of us merrily bobbing around to Inner Meet Me – ahh, happy times.

9. Black Lips: Saturday June 28
John Peel Stage
Other than pissing into each other mouths, setting instruments alight, wrecking the gaff, having lovely moustaches and generally dicking around with inbred garage rock this lot are an unassuming lot.

10. Jay-Z: Saturday June 28
Pyramid Stage
Honestly, after all the silly hullabaloo, how could you miss this?

There is of course mountains of other options, like Glasvegas, MGMT, Vampire Weekend, Black Mountain, Band of Horses, Lightspeed Champion, The Kills, The Blessing and so much more, if only we could fit it all in…