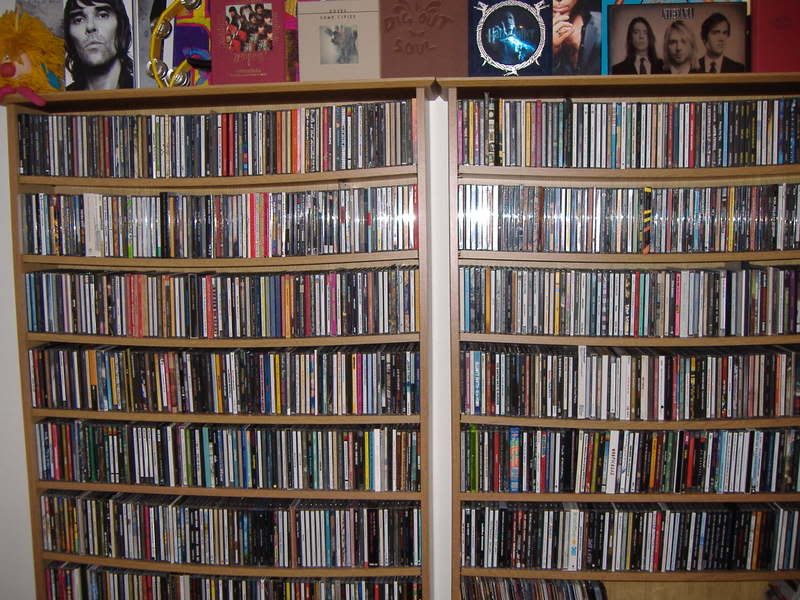 How do you file yours?

It’s the big question all music fans must ponder, how to file their collection? Getintothis’ Peter Guy faces up to the annual task of re-ordering those shelves.

Sunday I did my back in. And used muscles in my legs that hadn’t been used in months.

Nope, I’ve still not joined the gym. As if.

I was embroiled in the constructive – yet infinitely more pitiful challenge of sorting out my record collection.

This quarterly exercise is perhaps the most exhaustive and wretched task known to any music fan.

Yet despite the time involved – and not to mention the exhaustive physical and mental complexities – it’s a job that must be completed. Well, I think so, at least to clear some floor space.

I’ve alluded to my database before.

It really is living proof that Nick Hornby‘s High Fidelity (see above) is a work of fact not fiction.

I really can’t imagine any girl in the world compiling a pathetic compendium of the thousand upon thousand of sounds they own into list format, dishing out ratings and the odd incidental, and purely superflous, note on formats and whether said record includes outtakes etc.

Perhaps if a therapist were to visit my gaff and see me in alphabetising action (technical phrase) I’d be diagnosed with a severe case of OCD.

Either way, with towers of plastic high-rising towards window-ledge height Sunday was a night of painstaking rearranging.

Like the scene in Trainspotting were Mark Renton hopelessly aims to withdraw from skag by assembling his necessary props and aids, so do I in the CD filing process (it is indeed, a most serious of businesses and one not to be entered into lightly):

* Take one computer – complete with months out of date spread sheet.

* Take one chair and cushion – necessary for supporting one’s arse while keying in wanky details that no-one but myself will read, let alone take an interest.

* Take one tall glass of lemon cordial – to refresh when the job becomes stressful and demanding.

* Take one moist cloth – these records have collected several months of stale air and need to be given the kiss of life from said wet rag.

* Take one portable stereo – to reminds oneself on the merits of some records while also providing background relief from the job at hand.

* Take several new records – to inject a semblance of sparkle into this most mundane of endeavours.
And begin…

Having keyed in the database (this took over an hour) and then collated around a hundred CDs ready to be filed on to my sagging shelves – the job of alphabetising comes next – something much harder than you’d think; for instance where does DJ Shadow fall into the great scheme of things? ‘D’ or ‘S’…

Or how about the buggers that are always changing their names A Silver Mt Zion Memorial Orchestra or Thee Silver Mt Zion and the Tra La La Band. I mean, if you’re going to do it, you may as well do it right.

I should note at this juncture, that ‘A-Z’ is surely the only way forward to filing, however, I’ve a handful of mates that arrange their music under genres – but this is far too subjective for my liking and more to the point makes for finding a record an arduous affair.

And then there’s my mate Colin, who fabulously, if rather homosexually, likes to order his by colour code – as in what colour the spine of the records are – presumably so he could make his shelving look pretty. This is of course a FAIL of epic proportions and should not be copied under any circumstances.

Anyways, next up is the Crystal Maze meets Krypton Factor bit as I lift up and down stacks of CDs at a time like some robotic aerobics bod – skillfully not dropping any, so as not to have to reorder them, before nearly three hours later collapsing in a heap of mild satisfaction and muscular discomfort when the process if complete.

I’d be lying if I said the process didn’t give me a certain sense of well-being when complete; surely that’s part of the enjoyment to ‘collecting’.

It also makes me wonder how the music-obsessive children of tomorrow can comprehend doing without record collections (minus artwork and all their glories) instead simply having soundclips on their hard-drives. I suppose they can order them more easily on their computers – and that’ll probably result in less back ache too.