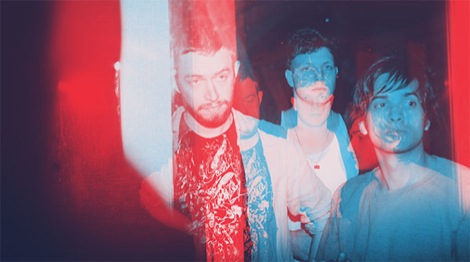 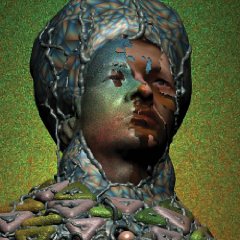 Yeasayer: Odd Blood – Album of the Week
Mute
I’m sick of bleating on about Yeasayer. So here’s some things which may stop Odd Blood being album of the year.
1. From Ambling Alp through to O.N.E. is faultless genius. And look that word ‘genius’ up on these pages and I bet you don’t find it (apart from on Prince gubbins). Which as sequencing goes is a) crafty and misleading for the ‘no patience’ generation or b) daft and misleading for the record buying generation. Either way, side A beats side B hands down.
2. Mondegreen. It’s just not that good. Not only are the lyrics plain daft – ‘everyone’s talkin ’bout me and my baby, makin love til the mornin’ light,’ – it’s sheer whirlwind of pace and jumble of ideas sticks out a mile within such a tight seductive record.
3. The production. It’s not wrong, but it’s just not quite right. Over ten tracks it’s just, just, just bareable, but it can – see Love Me Girl for evidence – be so jammed with dense, compact funk doodles upon electro lilypad thwacks that your head can sometimes be keen for solace. Specially on that second side.
4. Sure, The Children is a clunking hulk of an opener, and the very idea that it’s a ‘chain gang mantra for the spacefreaks,’ or whatever Ira referred to it as in the MANY interviews but it’s essentially a whopper of a curve ball that, while pretty nifty, fits like a triangle in the circle hole. If you’re re-listening to this track in 18 months it’s because you’re waiting to get to Ambling Alp like a pervert.
5. Judging by the mass of coverage it’s evident that the band, and Chris in particular, want success muchly, but the mind can’t help but wonder had they relented on the bigtime approach how incredible O.N.E would have been had they extended that mid-section, similarly to how they do it live, and made it like SEVENTEEN minutes long. Maybe that’s just me…
6. This is getting really picky, but.. too much Anand vocals. Mr Wilder’s tones add a foxy, softer lilt to Odd Blood – something which would certainly have added rather than detracted to All Hour Cymbals – but there’s no doubting Chris Keating is Yeasayer’s frontman – and next record he should be the Liam to Anand’s Noel. Rubbish analogy, yo.
Ultimately, Odd Blood is a truly great pop record. A record which improves steadily upon the promise of their debut making their recent live exploits a wonder to behold. What it doesn’t do is realise their full transformation into the all-conquoring beast that’s lying in wait.
And for that very reason, it’s worth licking your lips at the fresh meat that’ll be served up next time.
8.5/10 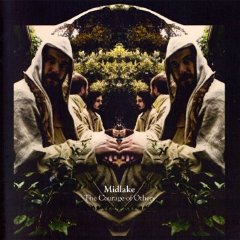 Midlake: The Courage Of Others
Bella Union
Ever wondered what Pentangle would have sounded like on Nitrazepam? Here’s your answer.
One-paced, serious musik for people who clip their facial hair with pinking shears, it’s all tremendously refined but after an hour of Tim Smith doing his best Thom Yorke dying vocal and 67 flute tracks it all becomes a bit much. I’d call it the Be Here Now of alt-folk but there’s not even a white Roller drowning in a moat on the cover.
6/10 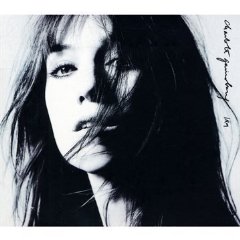 Charlotte Gainsbourg: Irm
Because Music
Let’s get one thing straight. This is a Beck record. Or collaboration at the very least. Sure, Ms G’s name’s on the cover and she hella sings all over it, even co-penning one of the 13 tracks, but don’t be conned into thinking this is some rad departure for Serge’s babygirl – and yes we know this is her ‘third’ record.
Here’s the thing right, it’s hardly like Charlotte’s bringing much to the table, sure her vocal is at times Mosshart catarrh-breath, others Nico-hush and sloshed with enigmatic Gallic obscura but there’s little here to differentiate from the numerous so-so magpies nest of records delivered by Mr Hansen in the last decade.
If you’ve heard Odelay! you’ll be indifferent, if you want startlng, lasting, artistic endeavour by Gainsbourg go rent Antichrist.
6/10 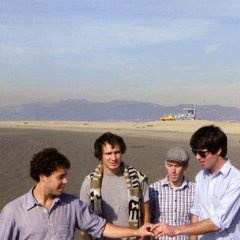 Soft Pack: The Soft Pack
Heavenly
Why can’t life be like a Soft Pack record? Simple needs, simple pleasures set to John Cale/Peter Buck riffs.
If you play this record while walking you will get to your destination faster. This means on an average day you’ll get to do twice as much and double the chance of being a winner. Simple as.
7/10 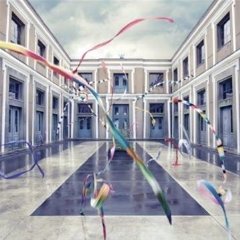 Efterklang: Magic Chairs
4AD
Here’s a letter I received recently:
Dear Peter,
We’re sorry to have let you down over the last few years producing inane Supermarket musik which has clogged the airwaves like turd-sodden nappies.
We realise initially there was potential to expand ideas and use our developing talents to creative effect but after diary windows with Bono and working lunches with Jo Whiley we quickly realised our branding potential and chance to earn good bank.
Anyway, last year, in an attempt to amend our folly we united with Mr Eno in the hope that we could reverse the hate. This failed.
In a final attempt to salvage some dignity we’ve gone undercover as a Danish band and recorded the disc you’re now holding. Please accept our apologies and we hope you like the musik therein.
Yours faithfully,
The Chris Martin Band.
7/10 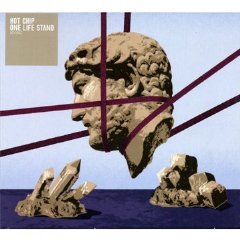 Hot Chip: One Life Stand
EMI
You’d be kinda bummed out if Hot Chip were you wingmen for a night out. Turning up in thrift-store granny sweaters, looking perpetually glum and only getting vaguely excited when discussing the latest issue of What Synth Magazine.
As per this sounds like an ice-cream van full of ‘special’ kids doing Jimmy Somerville with flakes up their bums.
Still good, like.
7/10