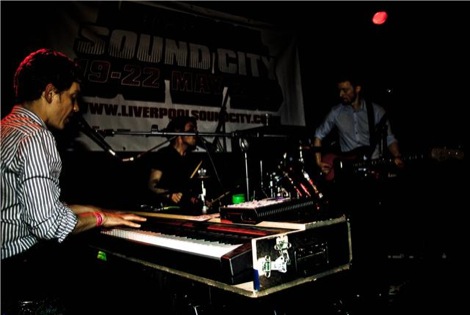 Field Music – a band worth taking your time for, discovers Liza Williams, while Barcelona’s Mujeres continue to bag new-found fans.

It was the most thorough sound check I have ever witnessed. The Brewis brothers both fiddled and tweaked every control and string with finite precision, until they were happy with the set up at the Masque.
But Field Music are not about making a noise, they are about creating perfect and finely honed prog-pop gems, so there is no room for error.
The crowd lapped up the impeccable skill on show, with tracks like Them That Do Nothing and Measure receiving cheers to the max.
‘Every time we come to Liverpool someone asks for a song we can’t play‘, David Brewis says after a request. Can’t play?
I think most people would find it hard to believe. 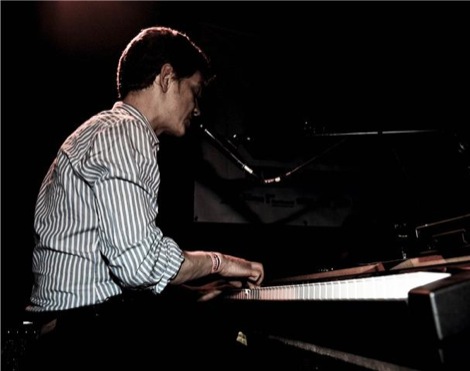 The prize for the sweetest band so far at Sound City must go to Mujeres. The four piece from Barcelona play garage rock akin to the Black Lips, with bags of enthusiasm breakneck-speeding through a set at Mojo.
‘Aren’t the Beatles from here?,’ the vocalist enquired, ‘It’s just I haven’t seen any posters‘.
Ordinarily I would assume that was a sarcastic jibe, but he was so genuine I think he meant it. Maybe someone should take them to Matthew Street.
Their masterstroke was morphing the set’s only Spanish language song into a cover of Run, Run, Run by the Velvet Underground.
It was bloody brilliant, but left a few blank faces in the crowd.