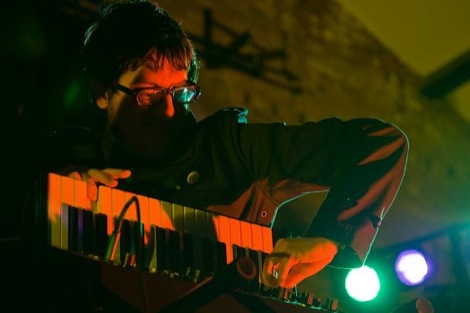 Hate on gypsy family hotlines, dogs defecating in reverse and the Sound Of Music’s Maria singing during The End of the World. Getintothis’ Amy Roberts makes some sense of the madness at Static Gallery.

One man electronica big brain Pony Harvest is performing to a humble and mild mannered audience. The set is one you imagine has been obsessively thought out, conceived and rehearsed within the confines of a smoky bedroom among the early hours of the morning over several months, if not years.
The effect pays off. Between synth, theremin, an assortment of toy instruments and remixed samples of a ‘hate on a gypsy family‘ hotline, there are major beats and definite melodies to the madness. 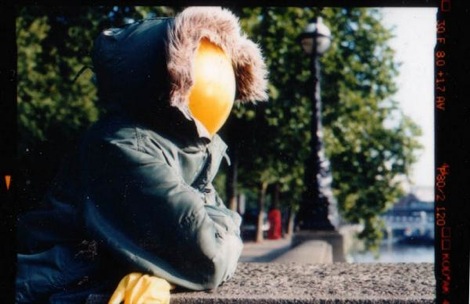 Starting off with a positive if unsettlingly twee song about cowboys, Position Normal then submerge themselves into a deluge of pointless, out of time, incoherent noise backed up by what at first appears to be randomised pop culture imagery that has lacked thought or cognition.
The video footage gains momentum, repetition and strength however, and so does the varied unpredictable music – disquieting and dysfunctional, it also reaches out to express further deconstructions of British identity through garish sounding seaside shanties.
It’s all a bit Nathan Barley though. Loads, actually. Especially when they show a clip of a dog shitting in reverse and are visibly biting their own lips in an attempt not to snigger at their own juvenile genius.
Collaging movie clips and music – mostly soundtrack pieces such as The Look Of Love or Somewhere Over The Rainbow, remixed with juxtaposed samples of other songs, People Like Us take well known characters, genres or plot lines, remove them from their original context and narrative and then leave them to interact within a different one.
It’s honestly a stunning piece of work – humorous, disturbing, powerful and often moving – the highlight of which sees the opening scene of The Sound Of Music in a destructive mash up with the opening scene from Apocolypse Now.
Jim Morrison, Julie Andrews and a fuck load of fiery explosives make very strange and wonderful bed fellows indeed.