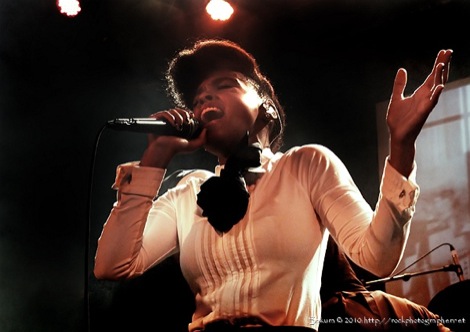 You can read Getintothis’ review of Janelle’s explosive gig in Manchester here.
However, if you just want to look at pretty pictures, here’s some by one of our favourite photographers Sakura. 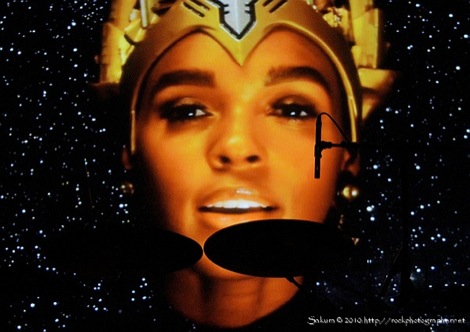 Cindi Mayweather directs from above: ‘Dance or Die.’ 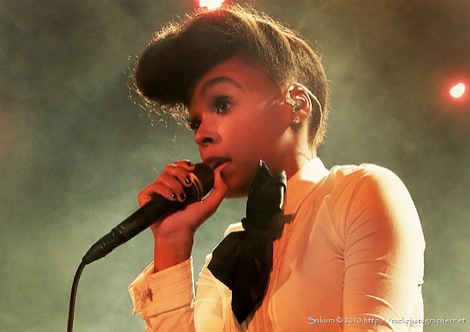 It takes Kansas-born Janelle two and a half days to prepare her impressive bread roll barnet, which means she has an extensive back up of programmes to catch up on on the iplayer. 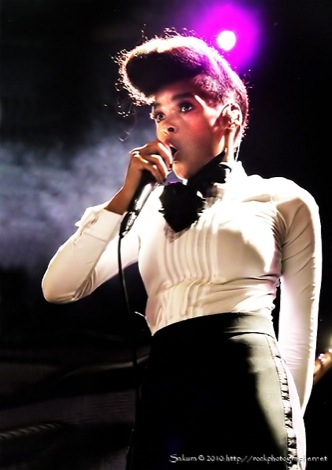 Ms Monae’s track Mushrooms & Roses is based on a culinary delight by her Great Auntie Peggy who is a bit like Kansas City’s Betty Turpin. 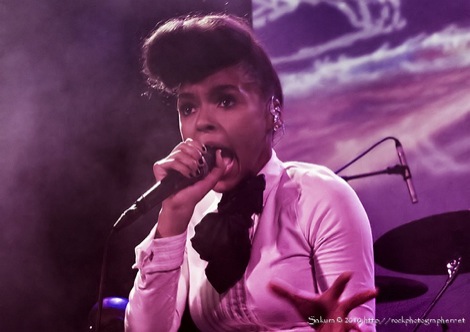 If Prince and Janelle had a baby it wouldn’t just be diddy, it’d be very talented. The chances of this are slim but worth pondering all the same. 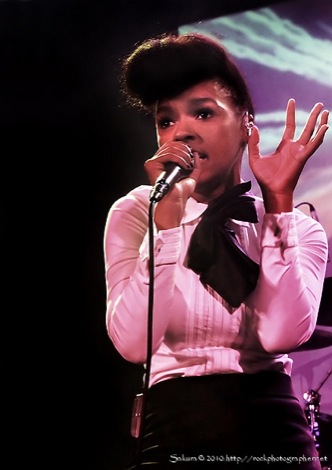 Janelle is colour-blind, and it’s actually a petty in-joke between her stylist and management, convincing her that she’s wearing elaborate psychedelic colours – when in fact she only wears black and white. How very childish.
Here’s Janelle speaking post-Shepherd’s Bush gig on Sunday evening about her Grammy nominations. Boy, is she hot.