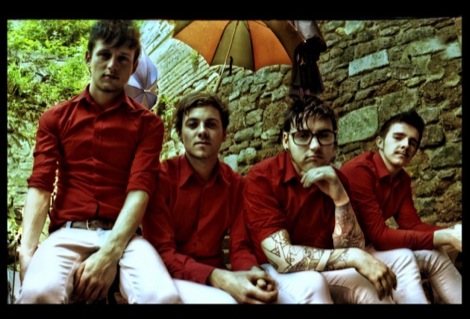 Hardly anyone turned up for The Computers. Getintothis’ Jon Birchall did – and so it proved they were one of the bands of Liverpool Sound City 2011.

Whether it was a late change to the schedule (their set was moved from 10.30pm to nearly three hours earlier) or just an overload of fine bands vying for festival-goers attention, hardcore four-piece The Computers were absolutely lashing it in a remarkably desolate O2 Academy.
In short, to the many that missed it, you have to go and watch this band. Latest single Music is Dead offers sharp shots of Hives style hooks while maintaining a Jon Spencer Blues Explosion rapid blues base that came across in swinging fashion in a live set as tight as you’re likely to see.
To praise the vigour of the performance in a room in which it was otherwise lacking is a task in itself. Few would have maintained the level of force that dominates the band’s debut album on stage. The Computers, with unwavering confidence, only went and bettered it.