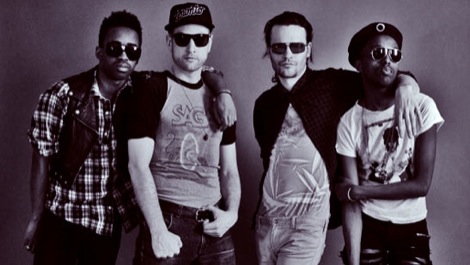 Toronto beat boppers, Azari & III, bring the party to Magnet on Friday – Getintothis has guest list passes up for grabs.

Good one, this.
Not only is one of Getintothis‘ favourite Liverpool haunts, The Magnet, back in action – but they’ve kicked off their live programme with a couple of belters – continuing, this Friday, with Toronto space-house club kooks Azari & III.
The Quietus have already closed their books, naming their eponymous debut record as dance album of the year, saying ‘So illicit-sounding is Azari & III that to even listen is to be an accessory to the crime,‘ while it’s been a critical hit across the board.
Their unique blend of moody electronica, dark yet hooky vocal choruses and analog-thick rhythms has earned them a hardcore following plus a much-lauded live show.
The four-piece consist of producer/musicians Dinamo Azari and Alixander III with vocalists Fritz Helder and Starving Yet Full. 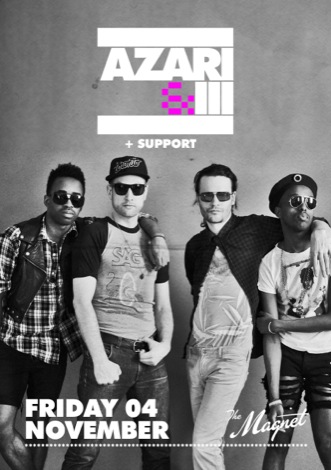 From the velvety refrains of Reckless With Your Love through to the creeping melancholy of Manhooker and the unhinged technopera of Undecided, their album possesses an individual future-classic feel, with trademark lush synthesizations, biting soulful chorus’s and ominous overtones. There ain’t no chance you’re getting away from this one.
Azari & III by modularpeople
We’ve teamed up with Magnet to allow two lucky readers guestlist places for Friday’s show. Just add Getintothis on Twitter and answer the following question and add hash tag #azari
Q) Which of these is a member of Azari & III?
a) Colonel Mustard
b) Reverend Green
c) Professor Plum
d) Fritz Helder