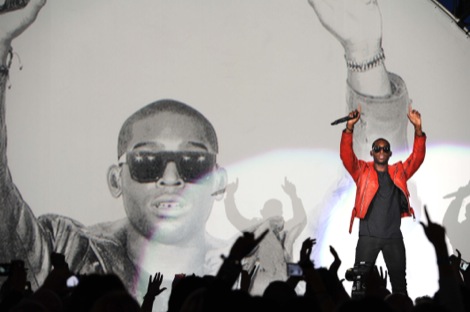 A Jack Daniels-swigging Tinie Tempah returns to Liverpool for the fastest-selling leg of his sold out tour. Getintothis’ Jo Kelly raises a glass. 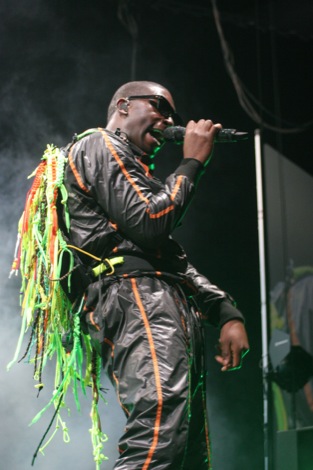 Tinie Tempah toasted Liverpool’s Echo Arena last night for being the fastest selling venue on his Disc-overy tour.
The 22-year-old downed a Jack Daniels on stage – his first alcoholic drink in months – toasting his loyal followers in the city.
With sweat dripping from his face and gasping for breath he told the Arena: ‘You don’t know how much pleasure it gives me to say I made everyone go flippin’ mental in Liverpool’s Echo Arena.‘
Wearing his signature sun glasses and million-dollar smile, Tinie seems genuinely in awe of what he’s achieved.
In two years he’s had two number one songs with Pass Out and Written in the Stars, multiple awards and nominations, a number one album – the list goes on. He gushed: ‘I’m never going to stop. You know I’m going to keep going, right?‘ 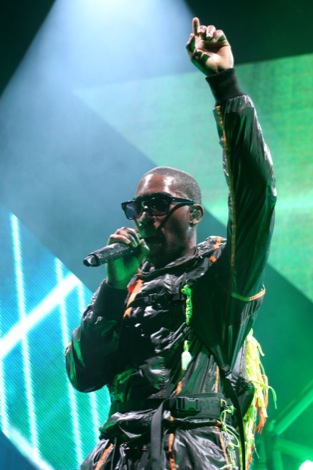 If this Duracell rapper isn’t singing and dancing full-throttle then he’s rabbiting relentlessly to the crowd about anything from getting fit to lost love.
The effort he puts into telling the stories behind his songs and the tidbits of information about his life make the show even more heart-warming.
Midway through he pops up on a platform in the middle of the audience to perform a stripped back session of slower, surprisingly touching songs including Ed Sheeran’s The A Team.
Although it’s intriguing to see Tinie’s other side, it scuppers all momentum and a ploy encouraging an audience member to sing on stage with him falls flat as a kingsize pancake.
A stroll through the crowd singing Invincible attempts to rekindle the spark but the atmosphere fades considerably while waiting for him to return to the stage.
It takes a blast of track of the evening Miami 2 Ibiza – his collaboration with Swedish House Mafia – to truly regain the magic as an onslaught of lights, smoke and fireworks reduces the crowd to a pumped-up frenzy.
His energy is hypnotising, his songs great and his showmanship even better. It’s easy to see how Tinie got so big. 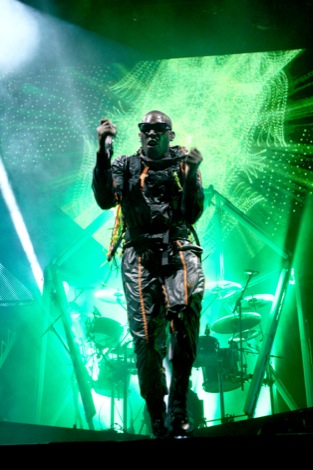