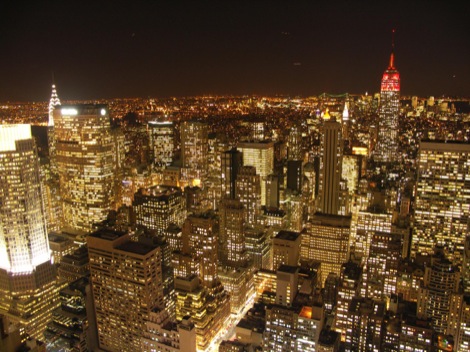 Music and conference festival Liverpool Sound City is holding a sister event in New York – and organisers hope the event will help boost trade and cultural links with the US.
Getintothis can reveal that New York Sound City, to be held in March, will see Mersey musicians and creative businesses take over a Manhattan hotel on March 12.
It will include the first US gig in two decades by legendary Liverpool band The La’s, best known for There She Goes, while other Merseyside performers will soon be added to the bill.
But Sound City – which has been backed by regeneration agency Liverpool Vision as well as the Arts Council – will also be a showcase for creative and digital firms from Merseyside who want to win business in the US.
And Vision, which has this year redoubled its efforts to build trade links with the US, believes the event will prove to New York’s creative and digital businesses that Liverpool is a great destination in which to invest.
Liverpool has long trade and cultural links with New York, which was John Lennon‘s home for nine years.
Sound City director Dave Pichilingi wants to see Mersey music firms follow in the footsteps of Sentric Music, which is working with a New York publisher to licence work by UK artists to hit TV shows such as CSI.
Pichilingi said: ‘If you look at what’s going on with our economy at the moment, it’s really important that businesses from our region begin to look overseas for people to trade with.
‘From a business and a cultural perspective, Liverpool has a lot of connections with New York. There’s got to be great opportunities there. For the last few years, we’ve been promoting Liverpool at South by Southwest, which is the biggest event of its kind in the world.
‘We’ve had some successes from South by Southwest, like The Wombats – who didn’t have a major record deal before we worked with them. New York will be the same model on a boutique scale that we employ in Liverpool.
‘The honeypot will be the best music, which we can promote alongside the best business opportunities from companies in the region who want to meet like-minded businesses in New York. This kind of initiative has proved hugely successful for Liverpool in the past. It’s resulted in over £7m in real money and contracts coming to the region from those businesses.‘

Vision has identified the US, along with China, India and Germany, as one of the four key growth markets for Mersey firms. It has appointed two trade representatives in the US – Kristen Hirst, who will cover the east coast including New York, and Gareth Lewis on the west coast.
This year Merseyside has hosted trade missions from Boston, Georgia and South Carolina, while Liverpool and Memphis, Tennessee, have become ‘Rock’n Soul Mates’ to build trade and cultural links.
Hirst, who is based in Atlanta, said: ‘This event is a means by which we can promote the Liverpool brand and image. That helps me build relationships with the creative and digital companies I’m trying to build relationships with so that when they’re beginning to consider investing in the UK, they have a deepened interest in Liverpool.‘
Ailsa Horne, head of international investment at Liverpool Vision, said: ‘Sound City is also about brand Liverpool, and the message that this is a great place to live, work and do business. Sound City is promoting Liverpool as a city, and one with that creative and digital edge.‘
Liverpool- based Sentric Music helps small and unsigned bands collect royalties from radio play, live gigs and online sales.
It signed an agreement with NYC firm Downtown Music 18 months ago that sees Downtown look after Sentric’s catalogue of artists in the US.
Sentric’s co-founder Chris Meehan said: ‘The States can seem quite daunting at first because it’s so big, but there are lots of opportunities. We’ve managed to make money over there. Things like New York Sound City will be great to help firms hook up with businesses over there.‘
Liverpool Sound City will return here in May 2012. Pichilingi also hopes to hold a second Sound City event in Norway later next year.
Getintothis coverage of Liverpool Sound City 2011.
What Getintothis learnt from Liverpool Sound City 2011.
Getintothis‘ Top 10 Picks of Liverpool Sound City 2011.
Getintothis reviews The La’s in Liverpool, September 2011.