Liverpool’s iconic Masque Theatre on Seel Street shuts with immediate effect, Getintothis pays tribute to one of the city’s most loved gigging venues.

It was just last week that Getintothis brought you the glowing Annie Mac review – the latest in a long, long line of seminal nights at the Masque Theatre.
So it was all the more shocking when a series of tweets through the club’s official feed dropped this statement: ‘It comes with great sadness that we have to announce The Masque has ceased trading as from today.
‘All shows are now cancelled or moved. You are entitled to a refund from your ticket providers. Thanks for the support you have shown over the years and for being our friend, we’ll miss you!‘
Getintothis understands that the closure is directly linked to that of the Jacaranda, both run by director Graham Clarke. Clarke, who also runs The Peacock, said: ‘The Jacaranda underpinned a pack of cards and once that fell it was game over.‘
The ramifications for live music in the city are huge – not only is the club a staple on the gig circuit, but it played host to a number of key club nights, specifically the iconic Chibuku – while it was one of few music venues in Liverpool with a 14+ door policy meaning young musicians could learn their trade via support slots – a vital element in any city’s musical growth.
In a time when venues are becoming sterile and lacking character, The Masque’s multi-purpose, multi-roomed chamber was the complete antithesis cementing itself as a cornerstone during Sound City playing host to Circus, Mixed Bag and Free Rock and Roll nights.
There’s been so many highlights down the years but among Getintothis‘ favourites include watching Yeasayer pre-All Hour Cymbals with little but the barstaff and a handful of onlookers. By complete contrast, The Arctic Monkeys‘ first Liverpool date, headling a Zane Lowe-fronted MTV Gonzo night proved an all-out riot with fans leaping like lemmings down the theatre‘s steps while yelling out lyrics to their early demos – much of which never made the final cut of yet-to-be-released Whatever People Say I Am…
The Masque also played host to Getintothis‘ first live review – the Besnard Lakes in the old Barfly – another gig witnessed by barely a handful of fans, but it was a night we’ll never forget; one when the music was matched by the aftermath piss-up with Jace and the rest of the Besnards. 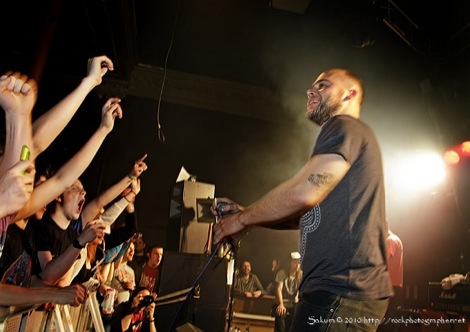 Of course there was many a night when the place was absolutely bouncing – The Bronx almost destroyed the place after showcasing a slightly more sensitive side with their El Mariachi spin off while The Black Lips proceeded to exchange fluids with each other while on stage and then with some overly-enthusiastic female fans after their Sound City 2009 set.
Then there was Ari Up‘s last hurrah in Liverpool with The Slits mere months before her untimely death and Flying Lotus‘ devastatingly beautiful set at another of those Chibuku bass-throbbing all-nighters.
Ultimately, there’s too many memories to list – plus many which have been lost in a haze of happiness, Getintothis sends sincere thanks to Paula Stewart, Gemma Smith, Andy Cesar, Sarah Cockerline and all the staff that have helped bring the noise down the years. Let’s hope there’s a resurrection round the corner. 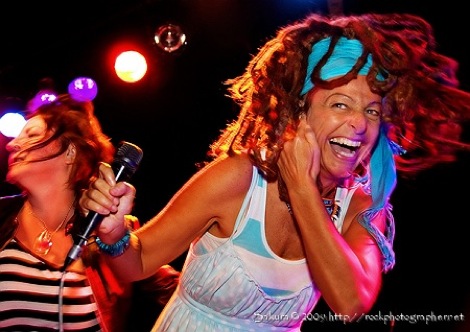