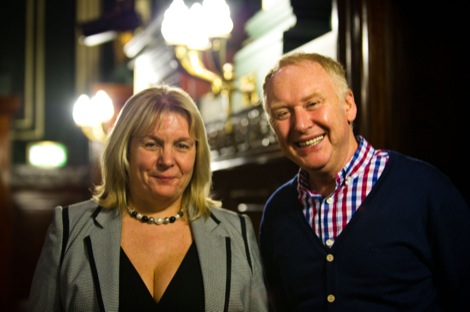 Liverpool Sound City was today named as the new operator of Liverpool’s former Neptune Theatre.
The organisation has pledged to rejuvenate the Hanover Street venue – renamed the Epstein Theatre in honour of Beatles manager Brian Epstein – with a strong programme of music, as well as art and drama.
It also aims to ensure the 385-seat theatre, which has had a £1m makeover after being closed for six years, can be utilised by community groups.
The new-look venue will be launched during next year’s Liverpool Sound City which runs from May 17-19.
Liverpool Sound City chief executive Dave Pichilingi said: ‘My memory is of coming here as an audience member and also I had my first drama lessons above the theatre.
‘So I looked back fondly, but wanted to bring it into the 21st century.‘
Mr Pichilingi, who looked at similar venues around the country, including London’s Donmar Warehouse, for inspiration, said the plan was to focus on music – with an emphasis on Liverpool bands as well as bringing in international names.
But the theatre could also host exhibitions and drama, and be used as a base for Sound City’s programme of youth music.
‘We plan to turn it into a space that will be a gemstone in the cultural offer for Liverpool. Such an amazing building needs to be used and seen by an international and local audience,‘ added Mr Pichilingi, who praised the city council’s “forward-thinking”.
There are also plans to turn the bar area into the venue of choice for young people and those in the creative industries. 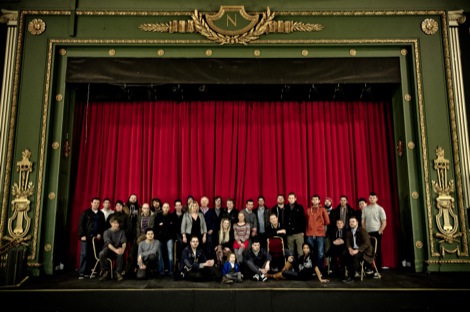 The Grade II listed theatre was originally opened as Crane’s Music Hall in 1911.
It was bought by the Liverpool Corporation in 1967, but closed its doors in 2005 after failing to comply with safety regulations and was in need of major refurbishment.
The £1m investment consists of £750,000 funding from the city council and £250,000 from landlord Hanover Estate Management Ltd.
Cllr Wendy Simon, cabinet member for culture and tourism, said the competition was stiff but she was pleased a Liverpool company had been chosen to run the Epstein.
She added: ‘It’s another different offer to add to what is already an amazing cultural offer in the city.
‘I don’t think there’s another venue like this in the North West. I think it will appeal to people of all ages, and to bring music back here is really good.
An earlier attempt to find an operator failed because whoever took over the venue would face paying up to £65,000 annually in rent and service charges.
A new deal ‘tapered’ for five years led to applications from eight interested operators, with four shortlisted.
Liverpool city council will cover the first year’s rent and service charge, reducing by 25% annually until the fifth year.
Sound City has become an annual part of Liverpool’s music calendar using venues across the city for a mix of local and established bands. St Luke’s bombed-out church was a favourite venue this year.
Getintothis on Liverpool Sound City.
Sound City announces New York venture.