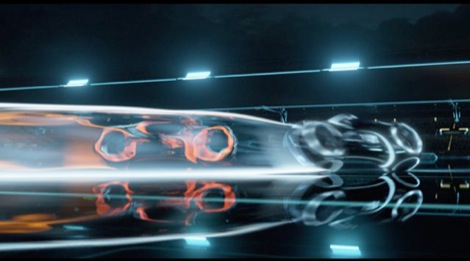 Ex-Easter Island Head’s latest work, originally commissioned during AND Festival, is given a full airing.

It seems almost apt, given the enveloping frost and crystaline conditions compelling us to curl up in warm environs, that Mercy should drop their Ex-Easter Island Head commission.
Originally commissioned during AND Festival, as part of the Spectres of Spectacle event at Static Gallery in September, the piece evokes mid-late 70s Eno while naturally complementing Ex-EIH’s minimalist drone showcased in late 2010 – quite apart from their recent explorations with kraut, electro and choral compositions.
On the night, the beauty of Benjamin Duvall‘s evocative, mellifluous flow was somewhat lost amid the expectant low rumbling chitter-chat of a crowd, eager to hear the main draw – a new Forest Swords installation – but now online for all, this near-16 minute piece compels further listening; slowly seeping into your subconscious.
Barely there, Duvall’s multitude of tapes, loops, evaporated vocal/instrumentation have been meticulously mixed by James Rand; a symbolic representation of ‘a present day of degraded ideals.’
Warm up, and immerse.