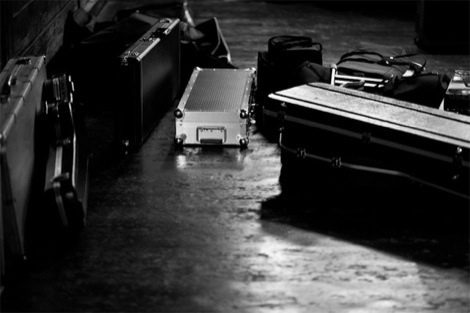 The suits deliver some positive news for live music in Liverpool as the Live Music Bill becomes law.

It’s been a shocking 48 hours for live music in Liverpool following the news of Static Gallery being told by Liverpool City Council that they couldn’t hold gigs.
In the capital, though, there was however positive news for the city and the UK music scene as today the Live Music Bill, introduced by Lib Dem Peer Tim Clement-Jones and promoted in the Commons by Bath MP Don Foster, became law.
The Live Music Act means that small venues in England and Wales (under a 200-person capacity) will no longer need local authority permission to host performances of live amplified music between the hours of 8am-11pm.
There will be no audience limit for performances of unamplified live music.
The legislation is likely to come into force by autumn 2012.
Jo Dipple, chief executive of UK Music, the commercial music industry’s umbrella body, welcomed the news.
She said: ‘For a Private Members’ Bill to receive Royal Assent is a monumental achievement, even more so for one that is introduced in the House of Lords. This has happened only 5 times in the past decade. The assent of today’s Act is the result of a dogged commitment to musicians combined with outstanding Parliamentary skills. UK Music thanks Lord Clement-Jones and Don Foster MP for their work.
‘The global success of our industry is dependent on a flourishing network of small venues, where tomorrow’s headliners can learn their craft and develop their career. Allowing these venues the freedom to host live music is a huge boost for British artists and means more opportunities for developing talent, as well as enriching our local communities and the economy overall.‘
Getintothis‘ Top 10 Political Rock Songs.