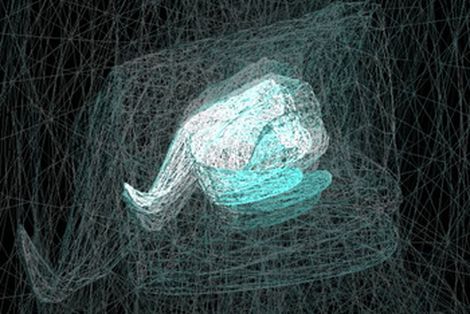 This is rather exciting to say the least.
Creeping out their of their shadowy laboratory and delivering a three-pronged RnB-heavy caliginous clatter, Sun Drums have brightened up our weekend immeasurably with a new EP entitled Sun Kissed Blisters.
Since their earliest days as the startlingly promising Bagheera, they’ve always had one foot firmly-planted in the bowl-quakingly technological bass thunder but their progression from then to now is little short of incredible.
It should come of no surprise, mind.
Having supported Mi Ami back in 2009, they’ve obviously been taking notes on Daniel Martin-McCormick‘s saturated cosmic disco output under the Hyperdub Records alias ITAL – who incidentally played Sun Drums‘ Sam Twidale‘s Deep Hedonia night on Thursday.
While recent live showings at Leaf, Sound City and the Kazimier have only served to emphasise their direction.
And now they’ve joined the dots.
Opener When It Comes blasts Gregorian monk cries submerged beneath a thick lagoon of drum-pads fizzing by like rushing rivers over pebbles.
However, it’s in the final third of the opener where shit gets really interesting as we’re taken on a broody tangent seguing into the title track which recalls the darker end of Yeasayer‘s Odd Blood spectrum – all menacing low-end thudding before a killer sample of Mobb Deep‘s Shook Ones Part II chops through the mix like a meat cleaver.
It’s devastatingly dramatic. Fuck Merseybeat – this is Murderbeats.
They rap proceedings up with clinical knuckle-dusting bruiser Superfly which once again carries that distinctive drumpad tone to get the stomach rumbling before what sounds like Jacob Silkin‘s guitar being twisted through the mangle. It could quite easily be Tom Cowcher‘s synth being wrung through a mangled circuit board – who cares, it’s sublime craftsmanship.
Getintothis has long preached there’s a superb band waiting to emerge from within Sun Drums‘ expansive layers – this is the start. Expect much more.
But for now, enjoy one of the most ambitious and stunning releases to come out of Merseyside all year.