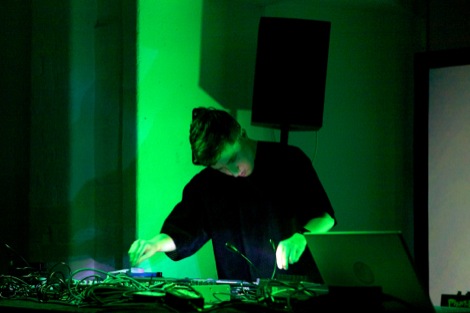 Holy Other steps out from the shadows at Camp & Furnace but it’s a new electronic pioneer that truly dazzles during Deep Hedonia’s assorted delights. Getintothis’ Rachel Brockley has her knobs twiddled.

Deep Hedonia are one of Liverpool’s freshest and most innovative promoters on the block, and after impressive billings including Emperor X, Laurel Halo and Ital, there was heady expectation with their latest offering – Holy Other. He did not disappoint.
Kicking off proceedings for Camp & Furnace‘s Scandinavian-inspired PÅRK Bank Holiday weekender, were Bristol based Vessel, bolstered by DJ sets from Fort Romeau.
With so much going on in Liverpool during the same evening, coupled with the torrential rain and Blade Factory‘s location being a little off the beaten path, small numbers were a risk, however, the night drew a surprisingly decent crowd.
Being La Roux‘s keyboard player, you could be forgiven for expecting poppy electro from Fort Romeau, yet contrastingly, he dropped a delightful mix of subdued R&B and deep house. His choice reflecting his own direction as an artist and set a warm atmosphere for the night ahead.

Opening with haunting vocals, over ethereal sounds that wouldn’t be out of place in an atmospheric horror, Vessel aka Sebastien Gainsborough quickly grabbed the attention of everyone in the room.
What followed was an intense journey through dark, industrial electronica. Mechanical and arterial sounds, very fitting for a venue called the Blade Factory, featured heavily and gave a hypnotic feel to Gainsborough’s music.
It was impossible not to be drawn in to the sound and Gainsborough himself seemed to be completely absorbed in the performance. His perfectly tuned metallic percussion and a meticulous attention to detail gave a complex and intelligent sound which, at times, was comparable to the likes of Amon Tobin. Not an easy comparison to achieve especially at such a young age, yet Vessel is an artist who most certainly is one to keep a trained ear on.

During a brief interval, many newcomers arrived just in time to see the main event, the Tri Angle Records‘s Holy Other.
The characteristic hood was absent, this time Mr Other (Tim, to his mates), opted for a black tunic as the audience had a rare opportunity to see the enigmatic Mancunian’s true guise throughout.
As the dreamy pitch-shifted vocal chants began, people eagerly moved closer to the stage. They were treated to a show that was beautifully executed without the use of a laptop, with multiple elements ranging from R&B and house, to choral tones normally reserved for a monastic setting. 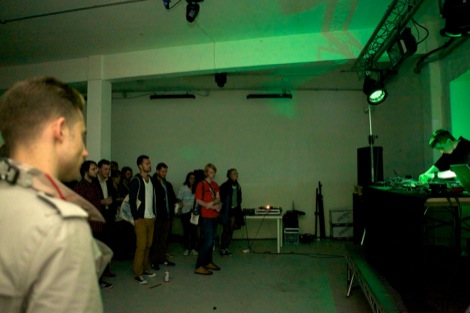 The manipulation of voice is a big part of his music and the vocal symphonies created gave a haunting edge to the ambient sound. The rarely seen face of Holy Other offered a rare glimpse into his own satisfaction and enjoyment in what he was doing, mirroring that of the delight the audience expressed in watching him.
To close the evening, Fort Romeau took to the decks once again, this time giving way to a crowd intent on dancing.
Despite Holy Other‘s evident talent, it was Vessel who stole the show; a booking reinforcing Deep Hedonia‘s credentials for serving up superlative emerging electronica and helping cement their growing reputation.