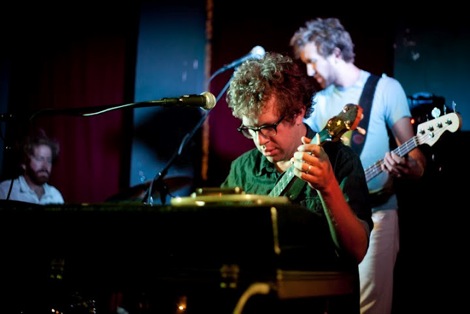 A night of Americana goodness is served up at Leaf, where not even a foul-mouthed idiot in the crowd can stop Getintothis’ Emma Walsh from enjoying a good ol’ knees up.

Liverpool promoters Harvest Sun, always reliable with their Americana flavoured offerings, broke with tradition for their first offering tonight, the newly-trimmed trio Bird.
With their name flowering freely on the Liverpool music grapevine of late, Bird, offer a dramatic, almost gothic, display.
Adéle Emmas‘ beautiful, semi-euphoric tones added a sense of occasion to the mix which were well received by the somewhat ‘mature’ audience gathered upstairs in Leaf, on Bold Street.
While the band do have a tendency to stray into monotony, there was enough shades of light and dark in their song writing and lyrical tales of monsters and phantoms, to keep things interesting; even if they created woozy waves which, to the unseasoned sailor, sometimes brought about seasickness.
The unsettling Children of the Night left a bad taste in the mouth – like a lullaby sang by pigtailed twin girls in old horror films – this was a dark, twisted set which offers promise for the future. 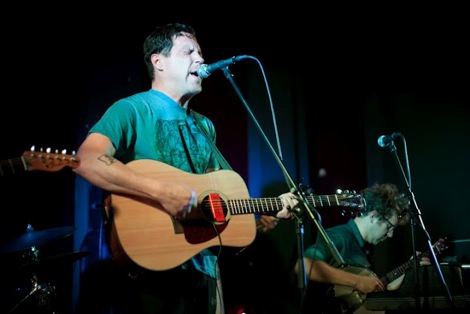 Damian Jurado live at Leaf
After the ethereal heights of Bird it was a welcome change to the understated as Damien Jurado took to the stage to showcase new LP Maraqopa with the charming simplicity of an acoustic guitar played expertly.
Jurado immediately threw up comparisons; the gravelly tones of Tom Waits, lyrical hints of Bruce Springsteen (my mum’s idea of heaven, incidentally) and the stoic presence of Johnny Cash.
Jurado’s songbook is strong enough to stand alone without comparison but we couldn’t help but notice some Bon Iver tones in the beautiful love song Museum of Flight. 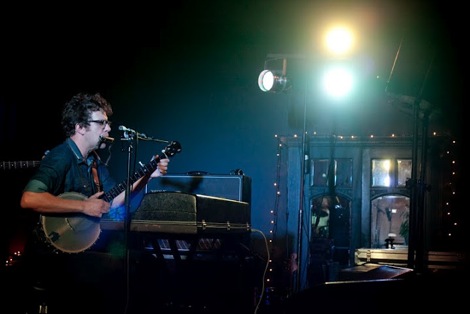 Megafaun strap on the banjo live at Leaf
Megafaun joined Jurado on stage for his last few songs, warming up with a louder, more upbeat tone that had every head in the room nodding along.
With more life on stage, the audience were ready to rock and roll as North Carolina ‘Faun began their own set, easing us in with a beautiful instrumental with a strong country twang.
Sadly, what promised so much then took a backstep as the opening of their performance was muffled under the shouts of one particular patron who, so disgusted at having missed Damien Jurado, seemed determined to ruin everyone else’s enjoyment for the night.
Thankfully she made her dramatic exit before the collective ‘fuck off‘ brewing in the crowd found voice. And normal service was resumed. 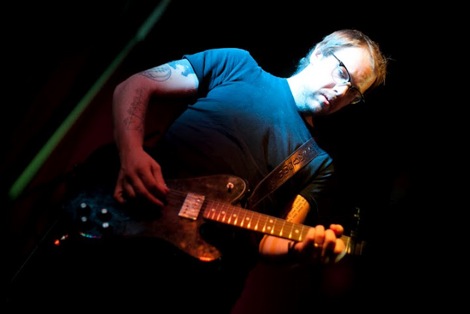 Megafaun deep in thought, knee deep in tunes at Leaf
You’d have been forgiven for thinking Megafaun were regulars to Liverpool such was their rapport with the audience; oozing easy American charm while offering congratulations to a newly wed couple, (the Duggans, it turned out, were absent!) and proffering fashion advice to the married men in the audience – white trousers are to be left to the single man apparently.
With tones of bluegrass, psych-folk and generous amounts of banjo delivering the good folk at Leaf were treated to another Americana-infused delight.