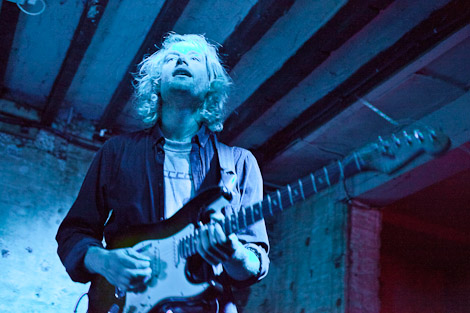 As the cold September rain fell across our Liverpool city skyline, Falmouth’s very own Tall Ships cast their anchor into the underground caverns of Slater Street.
Fresh as a daisy from headlining the BBC Introducing stage at this years Leeds and Reading Festival, the Brighton trio created a wave of excitement, as it was all aboard at The Shipping Forecast to see what all the fuss was all about.
Arriving fashionably late and furious at the cancelled Sandhills train, Getintothis was fortunate enough the catch the remnants of Muto Leo‘s supporting set.
A buoyant crowd applauded the local five-piece, with guitarist Will Birchill, explaining: “We love playing The Ship; quality crowd and a great sound“. The local contingents were in agreement and my only regret was not to have seen more. 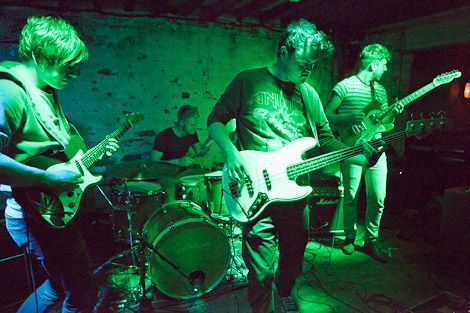 Muto Leo live at the Shipping Forecast
By now a bustling crowd had thrown caution to the wind and had braved the testing elements just in time to see Wot Gorilla? The 4 piece whipped up a haze of hysteria as their energetic and heavy instrumental outfit took the stage.
The Halifax quartet proved that their math/progressive and creative rock is a feast for the eye and ear to behold. Drummer Si Marks was exemplary as they changed gears and time signatures with consummate ease.
As Marks de-shirted and the female applause became all the more apparent, we couldn’t help feel we’d witnessed a more intelligent, yet rabidly mutated version of Vampire Weekend – and I liked it. 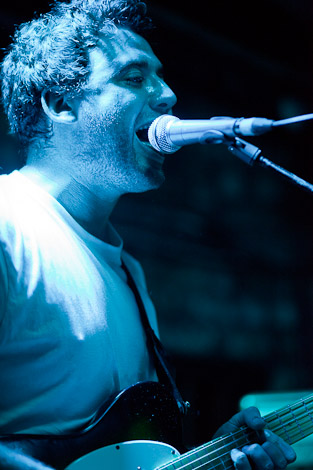 Halifax’s Wot Gorilla? in action in Liverpool
As the Sunday crowd gathered, heat and the outside downpour evaporated into the backs of our minds, Vasco Da Gama picked up where their predecessors had left off.
Offering a sublime blend of indie rock break-beat that combined thrashing builds, drops of electronica and inventive live performance. The constant changes of direction and musical interpretation made for an interesting watch.
As Vasco almost tricked you through their choppy time signatures. Chris Lym was superbly creative on lead and showed there is a visual joy to be taken from this local math world. 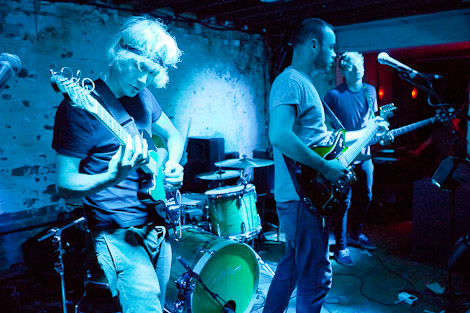 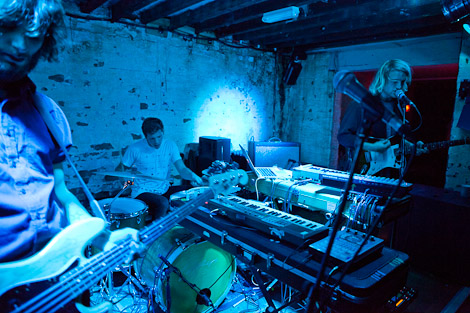 Tall Ships ready for action
By the time the sweat drops were falling from the ceiling we were treated to a building and resounding composition as Tall Ships showcased their often diverse and ever maturing sound.
These Brighton boys sure know how to work up a frenzy using large building symbols and droning keyboards to create a dramatic and looping effect in their intros.
What was impressive was the sheer diversity of the set, it’s no secret this act have been toiling the circuit for a good few years and they showed how a band can continue to evolve and re-create for a growing following.
Ric Phethean‘s reaching vocals and often self-revealing lyrics resonated deeply. The rest of the room agreed; a shared hegemony for a rainy evening out on the tiles. 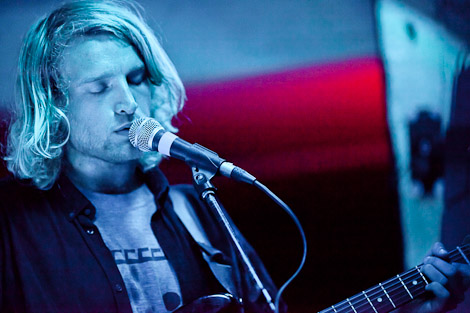