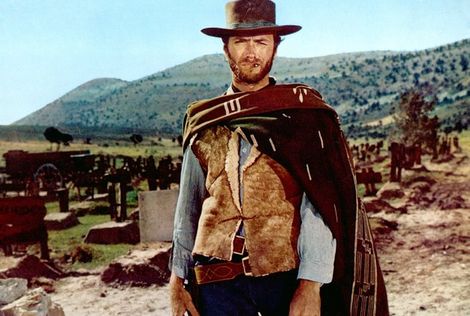 Liverpool Lift-Off Film Festival 2013 visits the city later this month, Getintothis’ Marie Boon asks what makes a great soundtrack – and why they’re so integral to making a memorable movie.

When asked what the connection was between Pulp Fiction and the film’s surf soundtrack, Tarantino replied ‘To me it just sounds like rock and roll, even Morricone music. It sounds like rock and roll Spaghetti Western music, so that’s how I kind of laid it in.”
There’s no doubt that the man responsible for our automatic association of Stealer’s Wheel with ear-severing has given Sergio Leone a run for his money in terms of movies defined by their music.
However, would The Good, The Bad and The Ugly (1966) hold such an important position in today’s collective unconscious without its epic soundtrack?
And would Roland Joffé‘s The Mission (1986) still send shivers down your spine? When it comes to composing a powerful score that is as much of a protagonist as charismatic characters or stunning scenery, we think Ennio Morricone takes it hands down.
Saying that, some of the best film soundtracks favour pre-existing tunes over a specially composed score.
Undeniably, selecting just one piece from the whole history of music, one song that will perfectly grasp the purpose of a specific scene while also capturing the film’s overall desired tone, requires infinite knowledge and skill.
Sometimes, just like the perverse gaiety of of watching Mr Blonde grotesquely torture his victim to the catchy beat of Stuck In the Middle With You, what really packs the punch is the stark contrast between what you hear and what you see.

Likewise, the horrific montage in Barry Levinson‘s, Good Morning Vietnam (1987), in which American troops bully civilians and blow up the landscape is all the more distressful thanks to Louis Armstrong sweetly suggesting It’s a Wonderful World.
Our favourite example though, has to be in Tony Richardson‘s The Loneliness of the Long Distance Runner (1962) .
It’s that bit where the borstal inmates are belting out that old English hymn, Jerusalem: ‘I will not cease from mental fight, nor shall my sword sleep in my hand, ’till we have built Jerusalem, In England’s green & pleasant Land,’ juxtaposed with shots of a prison guard preparing to brutally assault their fellow inmate. Gets us every time.
On other occasions the art lies in selecting a tune which accentuates the mood of the film rather than contrasting it.
A fitting example is the use of slo-mo montage in Richard Kelly‘s Donnie Darko (2001), depicting the despair and destruction after a giant mutated rabbit correctly predicts death by aeroplane-engine-falling-from-sky…
The sombre tones of Mad World are fitting for the emotive nature of the scene while the lyrics sum up the plot pretty well too. Boss film though.
Other films that often come up in the ‘best soundtrack’ game are Danny Boyle‘s Trainspotting (1996) and Jonathan Levine‘s The Wackness (2008), namely for their use of such 90s anthems as Underworld‘s Born Slippy and A Tribe Called Quest’s, Can I Kick It.

But what about small independent films that don’t have the budget or the connections to contract epic composers or feature their favourite track list?
This is something that has really struck me as I’ve been judging some of the six hundred or more submissions we’ve had for Liverpool Lift-Off Film Festival, which is taking place on February 25 until February 28 across the city.
We frequently found ourselves writing ‘beautiful score’ or ‘innovative use of music’ in the feedback box.
Quite often the music was the difference between a film that made us look twice, and one that was just missing that little something extra.
One of the films that made it onto the festival program with a budget of only two and a half grand, The Night of the Falling Star (2011) by Jean-Marc Deltom, features an eclectic and surprising soundtrack ranging from tinkly French ragtime piano to a really funky bassline and synths, and even a bit of steel drums thrown in.
Most importantly it’s used in a way that massively enhances the narrative, adding real artistic and entertainment value.
That is not to say that the soundtrack always has to take centre stage.
Another successful applicant, Kiss (2011) by Matt Johns, uses a subtle but beautiful guitar melody to add depth and emotion to an intriguing short story looking at prostitution and violence on the streets of Manchester.
Unbelievably, this film was made with a budget of just £200, yet it is among the most powerful short films we’ve ever seen, and it’s proof that sometimes genius lies in simplicity, whether it’s film-making or songwriting.
But if you’re not convinced about how much music affects the way we interpret a film, we suggest you take a look at the world of recut trailers, which champion editing and soundtrack to challenge genre convention, with highly amusing results.
There are loads of them out there but the best one by far is The Shining Recut, as a romantic comedy.

Anyway, who said it’s all about music defining the movies?
Occasionally it’s the film which brings fame to the tune. The story behind Ryan Gosling and his girlfriend’s ‘special tune’ in David Lynch‘s Blue Velvet (1986) is the epitome: You and Me by Penny and the Quarters was a forgotten 70s unreleased demo that got picked up in a yard sale and somehow made its way onto the big screen.
One day the producers turned up with a fat royalties cheque for the songwriter’s widow, and it was the first thing she knew about it! What we’re trying to say is that music and cinema are hugely interrelated.
Without even touching on musicals, music videos and music biopics, but regardless of all that, these are two art forms that have a huge influence on each other. If, like us, they are two of your greatest pleasures in life, then you’ll get the same thrill we do every time you hear your favourite film quoted in song lyrics, or see your musical idol on poster in a film character’s bedroom.
These are two of life’s great joys, and massive kudos to all those who weave them together so well.
For your chance to discover if your long-forgotten unreleased demo track is about to make it big without you knowing, and to witness the magic of The Night of the Falling Star and Kiss, come to Liverpool Lift-Off Film Festival 2013.
Both of these films will be shown at screening 3 at Metal on Tuesday February 26, however, the whole week’s programme will be worth a watch.
With professional judges including Jack Whiteley, the man responsible for such stunning music videos as Stealing Sheep‘s Rearrange, you can be sure that standard of filmmaking and soundtrack alike will be second to none.
Liverpool Lift-Off Film Festival 2013
Monday February 25, at FACT: 6pm-8.30pm, and 9pm-11.30pm.
Tuesday February 26 at Metal, Edge Hill Train Station: 7pm-9.30pm.
Wednesday February 27 at The Kazimier: 6pm-8.30pm, 9pm-11.30pm.
Thursday February 28 at House Bold Street: Award ceremony and after-party 7pm-midnight.
Liverpool Lift Off Film festival. Tickets £6.
Further reading on Getintothis
My night with Tarantino in Liverpool and his top soundtracks
Cronenberg & Lynch: Music & Non-Music
The Art Of The Pop Video at FACT, Liverpool
The Wire: Soundtracks and Top quotes
Warp presents All Tomorrow’s Parties film.